Pfizer officials say the company plans to more than double its weekly distribution of the COVID-19 vaccine within several weeks. 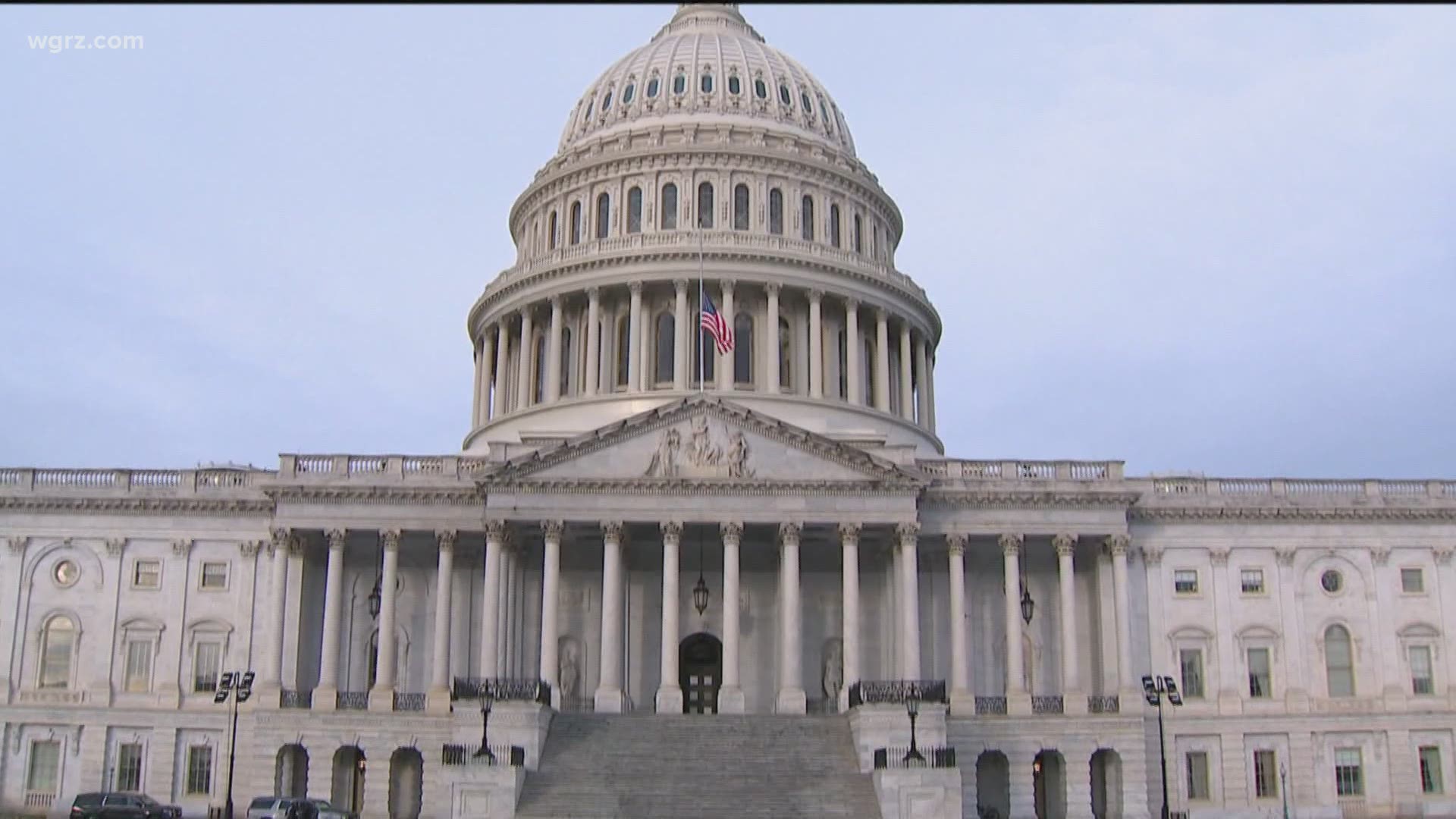 In New York State, supply has been delayed in recent days, due to winter storms nationally. Because of vaccine shipping delays, Niagara County ran into an issue this week in getting people second doses. Last week, the county says it did not receive any vaccine.

"If I hadn't received 1,000 doses yesterday [Monday], then I would've had problems with my second dose clinic I'm at now," said Dan Stapleton, the public health director for Niagara County.

According to Niagara County's public health director, those 1,000 doses were actually first doses. He says the county got approval from the Western New York Vaccine HUB to use first doses as second doses.

"First time we've had to do this I understand, we're being told the weather is the reason why, so we just hope that doesn't happen again," Stapleton said.

Stapleton is hopeful the vaccine supply will increase within weeks. On Tuesday, top vaccine manufacturers testified on a virtual hearing with federal lawmakers. Both Pfizer and Moderna say they'll boost supply.

Pfizer has a longer term goal of providing 300 million doses by the end of July.

Booster shots are also being looked at.

"We are going to or hope to initiate a study looking at the benefit of a booster in patients that have already received two doses of the vaccine," Young said.

"Moderna recently approached the government about the possibility of adding more doses of vaccine to each vial doing so would improve output by completing manufacturing runs more quickly," said Dr. Stephen Hoge, president of Moderna.

As for Johnson & Johnson's vaccine, there is strong hope that it is approved.

The FDA is reviewing Johnson & Johnson's single dose. That vaccine will go before an FDA committee on Friday. It's possible that vaccine could be approved by the end of the week.

Officials from all the pharmaceutical companies say they have the goal of having a surplus of vaccine this summer.

In the meantime, in Niagara County, Stapleton says the county is looking to have additional vaccine clinics at the Transit Drive-In, Gratwick Fire Hose and the Niagara Falls High Fieldhouse.