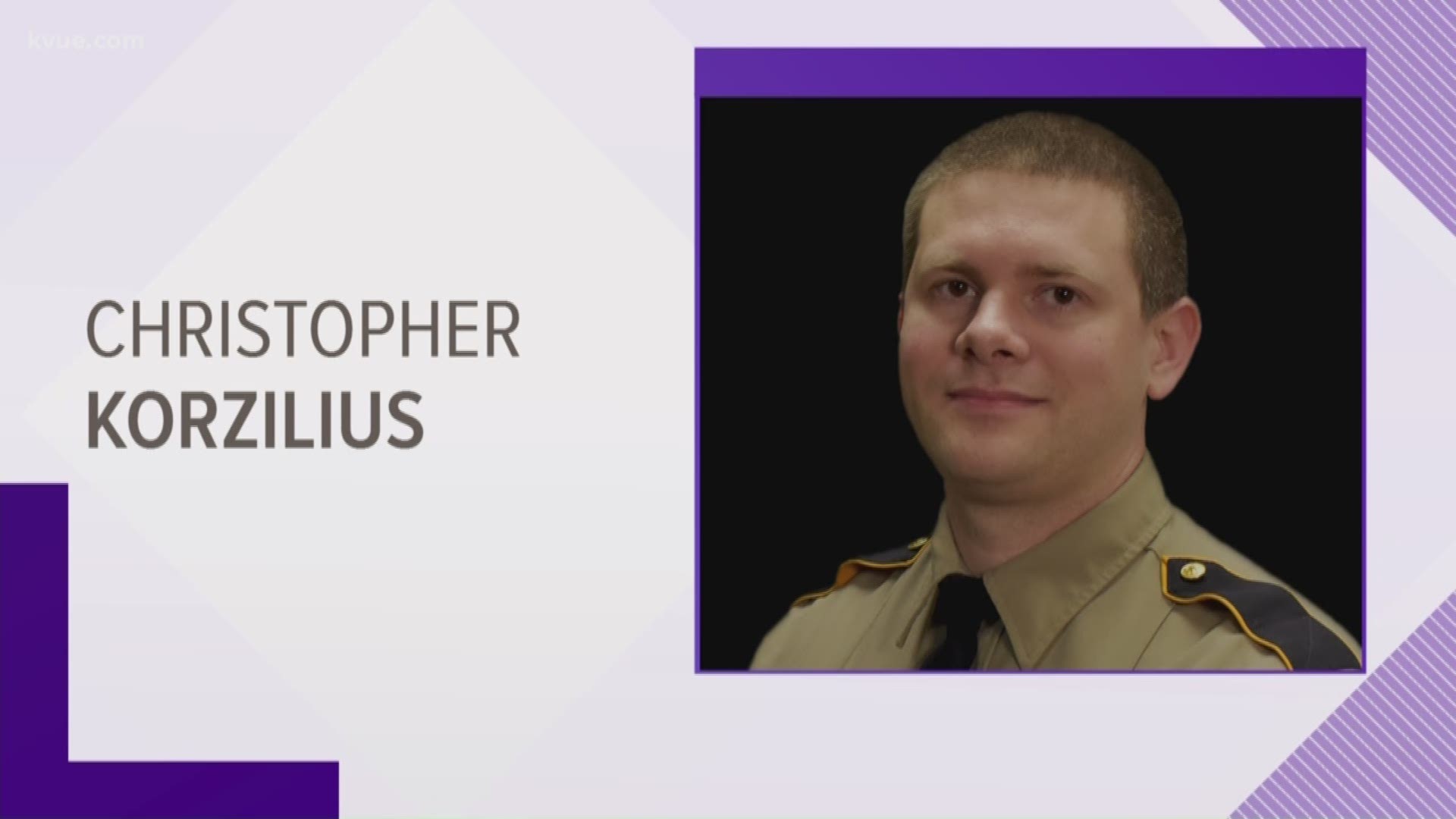 TCSO said that at 6:49 a.m. on March 18, the agency received a 911 call about a collision in the 7700 block of FM 2244. TCSO identified the driver of a vehicle that had rolled off the road as Sr. Deputy Korzililus. Korzilius was assigned to the VICE unit at TCSO and was driving his unmarked unit, a Ford Escape, at the time of the collision.

Austin-Travis County EMS (ATCEMS) said that another car was also involved in the collision and that one of the vehicles involved had flipped over onto its roof. ATCEMS said that Korzilius died at the scene and another person involved in the crash was taken to a hospital with serious but non-life-threatening injuries.

Korzilius joined TCSO in June 2016 and spent most of his time working night shift patrol in eastern Travis County, according to TCSO. He was promoted to Sr. Deputy two years after joining the agency and joined the VICE unit this January. According to TCSO, Korzilius was one of several honored earlier this month at the agency's annual awards ceremony. He and five other officers were awarded the Commendation Bar after responding to a dynamic "shots fired" call in July 2018. Korzilius also received several other awards and commendations.

TCSO said the crash is being investigated by the Texas Department of Public Safety, assisted by the TCSO HEAT (Highway Enforcement and Accident Team) unit.

Korzilius is the eighth TCSO deputy to be killed in the line of duty. Funeral arrangements are pending and will be announced at a later date.

Austin coronavirus cases reach 17, City says to act as if we are in Phase 5

Austin bars and restaurant dining rooms must close due to coronavirus, mayor says

City of Austin limits gatherings to 10 people due to coronavirus