Hope Cozart's son was held in in-school suspension for more than a week because of his hairstyle. 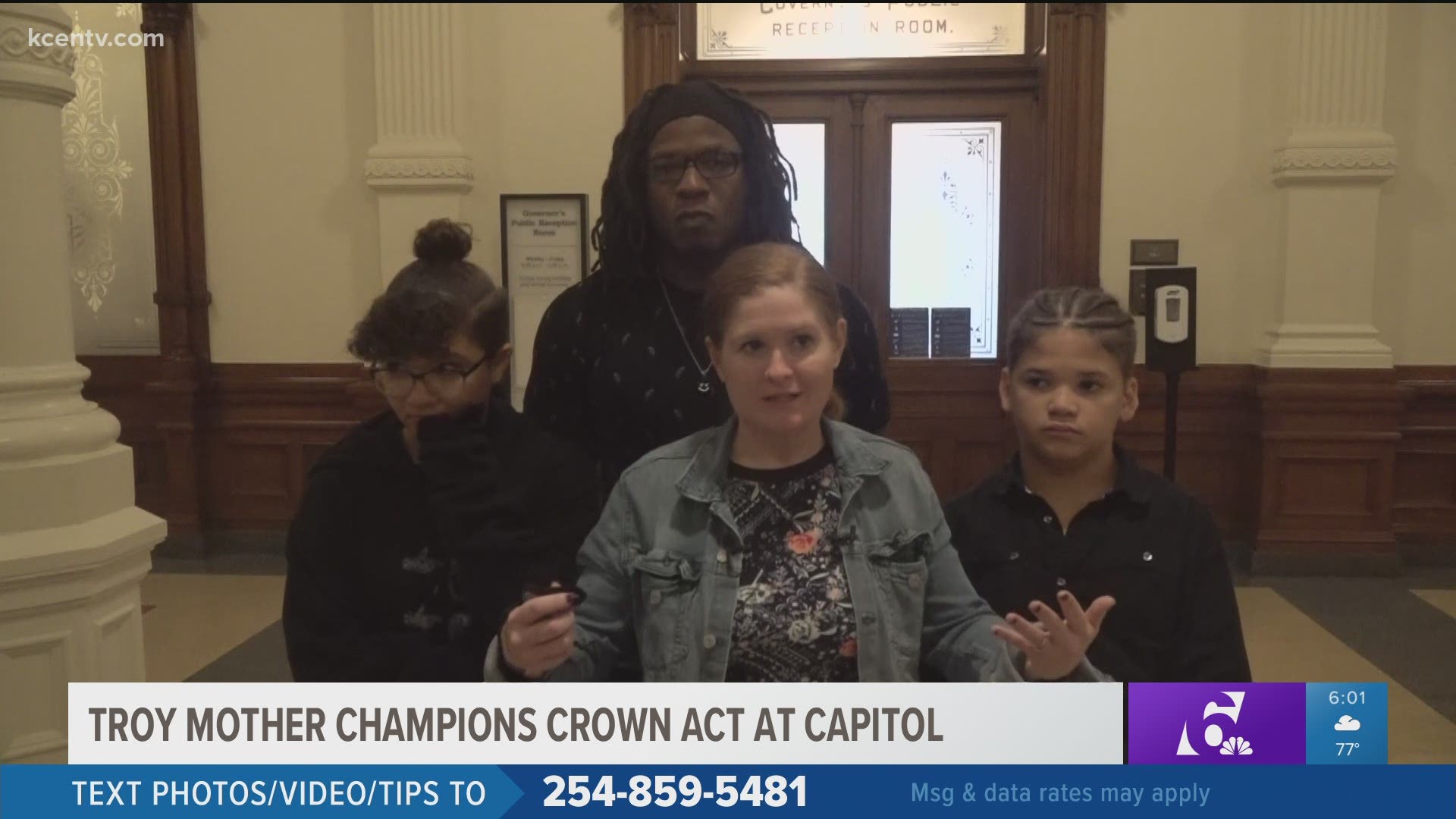 AUSTIN, Texas — A Troy woman who fought to allow her son to wear his hair in braids was in Austin Tuesday along with lawmakers to speak about the Texas Crown Act Day of Action.

Hope Cozart tried to get the Troy Independent School District to change its policy on how boys can wear their hair after her son was put in in-school suspension for more than a week.

"In the past month, we've only had one hairstyle approved and it was because I quote, 'it laid down.' As of [Monday April 27], my son was given lunch detention all because his hair wasn't laid down," Cozart said during the announcement of the Crown Act.

Cozart was joined by Rep. Rhetta A. Bowers, Rep. Ron Reynolds and Aicha Davis with the State Board of Education.

The Crown Act, or HB 392, would make it illegal for schools and employers to discriminate against anyone because of their race-based hairstyles and hair textures.

"The Crown Act stands for creating a respectful and open world for our natural hair," Bowers, who authored HB 392, said. "... The fundamental right to show up as your authentic self must be protected. Fear of consequences of going to work or at school for your natural hair simply shouldn't occur. Worrying if you'll be fired or suspended because of wearing a protective style that preserves the health of your hair have to come to an end."

Cozart's son Maddox has a black father and a white mother. She told 6 News that Maddox and his sisters wanted to learn more about their African heritage and wanted a braided hairstyle.

Cozart said during a school board meeting on April 19 this issue is not just about her son, but something that is dealt with by many in everyday life.

"There are people that suffer at work because of hair styles," said Cozart. "I spoke with a news anchor who has to get permission for her twists which is ridiculous, so it is bigger than just my son."

The school board did not vote on whether to change the policy.

"This is a good change and will help prevent any other families to be put through what me and my family are currently experiencing," Cozart said. "Our children should go to school to learn, not be judged by the adults we entrust them with."