Beaten and robbed in her own home, metro Atlanta woman asking for help finding attacker

Lisa Holland walked inside her home, heard footsteps behind her, and in the dark saw an intruder, who then began beating her. 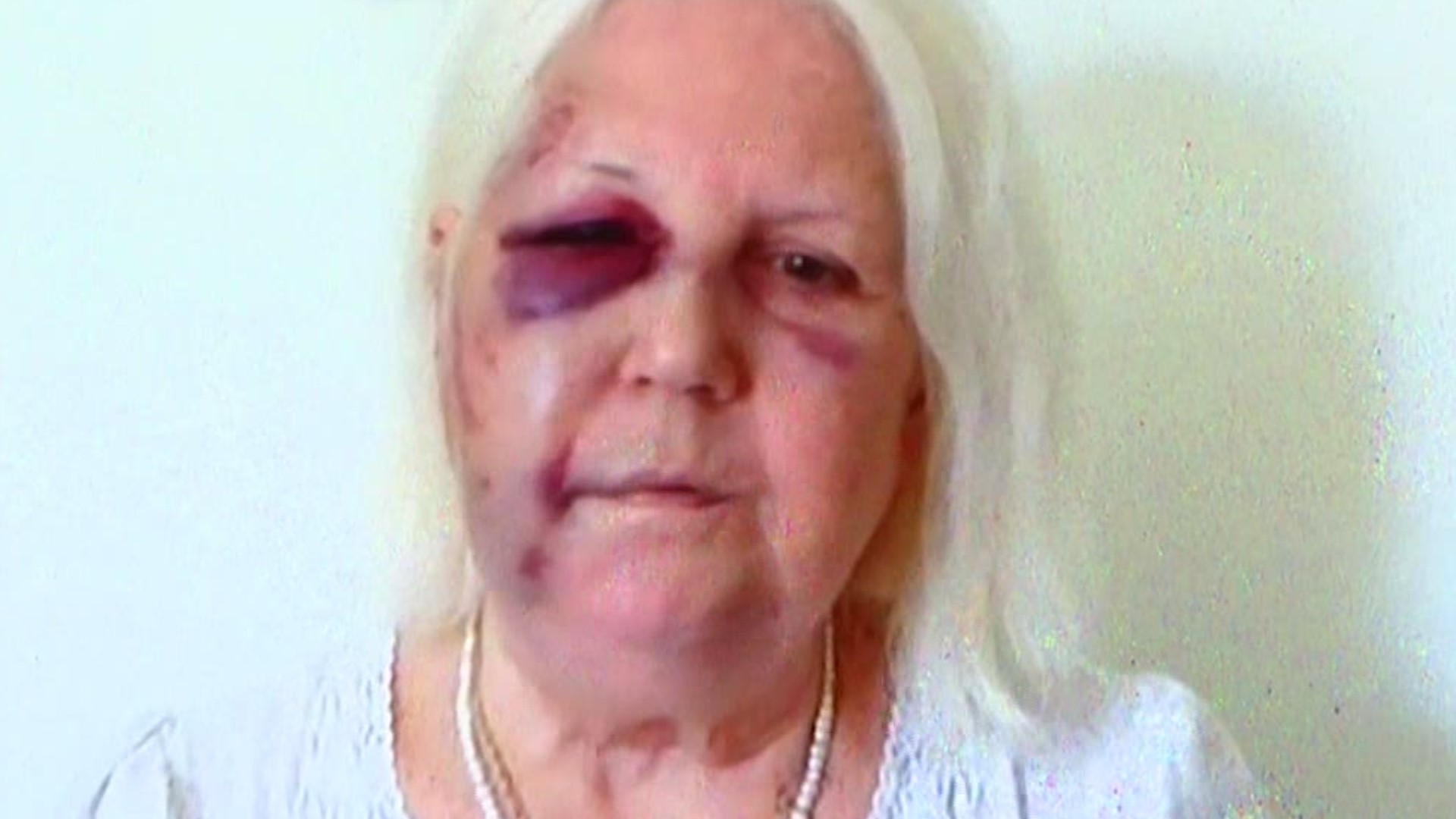 And as she recovers, she is working with police to identify her attacker - and warning everyone to be on guard, always and everywhere.

Lisa Holland had just arrived home after being out all day.

Holland parked her car in the driveway in front, walked up to her front door, unlocked it, went inside.

After a few moments, she heard footsteps. And, in the darkness, she could see an intruder.

“That’s when he jumps me,” Holland said Friday, her face swollen, her jaw broken, her eyes bruised.

“He threw me down on the floor. And he said, ‘If you don’t cooperate, I’m gonna kill you.’ I was putting up a fight. And I guess it made him mad. And I started screaming, and he just started punching me real hard.”

Holland lost consciousness. When she awoke, the man was gone, along with her purse, keys, I.D., phone, and her peace of mind.

“I really thought he was going to kill me. I’m really, just like, there’s no way I’m gonna get out of this.”

Holland spent the night at Grady Memorial Hospital in Atlanta where doctors treated her wounds and determined she would require surgery for her broken jaw.

Holland has lived in her home, in the Northcrest neighborhood of Tucker, since 1976.

“People look out for each other here. So we’re just shocked that this happened,” said Debora Knott, the president of the Northcrest Civic Association.

Knott said DeKalb County Police have been checking door cameras up and down the street. They haven’t found any video, yet, of the attacker -- or his car, if he had one.

Police are working on a description that is detailed enough to help an artist, perhaps, draw a sketch of him.

“We’re hoping someone is going to come forward with some information for police,” Knott said. “We just keep praying that, in the end, this person is going to be stopped from having this happen again.

Holland’s neighbors are rallying around her and caring for her.

She and her neighbors are warning everyone that, whatever precautions you are taking to be safe, take more.

“It’s sad we that we have to live like that,” Holland said. “I’ve always felt safe in that neighborhood. And after this, it’s, it’s a bad thing.”

Detectives are asking anyone with any information to contact DeKalb County Police at the Tucker precinct, 678-937-5340. Or people can qualify for a reward by leaving anonymous tips with Crime Stoppers Atlanta, 404-577-8477, to help stop the man who attacked Lisa Holland--before he attacks anyone else.