*UPDATE* The woman killed has been identified by police. 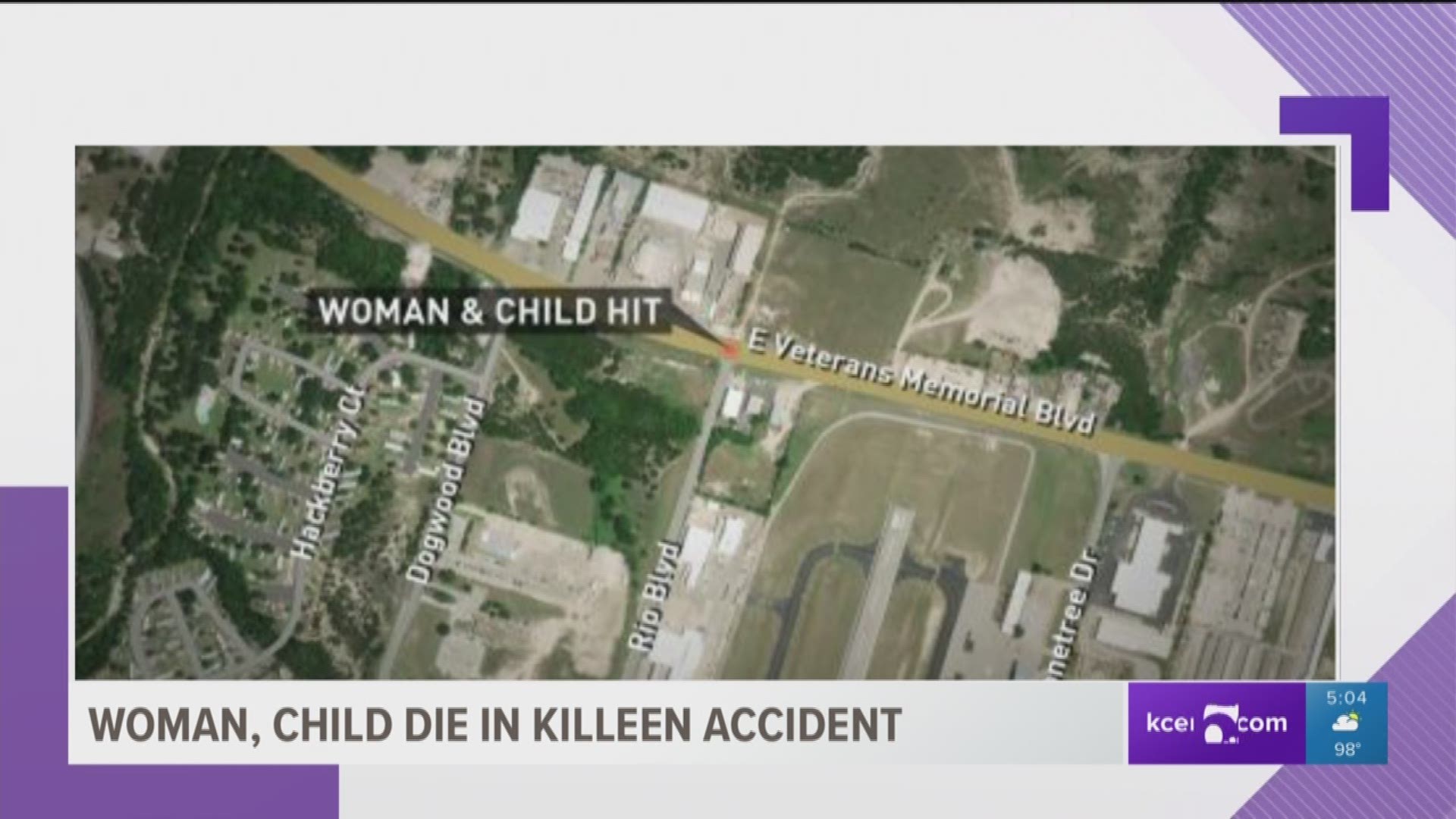 KILLEEN — A woman and young child were hit and killed by a car early Thursday morning in Killeen.

It happened just after midnight on the 5400 block of Veterans Memorial Boulevard. When officers arrived they found both victims lying in the roadway.

A preliminary investigation shows that both the woman and child in the street when they were hit by a car headed eastbound. The passengers in the car were not injured.

The woman killed has been identified as 32-year-old Ashley Carol Leonetti of Harker Heights. The child, a 2-year-old, has not been named yet. The relationship between the woman and child has not been confirmed by police. Autopsies have been ordered on both victims.