The winners will also join the ranks of other performers featured in the campaign throughout the years, such as Willie Nelson, and George Strait. 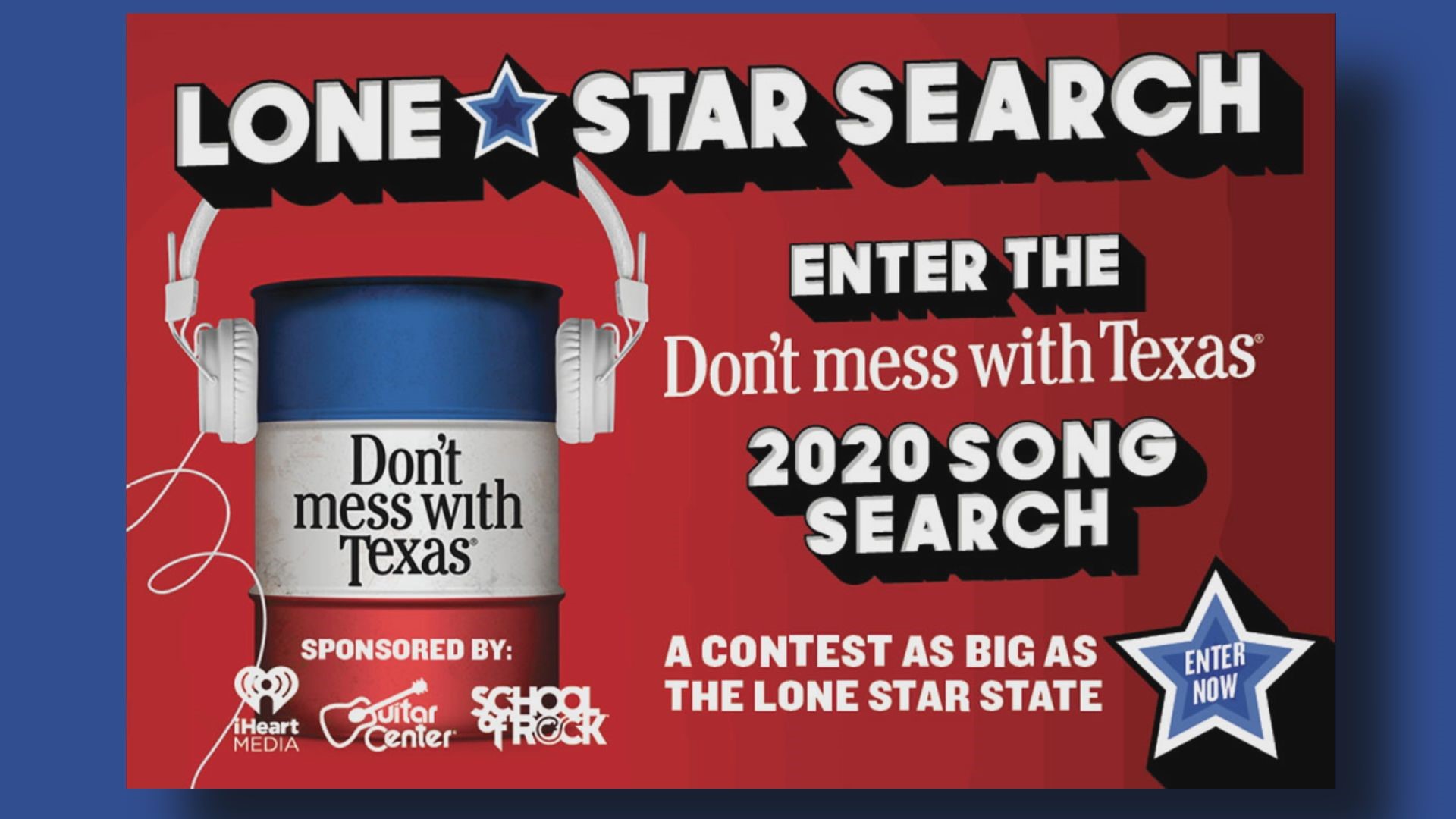 This is for everyone 13 and older who want to show off their musical talents and spread the anti-litter message across the state.

"Don't mess with Texas," is a message that has been around in the Lone Star state since the 80s as part of TxDOT's anti-litter campaign.

Now, Texans can add their own voice by entering the 2020 song search.

"How cool would it be if someone from central Texas or our area won out of all the state of Texas, that their song rose to the top," Jake Smith said, a spokesperson for TxDOT Waco District.

2019's song search winner was Whitney K. Lane of Laporte, Texas and this time it could be you.

"There will be two winners, one of them will win a home recording studio courtesy of Guitar Center and the other one will win a School of Rock Scholarship and that is courtesy of iHeart Media," Smith said.

The winners will also join the ranks of other performers featured in the Don't mess with Texas campaign throughout the years, such as Willie Nelson, George Strait, The Randy Rogers Band, and Las Fenix.

"It's fun but the message remains the same that littering is a problem and we should do everything we can to hold ourselves accountable and those around us accountable to keep our roadways clean and safe," Smith said.

The goal of the campaign is to keep Texas clean. Littering is against the law and you could face up to a $500 fine and up to a $2000 fine along with 180 days in jail for a repeat offense.

If you think you've got what it takes, you can submit your 30 second original song mentioning the "Don't mess with Texas" campaign and the importance of keeping Texas litter-free.

TxDOT is accepting applications until December 31by 11:59 p.m. After that everyone is able to participate by voting for their favorite and then two winners will be selected.