TxDOT highway project in Temple has end in sight 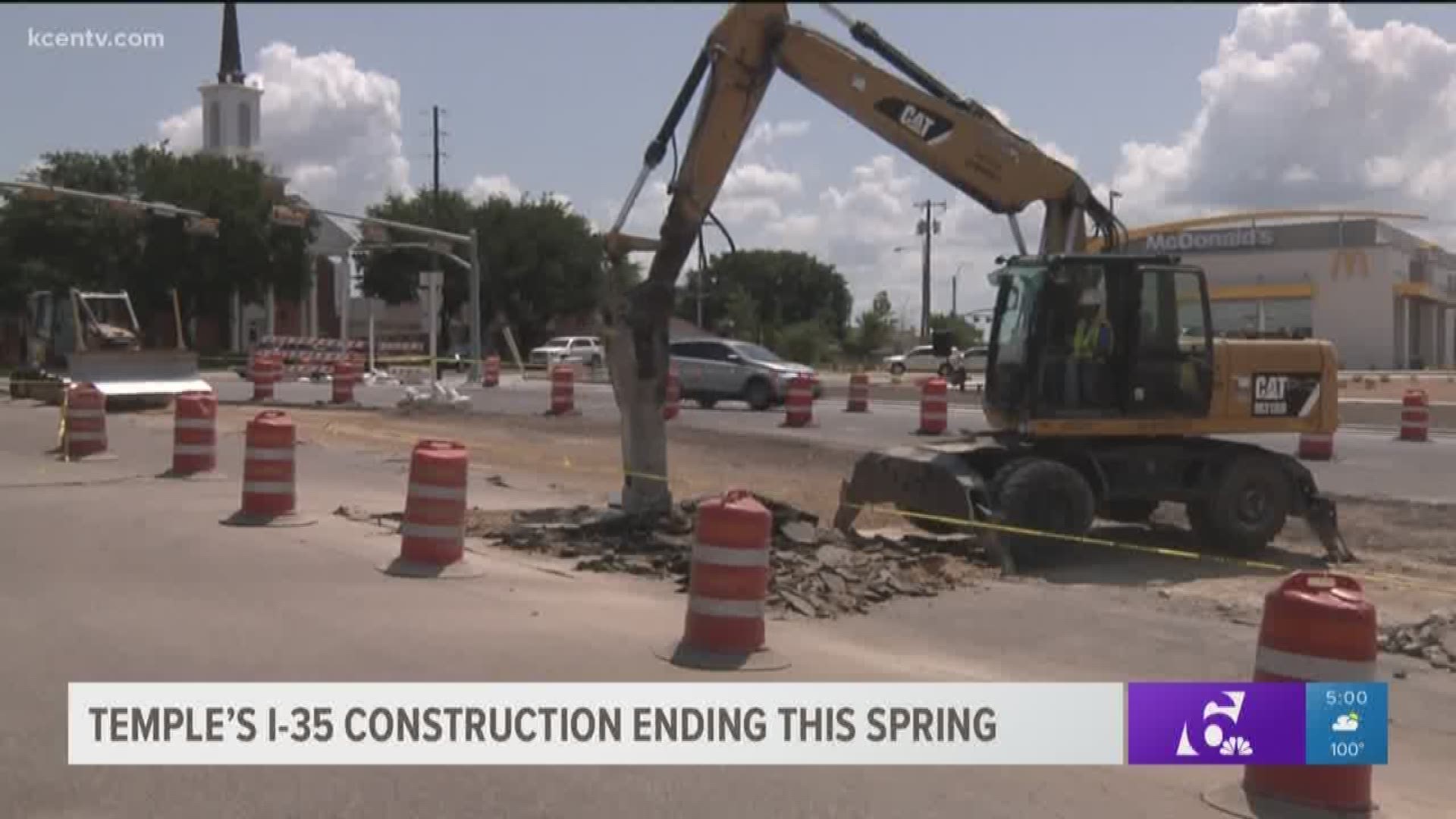 Temple — TxDOT's I-35 projects might seem never ending, but it turns out the project in Temple does have an end date in sight. Or, at least, an end month.

After attending a meeting with TxDOT and the Temple Chamber of Commerce, Texas District 55 State Representative Hugh Shine told Channel 6 the project was slated for completion in May of 2019.

"I think we've needed this for a long time because of the traffic that flows though on interstate 35," Shine said. "The expansion having three lanes on each side and the frontage roads being continuous on the side, that's very important for the community."

Shine said there were several issues that initially slowed down TxDOT after right-of-ways were not obtained for the contractor and utilities were not located. Shine said the TxDOT project in on I-35 in Temple has been underway since late 2017, and there were additional problems with the BNSF railroad as the highway had be built around railroad infrastructure. He said most of those issues now appear to be dealt with, though he is still helping TxDOT coordinate with the railroad.

"Once all those things started being resolved, things starting moving a whole lot faster," Shine said.

While most of the project will fall into place next year, TxDOT Mobility Coordinator John Habermann told Channel 6 the 301 northbound exit, which was removed from central Temple around 10 months ago, should be restored by the end of 2018.

Other improvements in the final project will include turn-around lanes being built across most of the bridges in Temple, and entirely new roads will be built to connect West Adams Avenue and Airport Road to the one-way streets that cross I-35 in the city's center.

Haberman was not able to tell Channel 6 when those streets would be finished or when the traffic lights at the frontage road intersections across Central Avenue and West Adams Avenue would be complete.