The university said the infractions do not involve sexual misconduct, academic fraud, or financial aid. 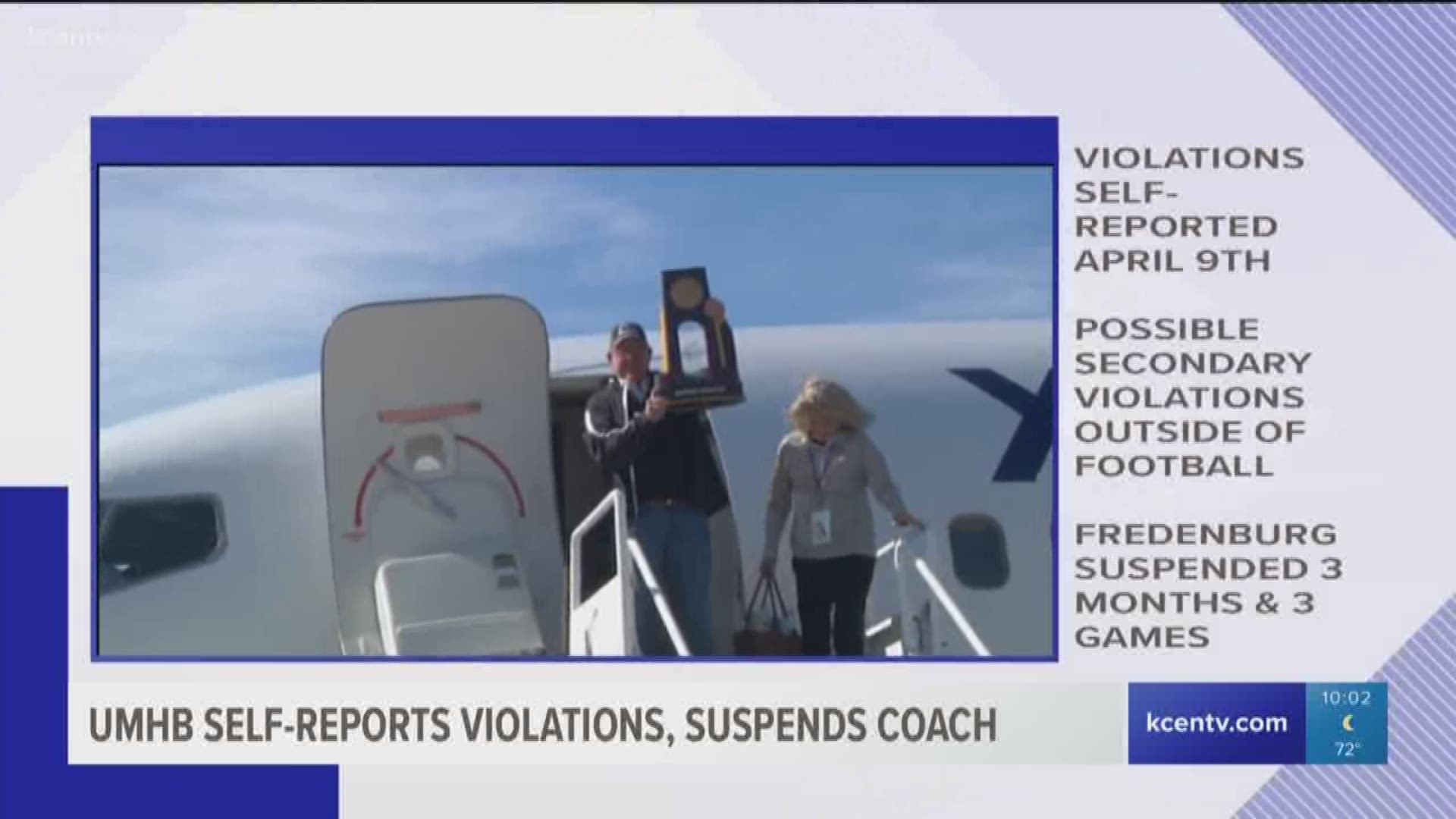 belton — The University of Mary Hardin-Baylor suspended head football coach Pete Fredenburg for three months without pay Monday for major infractions, the university stated in a release Monday. In addition to the suspension, Fredenburg will also miss the first three games of the 2018 football season.

On April 9, the university self-reported rule violations to the NCAA’s enforcement office regarding extra benefits to two football student-athletes. By NCAA rule definition, the violations are major infractions.

The university said the infractions do not involve sexual misconduct, academic fraud, or financial aid.

Based on an investigation by the university, they believe there was no intention to violate or circumvent NCAA rules. There was no effort to hide or deny the conduct that resulted in extra benefits to student-athletes, and the benefits were not provided with an intention to obtain either a recruiting advantage or competitive advantage, the university stated.

Fredenburg said he has spent his entire career as a football coach investing in kids.

“In this instance, I unintentionally broke an NCAA rule,” Fredenburg said. “I regret this and I accept responsibility.”

The NCAA is currently reviewing possible secondary violations outside the program, according to the university.

UMHB said they will fully cooperate with the NCAA as they review the matter.

University President Randy O’Rear said the university is committed to upholding both the spirit and letter of NCAA rules and they will use this as a learning opportunity.

“The university will continue its tradition of excellence and hold itself to the highest standards of compliance and integrity,” O'Rear said.

Defensive coordinator Larry Harmon will serve as interim head coach during this period.