Army veteran with no family to be buried in Killeen Wednesday; public invited to funeral

Spc. Billy Mark Guinn is an unaccompanied soldier, which means he is an unclaimed veteran with no next of kin. 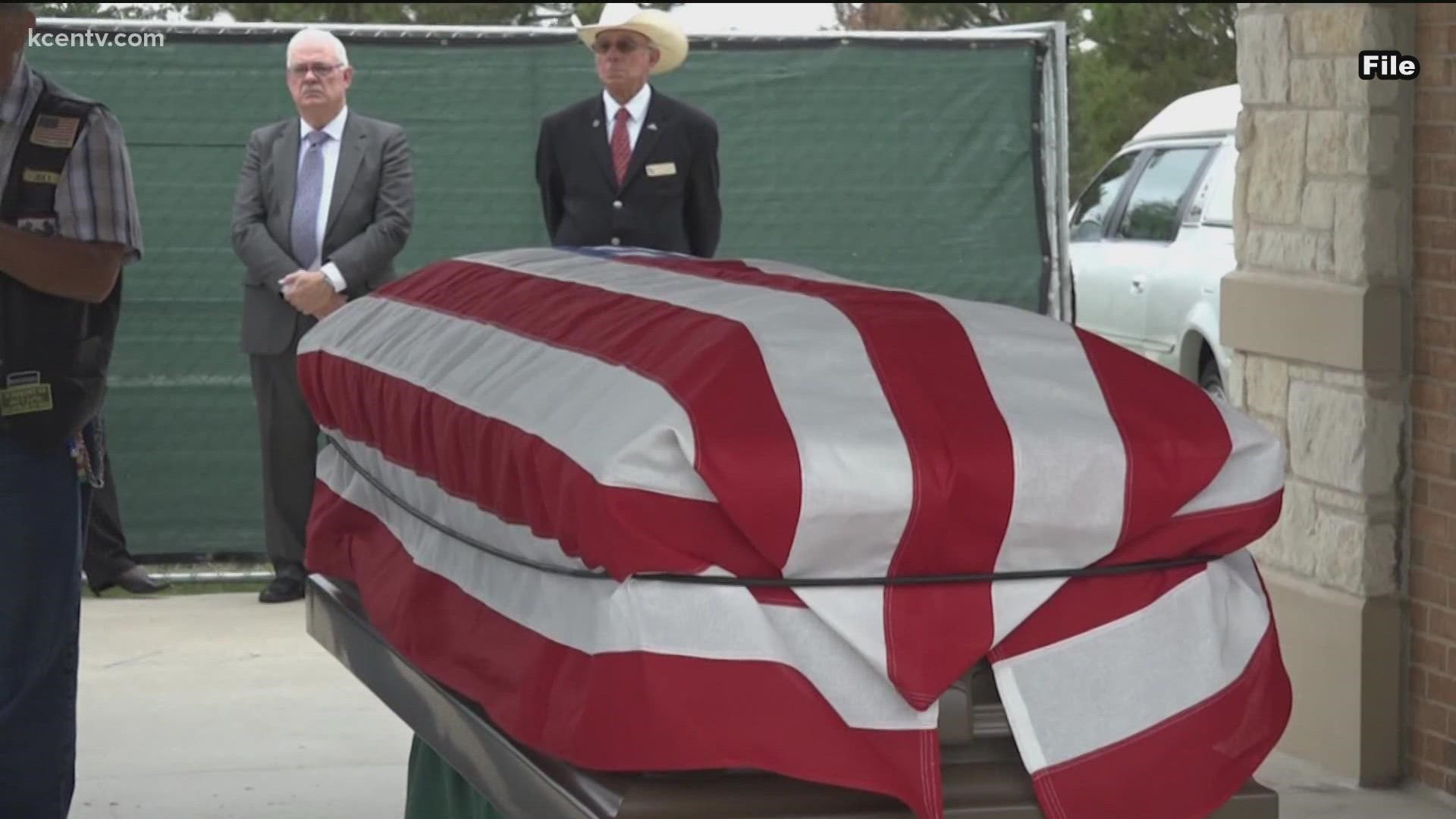 KILLEEN, Texas — The public is invited to attend a funeral of an unaccompanied soldier who will be buried in Killeen Wednesday, according to officials.

Spc. Billy Mark Guinn served in the Army from June 27, 1974, to Aug. 3, 1976, according to a Central Texas State Veterans Cemetery Facebook post.

Guinn is an unaccompanied soldier, which means he is an unclaimed veteran with no next of kin or family, according to officials. The Veterans Land Board on-site representative will accept the United States flag on his behalf.

Officials invite the community to attend the services of unaccompanied veterans.

The burial will start at 11 a.m. at the Central Texas State Veterans Cemetery, 11463 State Hwy 195 in Killeen.