The Humane Society said 20 cats were rushed to the vet in critical condition and two had to be euthanized because of poor health. 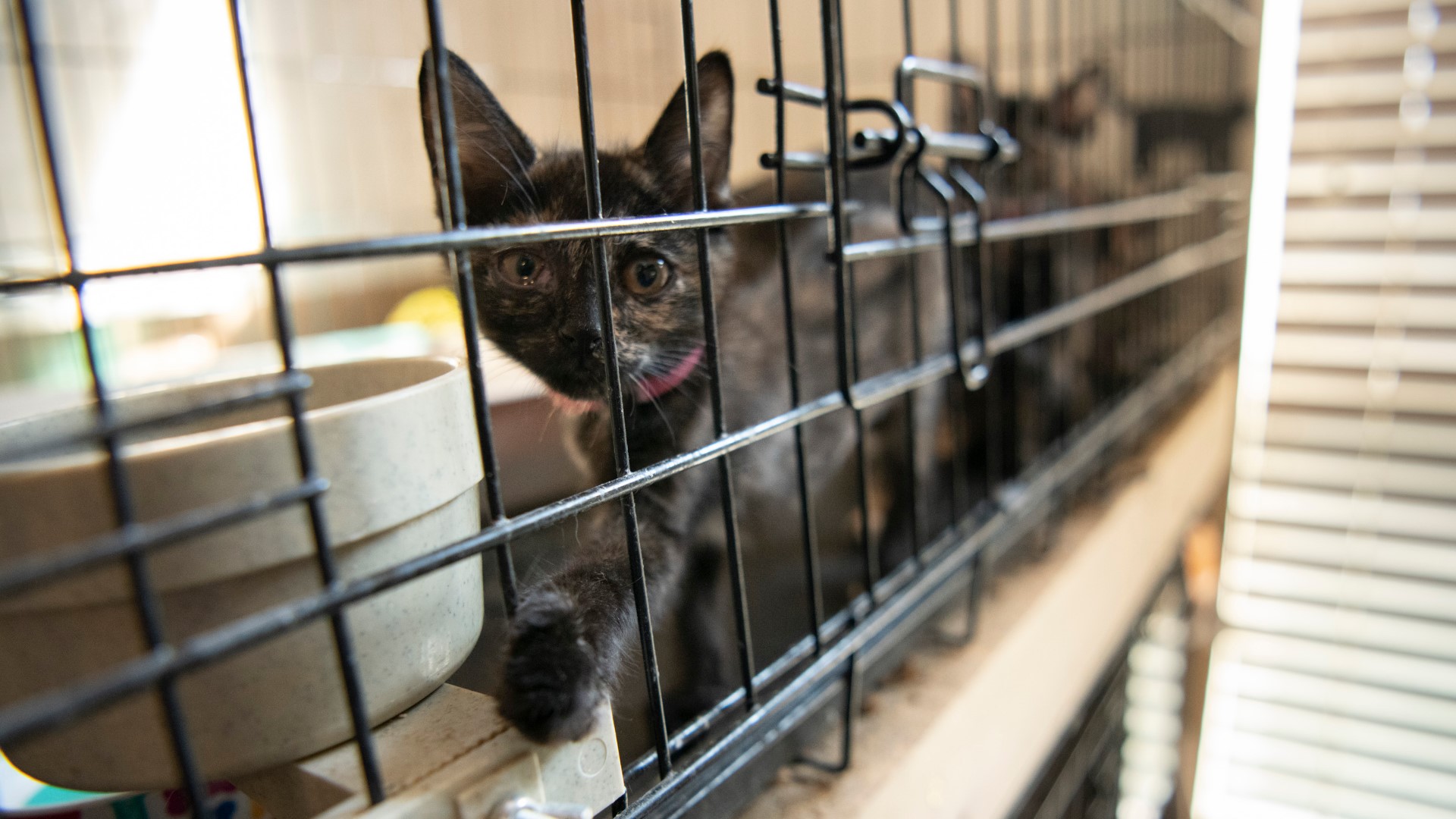 KILLEEN, Texas — After almost 200 animals were rescued from a Killeen house Friday, 20 cats had to be rushed to the vet in critical condition. Two of those cats had to be euthanized because of poor health and around 40 dead animals were found in a freezer,  according to the Humane Society of the United States.

Most of the surviving animals seem to be improving, Humane Society officials said.

Authorities served search and seizure warrants at the home near the intersection of Foxglove Lane and Watercrest Rd. around 7 a.m. and found the animals in the 1,800-square-foot property.

The Humane Society was called to help after concerns from the city about the welfare of animals.

Malnourished and sick cats, kittens and several dogs were removed from the property. Officials said the animals were living in "deplorable" conditions. The Humane Society said workers found full litter boxes in the house with no usable space left for the cats.

The Spark of Life Kitten Foster and Rescue posted to Facebook Friday afternoon that their facility was served a warrant.

"While we admit to being overcrowded, we have never intentionally put an animal in harm’s way," the statement read in part. "All animals, including our personal pets, are being seized by the Killeen Police Dept. and transferred to the American Humane Society. We are cooperating fully because our concern has always been for the safety and welfare of cats. If we are not providing adequate care, then we should not be a rescue."

The director of Spark of Life asked not to be named but said in a Facebook statement, "Spark of Life isn't dead...I may have to change things around, switch our focus more to education and prevention.  But the commitment to help the most vulnerable population remains."

The director said some of the medical issues the Humane Society helped with were issues the cats had when they came to Spark of Life.

The director added she will not make the mistakes again.

Nikki Prather, the state director of the Humane Society, said the situation was unacceptable despite the director's goodwill.

"Even when there's good intent, the conditions that the animals were living in were poor and not acceptable," Prather said. "So we're here to meet those needs now and care for the animals."

Killeen police said the owners will have to appear in municipal court.