District fires Mountain Pointe coach who betrayed his own team

Justin Hager has ten days to respond to the firing, after which he will stop collecting his $90,000-a-year salary. 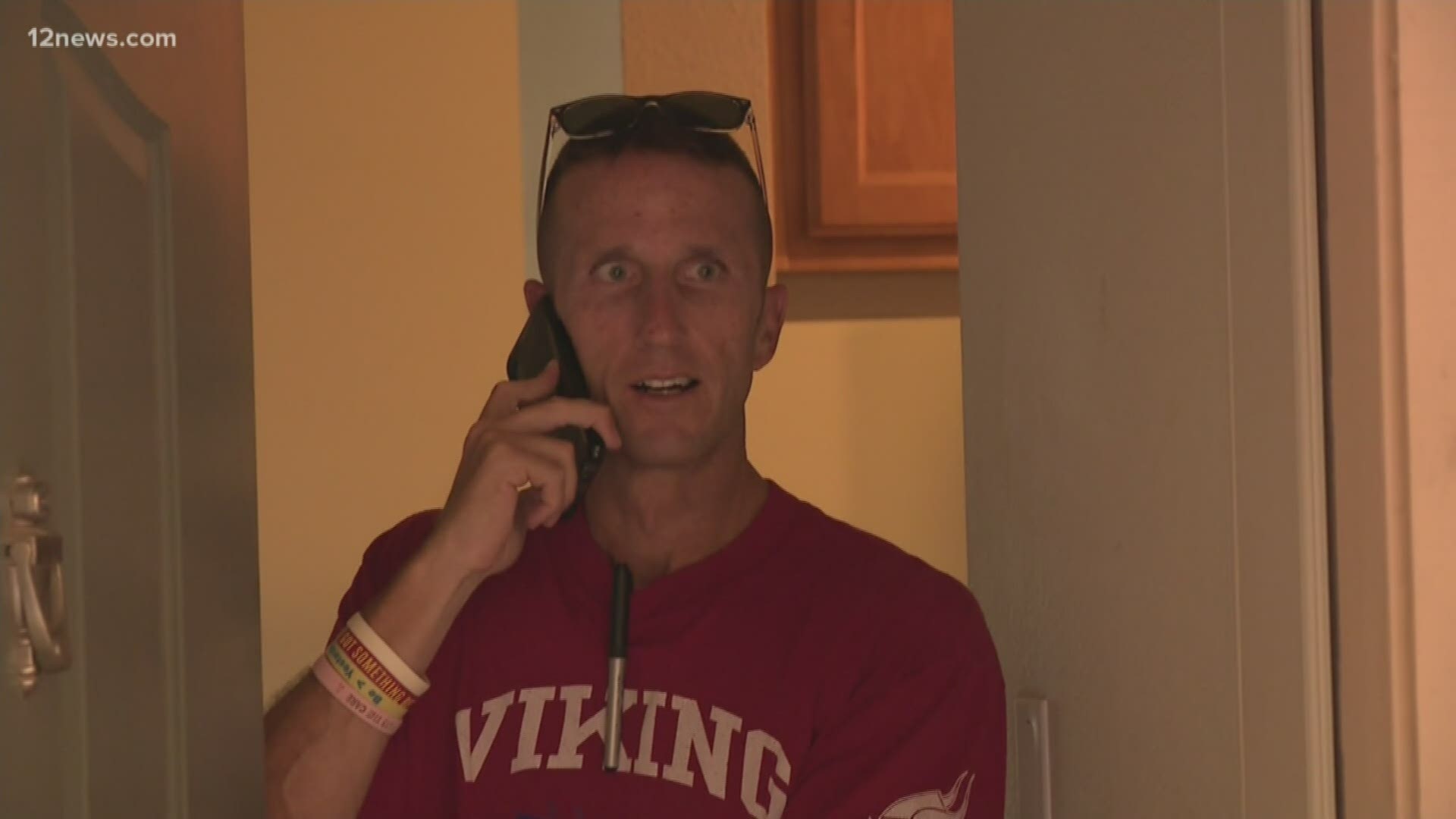 PHOENIX — The Mountain Pointe High School coach who was caught leaking game plans and plays to opponents has now been fired.

The Tempe Union High School District Governing Board voted unanimously to dismiss Justin Hager on Wednesday, while providing evidence as to how they caught him.

Hager had previously tried to quit, but the district's board of governors refused to accept his resignation two weeks ago so they could formally fire him.

"It is really just a formality, but this certainly does set the record that the Tempe Union High School Distirct did dismiss him from his employment," says district spokeswoman Jennifer Liewer.

Hager was placed on paid administrative leave after attempting to resign, meaning he continued to collect a $90,000-a-year salary while the district finalized the process.

In a statement of charges, TUHSD says head football coach Rich Wellbrock was informed about about the anonymous emails by a coach at Faith Lutheran in Las Vegas. Wellbrock says he heard about the Walter payton email address twice before, once from a coach at Brophy Prep, and another time from his own offensive coordinator. According to the report, Wellbrock thought it was just someone he had upset during his career.

The tip from the coach in Las Vegas however, prompted Wellbrock to do some personal investigating. Coaches at Mountain View High School and Pinnacle admitted to Wellbrock they had received emails from the same WalterPayton12 alias, confirming a problem.

At this point, Wellbrock's son, who is an assistant coach took the following steps to try and figure out who was behind the WalterPayton12@yahoo.com email account.

5. Stated he did not have access to the phone

6. A retrieval email came up as j****er@tempeunion.org

The board based the dismissal on two charges in connection with emailing critical strategies to opposing coaches: unprofessional conduct and improper use of district technology.

These charges are required to be reported to the state, which regulates all teaching certificates. This means the firing could give the state reason to revoke Hager’s certificate for good.

Hager has ten days to respond to request a hearing. If he does not respond, his employment ends on the tenth day, which is when his district paychecks will stop.

MORE: 'He was a really good coach, I'll give him that,' says former Mountain Pointe girls basketball player about Justin Hager