The criminal complaint against Cecily Aguilar details what happened between April 23, the day after Guillen disappeared, and June 30, the day remains were found. 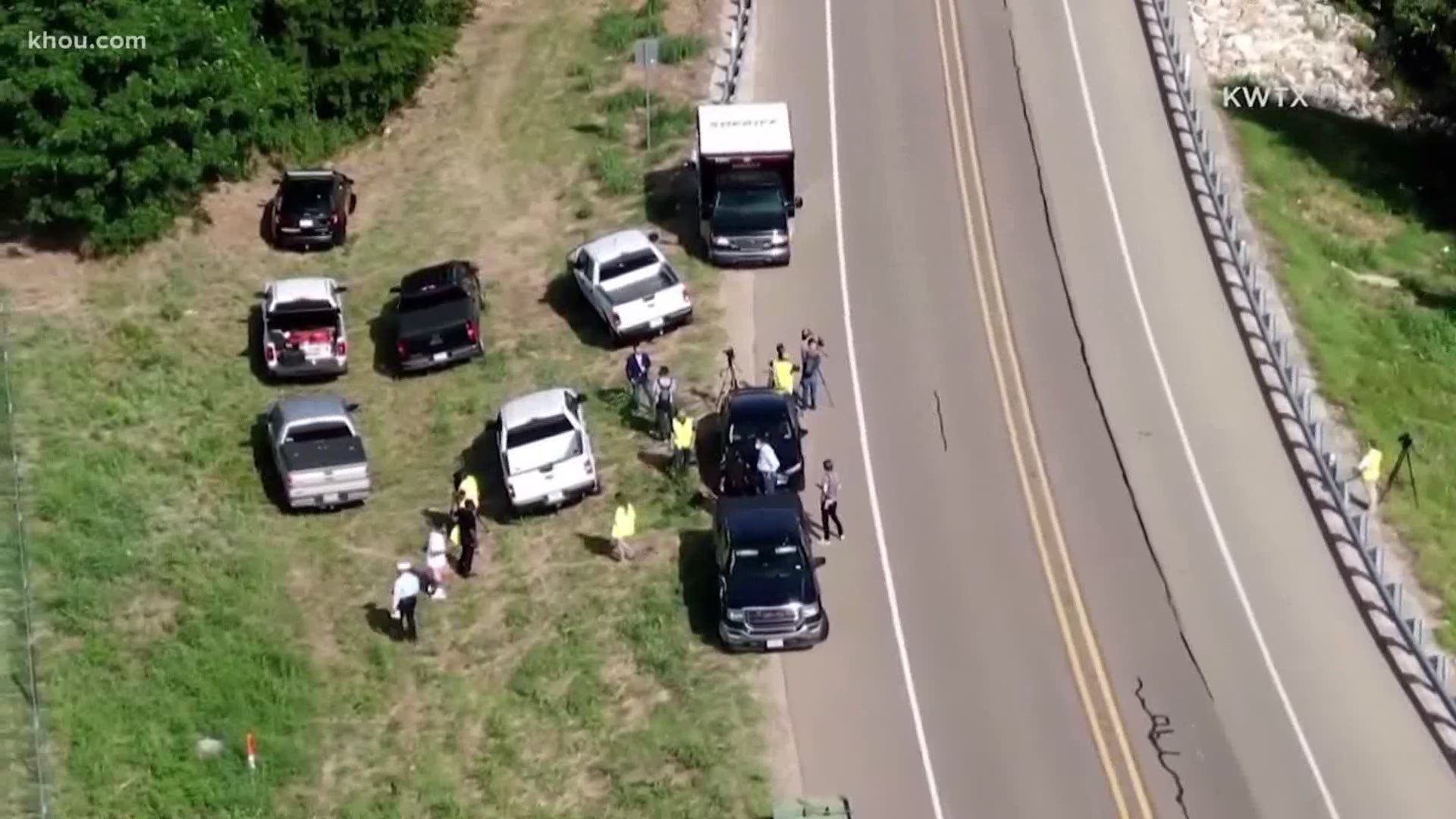 HOUSTON — We’re learning more as to how authorities were able to link Specialist Aaron Robinson and his girlfriend, Cecily Aguilar, to Vanessa Guillen’s disappearance.

Remains found on Tuesday 30 miles outside of Fort Hood have yet to be identified, but authorities believe they belong to Guillen.

Robinson killed himself before authorities could detain him.

Aguilar has been arrested and is charged with one count of conspiracy to tamper with evidence.

The criminal complaint against her details what happened between April 23, the day after Guillen disappeared, and June 30, the day those remains were found.

In the affidavit, Aguilar stated that Guillen never made it off Fort Hood alive.

Investigators used Robinson’s and Aguilar’s cell phones to tie them to the disappearance.

According to this criminal complaint, Army investigators were notified on April 23 that Guillen was reported missing by her unit.

A search of Guillen’s phone records show the last text she sent out was to Robinson.

According to the affidavit, Robinson told investigators on April 22 he and Guillen worked together briefly.

On April 28, Robinson was interviewed by Army investigators about what he did the day Guillen vanished.

He said after work, he left Fort Hood to go home to his girlfriend.

He told investigators the one time he left his home that day was around 6:30 p.m. to return to the post to sign up for a training.

A few weeks later on May 18, two witnesses stated seeing Robinson on April 22 load a heavy “tough box” with wheel into his car.

The next day Robinson let investigators search his phone.

Records show Robinson called his girlfriend multiple times on the night Vanessa disappeared and as late as 3:30 a.m. the next day.

He also received calls from Aguilar throughout the day.

Aguilar wasn’t interviewed until a month later on June 19.

She stated she was with Robinson all night the day Guillen disappeared.

Investigators said that information didn’t match the length of the calls.

Aguilar was later re-interviewed and said she had lied before and that she did leave their home with Robinson on April 22 to look at stars at a park in Belton, Texas.

Both of their phones' location records show they were near the Leon River on April 23 and April 26.

Using that information, on June 21, authorities search an area where Robinson’s phone had pinged.

There they found a burn site with disturbed earth and the burned remains of what appeared to be “tough box."

It wasn’t until June 30 that partial remains believed to be Guillen were discovered.