At a family approved “cruise” car parade near Vanessa Guillen’s memorial mural, supporters rallied for the Army specialist and her family. 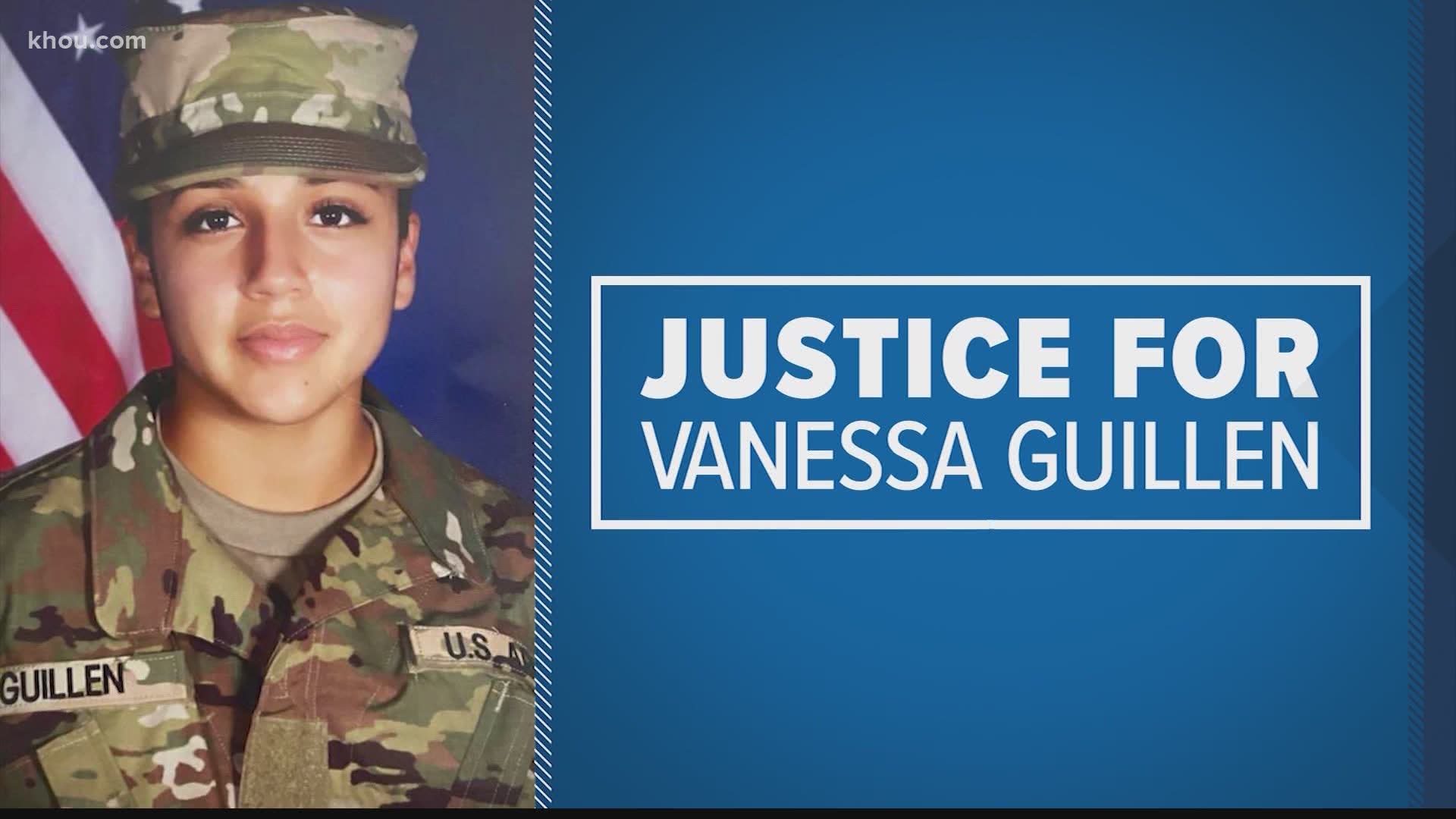 HOUSTON — Nearly a week after dreams of bringing missing Houston soldier Vanessa Guillen home safely were shattered, the Houston community rallied behind her family on Saturday.

It comes as the Secretary of the Army calls for an independent review of Guillen’s case.

One of the hottest days of the year didn’t stop people from camping out for Guillen and her family.

A sold-out drive-thru barbecue fundraiser had cars lined up for blocks. All proceeds benefited the family who is overwhelmed and grateful for the support.

“I mean as Houston we have to stick together,” the sister said.

They warn supporters of fake events or donation drives not approved by the family.

At a family approved “cruise” car parade near Vanessa Guillen’s memorial mural, supporters rallied for the Army specialist and her family.

Other local leaders like Harris County Commissioner Adrian Garcia said these events show that the community demands answers in a peaceful way.

Lupe Guillen said this is just the beginning.

“We’re going to keep going until justice and answers are served because how is this possible,” she said.

3rd Cavalry Regiment Commander COL Ralph Overland assigned a team to investigate the sexual harassment claim June 18 but did not find any evidence to support the claim. Overland said the investigation was ongoing.