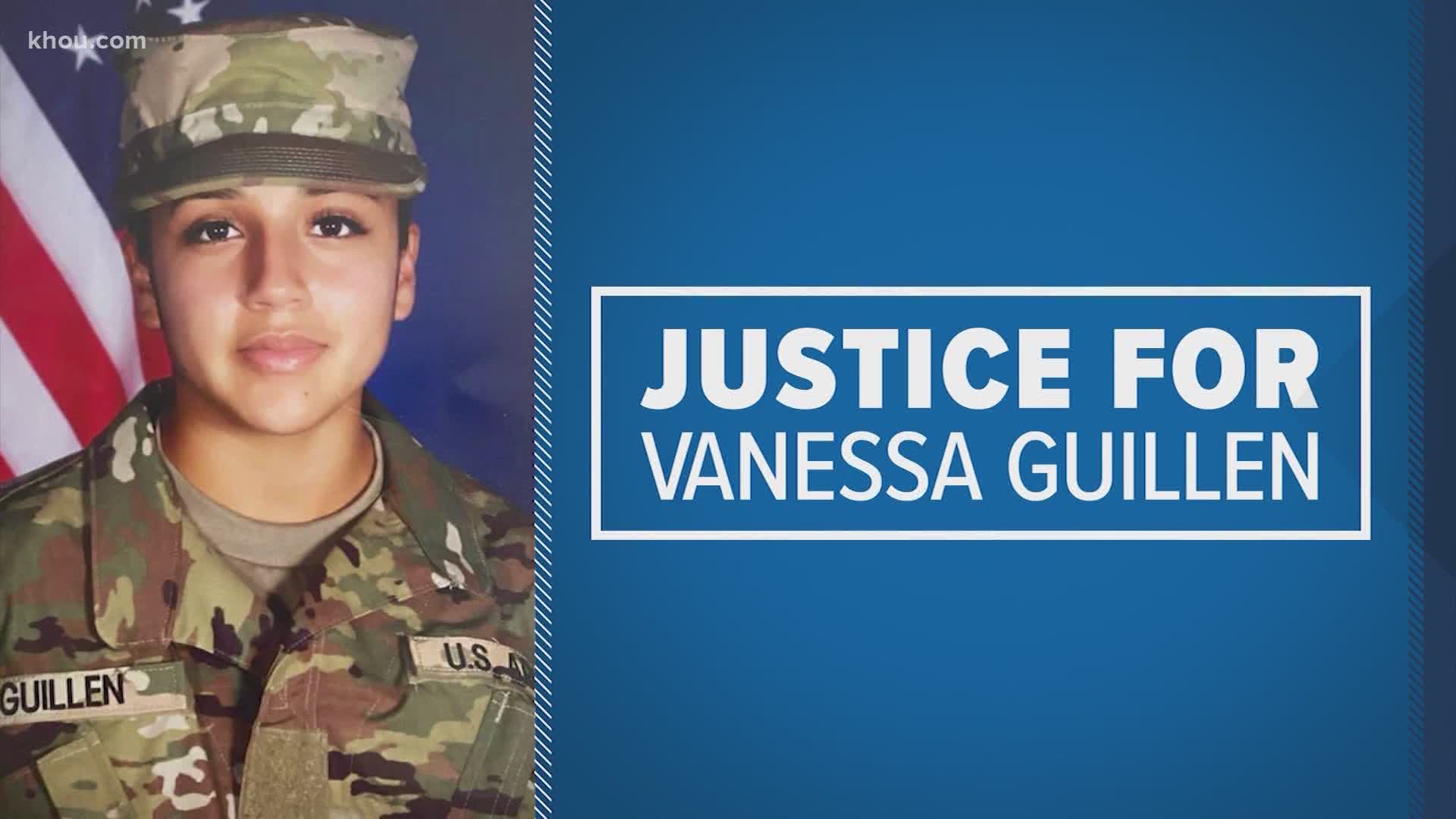 Efflandt and Overland said the remains found last week were positively identified through DNA as those of Guillen. They both expressed condolences and said Vanessa will forever be treated as a member of the Army family.

Pfc. Aaron Robinson was named as a suspect in Guillen's disappearance and death. Robinson shot and killed himself in Killeen in the early morning hours of July 1.

TIMELINE: How we got to this point in the Vanessa Guillen case

Robinson's girlfriend, Cecily Aguilar, was named as a second suspect in the case and charged with conspiracy to tamper with evidence. Aguilar faced a judge in federal court in Waco Monday morning.

Guillen disappeared April 22 from Fort Hood. Human remains, believed to be Guillen, were discovered June 30 near the Leon River in Bell County.

According to a criminal complaint, Robinson killed Guillen in the armory room on Fort Hood then took her body to the area where the remains were found. Robinson took Aguilar with him and the two dismembered her body and buried the remains in multiple places, according to the complaint.

The Guillen family attorney, Natalie Kahwam, identified the remains as Guillen Sunday but that had not been confirmed by the Army Criminal Investigation Division.

Kahwam and Guillen's family have called for congressional hearings into how Fort Hood handled her disappearance. They also asked for a bill to be passed in her name to protect victims of sexual harassment and assault in the military.