The goal of the bill is to allow victims of sexual harassment and sexual assault to report it outside the chain of command in the military. 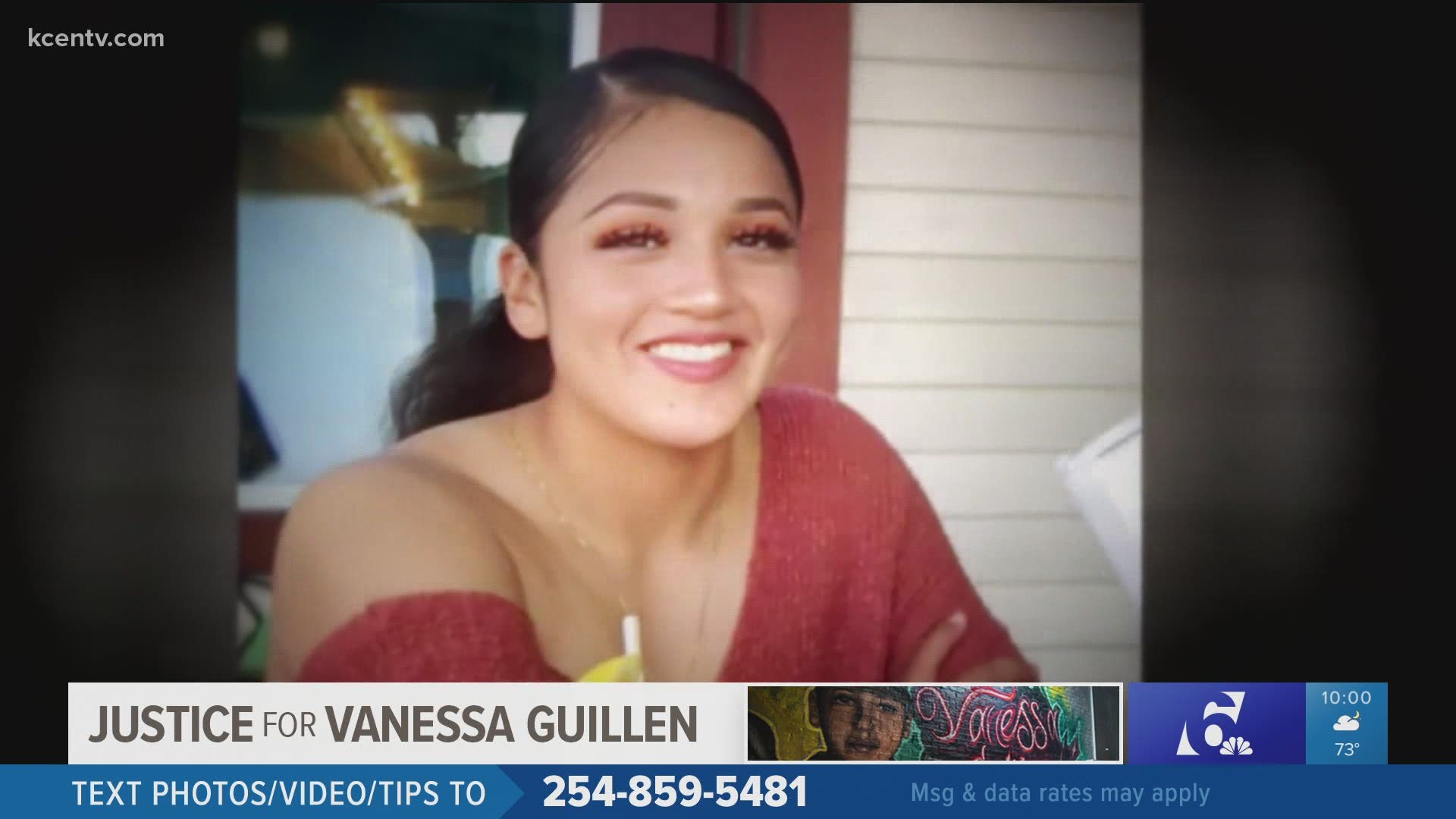 TEMPLE, Texas — The I Am Vanessa Guillen Act was re-introduced at the U.S. Capitol Thursday with the hope that it will allow victims of sexual harassment and sexual assault to report it outside the chain of command in the military.

It was delayed on April 22, two days after the year anniversary of Spc. Vanessa Guillen's disappearance and death, because advocates of the bill wanted to wait for the findings of a 15-6 investigation regarding sexual harassment and sexual assault in the military.

The findings were released eight days later on April 30 and revealed Guillen was sexually harassed by her superior and that her command was aware of it, but did nothing about it. In turn, this created a hostile and intimidating environment for Guillen, the findings say.

The findings also found that her unit, the Third Cavalry Regiment at Fort Hood, was improperly trained when it came to sexual assault and sexual harassment prevention.

Congresswoman Jackie Speier and Congressman Markwayne Mullin have championed the bipartisan I Am Vanessa Guillen legislation. Members of Congress, including Majority Leader Nancy Pelosi, as well as Guillen's family, their attorney Natalie Khawam was in attendance.

"We are here to ensure that Vanessa Guillen did not die in vain," Speier said during the news conference.

Speier said the Fort Hood Investigative Review Committee and the 15-6 investigation found a "broken and toxic culture where sexual harassment and assault were rampant and tolerated" in the military.

She sourced how the 15-6 investigation found that Guillen was sexually harassed by her superior, but her command did nothing about it.

"The platoon sergeant was moved to another unit where he could victimize others," Speier said. "We must act to restructure the Army's sexual harassment and assault response programs. We must act to assure no more soldiers meet the fate of Vanessa Guillen and no other families must face the incomprehensible pain and trauma her family has faced."

Guillen's sisters, Mayra and Lupe, echoed Speier's sentiments while the family attorney, Natalie Khawam, said this act would help save thousands of lives.

“It’s hard for us to be here today standing and advocating for my sister. Women and men wearing a uniform shouldn’t be afraid of anything because they’re taking a bullet for this country ... this act will bring the help that my sister needed, the voice that my sister needed, because we must be a voice to the voiceless," Lupe Guillen said.

"Passing the I Am Vanessa Guillen Act will let soldiers know that they are safe and they can come forward," Khawam said.

Specifically, the I Am Vanessa Guillen Act would:

Guillen was killed April 22, 2020 in an armory room on post by Spc. Aaron Robinson,  according to a FBI criminal complaint. Robinson, with the help of his girlfriend Cecily Aguilar, dismembered Guillen's body and buried the remains near the Leon River in Bell County, the complaint alleges.

Her body was found on June 30, 2020. Robinson shot and killed himself the next day.

Guillen told her family she was sexually harassed but they said she did not report it for fear of retaliation.