Cecily Aguilar's defense argues her statements to investigators about what happened to Vanessa Guillen should be tossed because she wasn't given her Miranda warning. 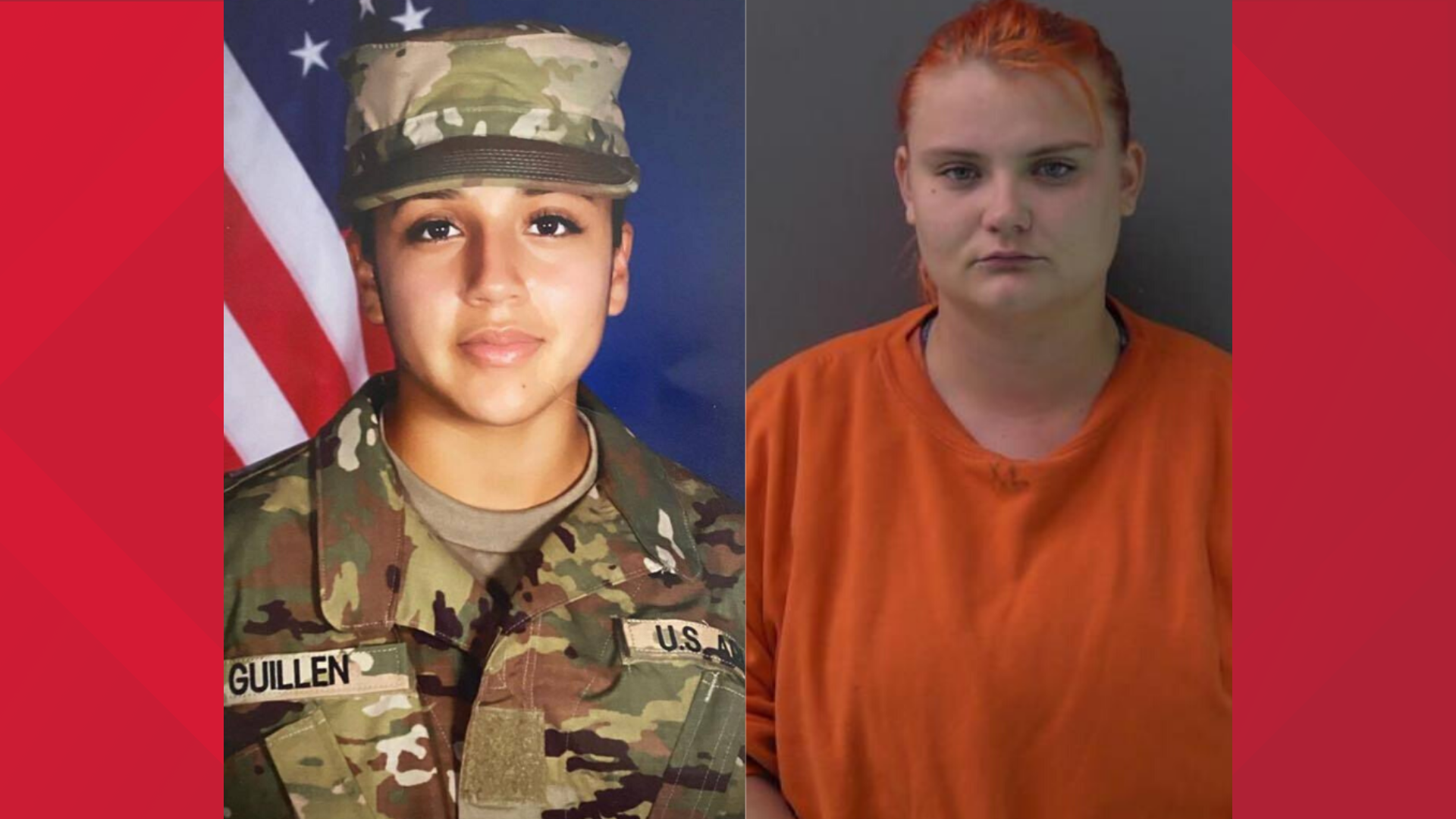 WACO, Texas — A federal judge granted a motion Tuesday by the prosecution in the case of Cecily Aguilar, who's charged in connection to the death of Fort Hood soldier Spc. Vanessa Guillen.

The prosecution requested more time to prepare its response to a defense motion to suppress the statements Aguilar gave to investigators about how Guillen was killed. Gainor said Aguilar never received her Miranda rights.

Judge Jeffrey Manske granted the motion and gave the prosecution until May 5 to respond.

In a separate court, Judge Alan Albright denied a defense motion on Monday for more access to the prosecution's case.

Public Defender Lewis Gainor was seeking what's called a bill of particulars, according to the document.

A bill of particulars is a "formal, detailed statement of the claims or charges brought by a plaintiff or a prosecutor, usually filed in response to the defendant’s request for a more specific complaint,” the motion reads. “The purposes of a bill of particulars are to obviate surprise at trial, enable the defendant to prepare his defense with full knowledge of the charges against him, and to enable double jeopardy to be pled in case of a subsequent prosecution.”

Gainor argues the indictment was so vague it failed to provide specific acts of which Aguilar is accused.

"A review of the indictment in this case shows no obvious improprieties, or as defendant suggests without specific explanation, risk of double jeopardy," Albright said in his ruling. "The defendant has never complained at any time during the pendency of this case that the government has failed to provide all required discovery."

Albright said the motion amounted to Gainor requesting the prosecution "identify exactly what evidence it intends to introduce to prove the various elements of the charged offenses."

Albright said the request for a bill of particulars had no valid basis and he denied the motion.