Cecily Aguilar's defense wants all eleven counts against her dismissed. The judge will rule on the motion in November. 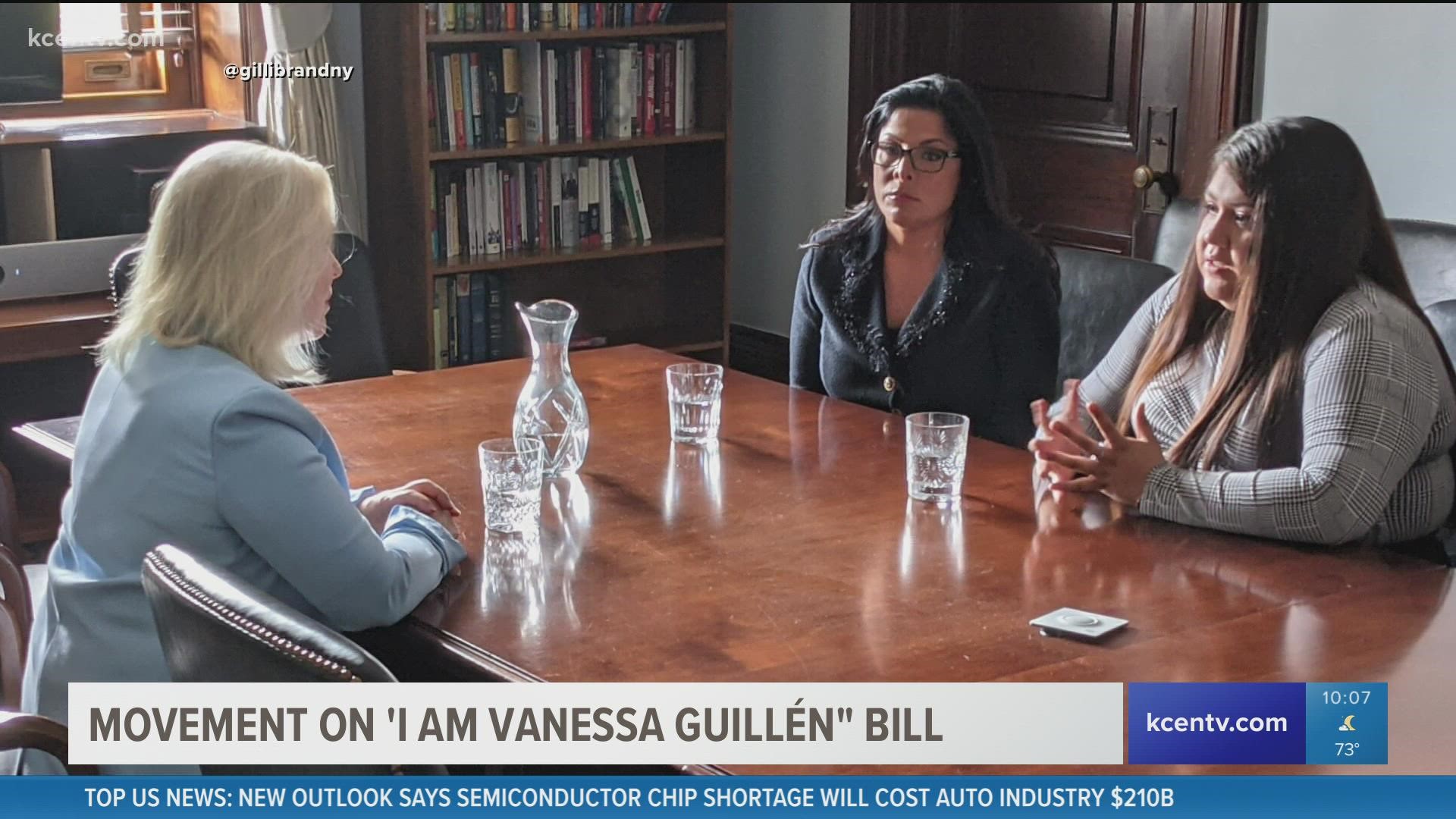 WACO, Texas — A federal court judge in Waco set a hearing date Wednesday on a motion to dismiss the indictment of Cecily Aguilar. Aguilar is the only person charged in connection to the death of Fort Hood soldier Spc. Vanessa Guillen.

The indictment charges Aguilar with eleven varying counts of conspiracy to obstruct (destroy an object), obstruction, accessory to murder and making a false statement.

Aguilar's defense attorney Lewis Gainor filed the motion to dismiss the indictment Sept. 7. He argues the indictment lacks specificity, fails to state an offense and charges her with the same offense in one count.

Aguilar is accused of helping her boyfriend Spc. Aaron Robinson dismember and bury Guillen's remains in a rural area of Bell County near the Leon River.

Robinson is accused of killing Guillen in an armory room on Fort Hood on April 22, 2020.

Guillen's remains were not found until June 30, 2020. Robinson shot and killed himself in the early morning hours of the next day as police approached him in Killeen.

Guillen's death set off a nationwide movement for more transparency and accountability when it comes to accusations of sexual assault and transparency in the military.

Guillen told her family she was being sexually harassed but they said she didn't report it for fear of retaliation from her superiors.

The Army's investigation found Guillen was sexually harassed by a superior noncommissioned officer in her unit, according to the Chief of Staff of U.S. Army Forces Command.

The report, however, says there was no credible evidence she was sexually assaulted.

The case led to sweeping changes in Fort Hood leadership and the creation of an independent review board that looked at the climate and culture on post.

Guillen's family has since worked closely with several lawmakers to create the I Am Vanessa Guillen Act. It would allow victims of sexual assault or harassment to report outside their chain of command.

Guillen's sister, Maya, posted to her Instagram Thursday that her family and their attorney Natalie Khawam would be joined on Nov. 18 with several members of congress, including Senate Majority Leader Chuck Schumer, Speaker of the House Nancy Pelosi, Sen. Kirsten Gillibrand and others for a news conference and march in Washington, D.C.

"Senator Gillibrand's Amendment (SA #3870) to include Claims for our Soldiers MUST be included in the 2022 NDAA (National Defense Authorization Act), other wise there will be no accountability," the post reads.