The U.S. Attorney argues Cecily Aguilar was told she was not under arrest and that her statements were voluntary. 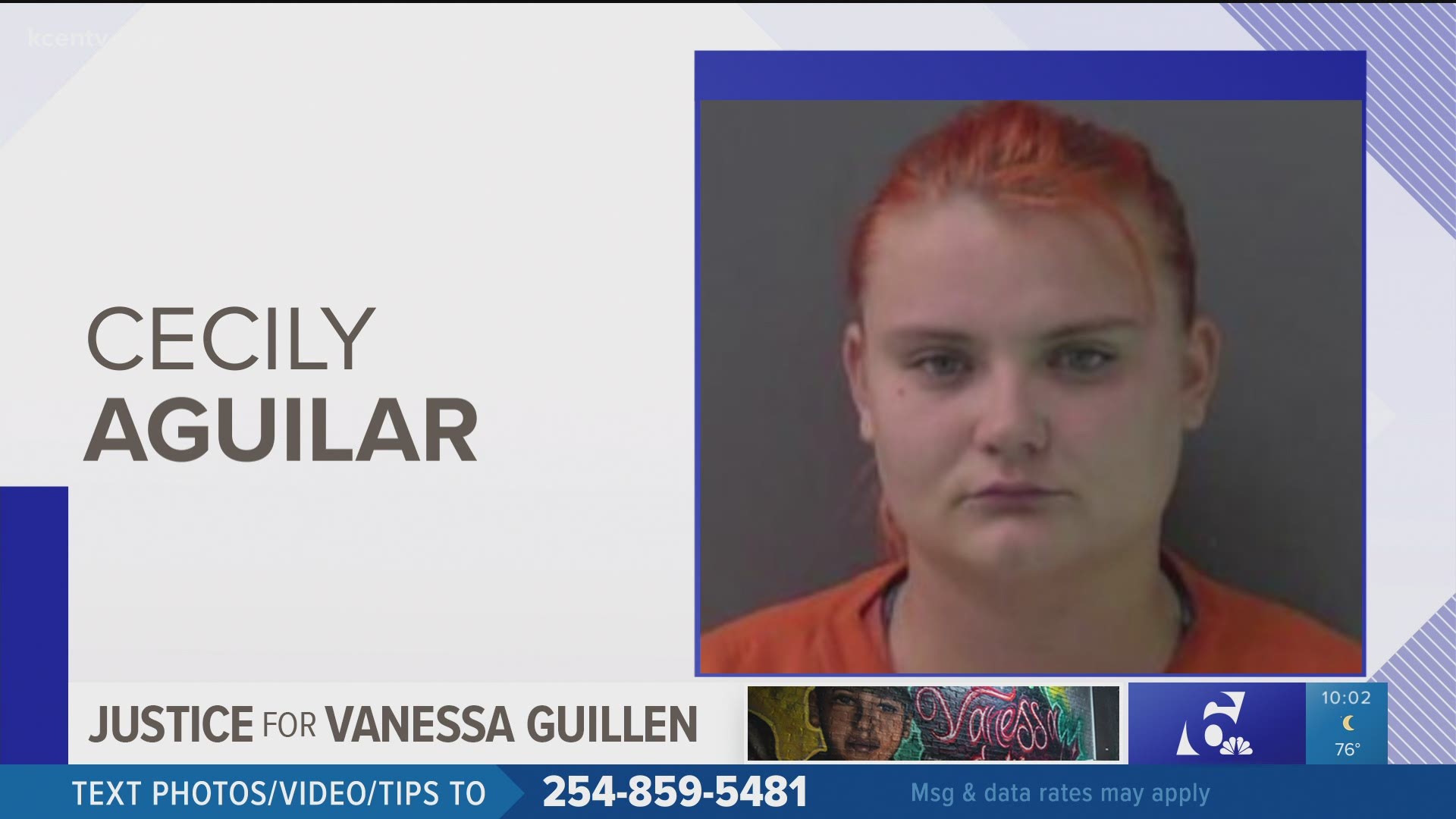 WACO, Texas — The U.S. Attorney's office filed a motion Wednesday asking a Waco federal judge to reject a motion by Cecily Aguilar's defense attorney to throw out her confession to the role she played in the disappearance and death of Fort Hood soldier Spc. Vanessa Guillen.

In an eight page filing, prosecutor Mark Frazier argues that the defense's claim that Aguilar was not properly mirandized are not supported by the facts of the case or the law.

Lewis Gainor submitted the motion to suppress the confession on March 24. He argues Aguilar's Fourth Amendment rights were violated when he says she was illegally detained.

The motion also says Aguilar was not advised of her Miranda rights which give her the right to remain silent and ask for an attorney. It goes onto say she was not told that anything she said could be used against her in a court of law.

Aguilar spoke with investigators on June 30 after she was stopped on post while riding in the passenger seat of a vehicle.

Gainor argues she was illegally pulled over and detained without an arrest warrant.

Frazier argues she was pulled over because law enforcement knew she had been barred from post.

"During this encounter, she voluntarily agreed to accompany agents and speak with them about the investigation into the disappearance of V.G. (Vanessa Guillen)," the motion reads. "She was not under arrest. Her subsequent statement to law enforcement was not the product of an illegal seizure."

"Although the Defendant was accused of lying to the agents previously and her phone was temporarily taken from her upon her initial encounter with law enforcement that day (and later returned during the interview), nothing was conveyed to her that she was under arrest, or not free to leave, until she was formally arrested," the motion reads.

Investigators were focused on Robinson during the questioning and it "was not designed to elicit incriminating responses from the defendant," the motion reads.

Gainor argues Aguilar wasn't read her Miranda rights until after she had already incriminated herself.

"This was a strategy designed to get her to make an incriminating statement, while in custody, without knowing that the statements could then be used against her," the motion reads.

Frazier offers four reasons for why that claim should be dismissed by the judge.

A hearing date during which the judge will rule on the motion to suppress the confession had not been set as of this writing.

Gainor also filed a motion to dismiss the entire case against Aguilar. The judge was expected to rule on that motion on June 15.