'Vanessa deserves to be remembered': Vigil honors Fort Hood soldier's life a year after her death 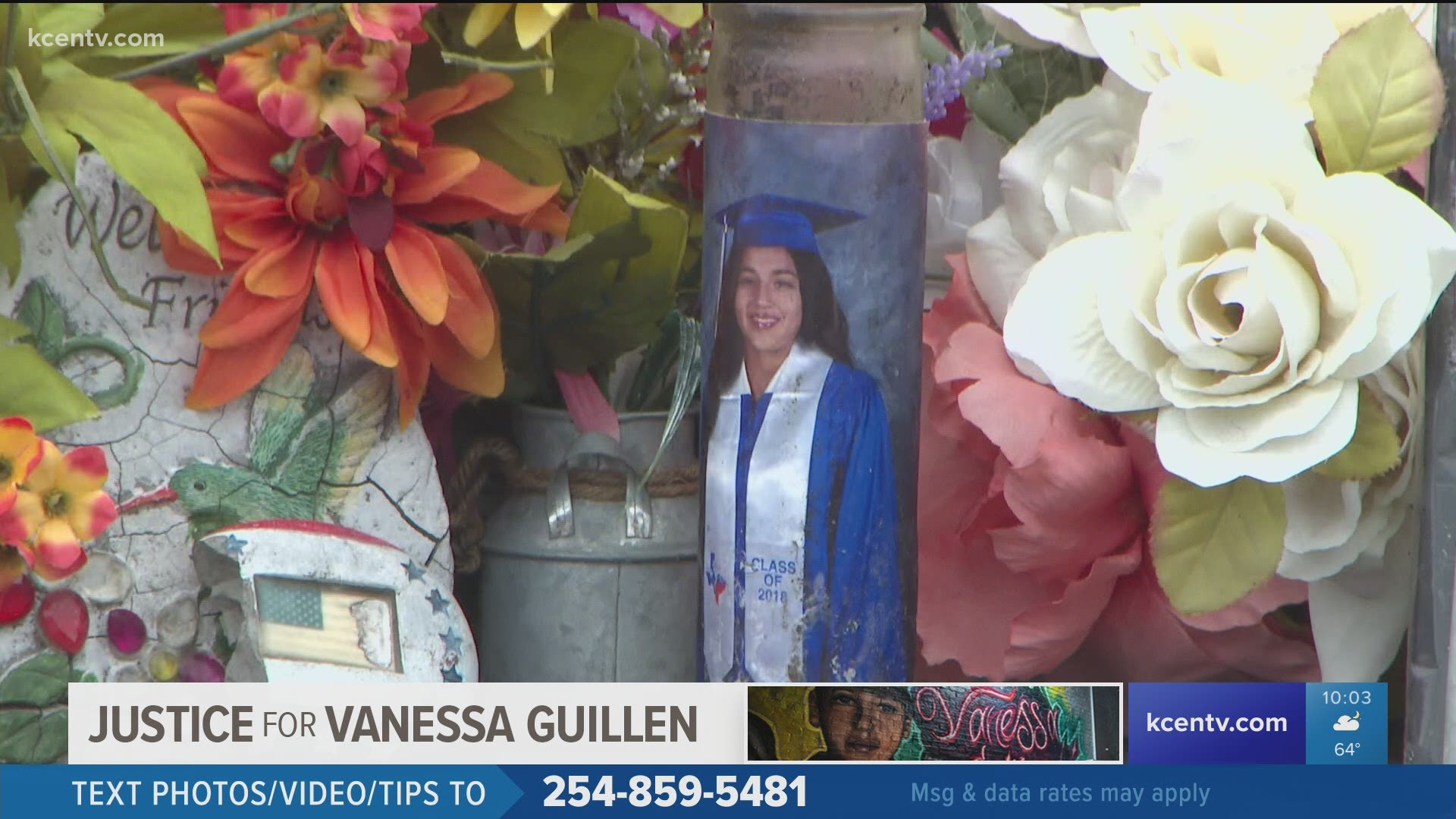 KILLEEN, Texas — People from near and far came to honor the life of Fort Hood Soldier Vanessa Guillen. Thursday was the one-year anniversary of her death and disappearance.

Investigators say she was killed on post by fellow soldier Aaron Robinson. He then disposed her body near the Leon river in Bell County.

The sound of a mariachi band could be heard from blocks away at the vigil, which was located on Fort Hood Street in front of the Vanessa Guillen mural.

People came to Central Texas from Florida and even Virginia to pay their respects.

Sgt. Jermaine Williams is a solder at Fort Hood. He was brought to tears after receiving the keeper of the light community award and helping with the upkeep of the Vanessa Guillen Mural.

"I wasn’t expecting any recognition,” said Williams. "Those tears were not tears of joy. They were tears from the bottom of my heart."

Like so many other supporters, Williams said he vows to help get justice for Guillen.

Thursday’s vigil was organized by Lulac.