Mayor Levar Stoney used his emergency powers to order crews in Richmond to begin taking down the monuments in the former capital of the Confederacy. 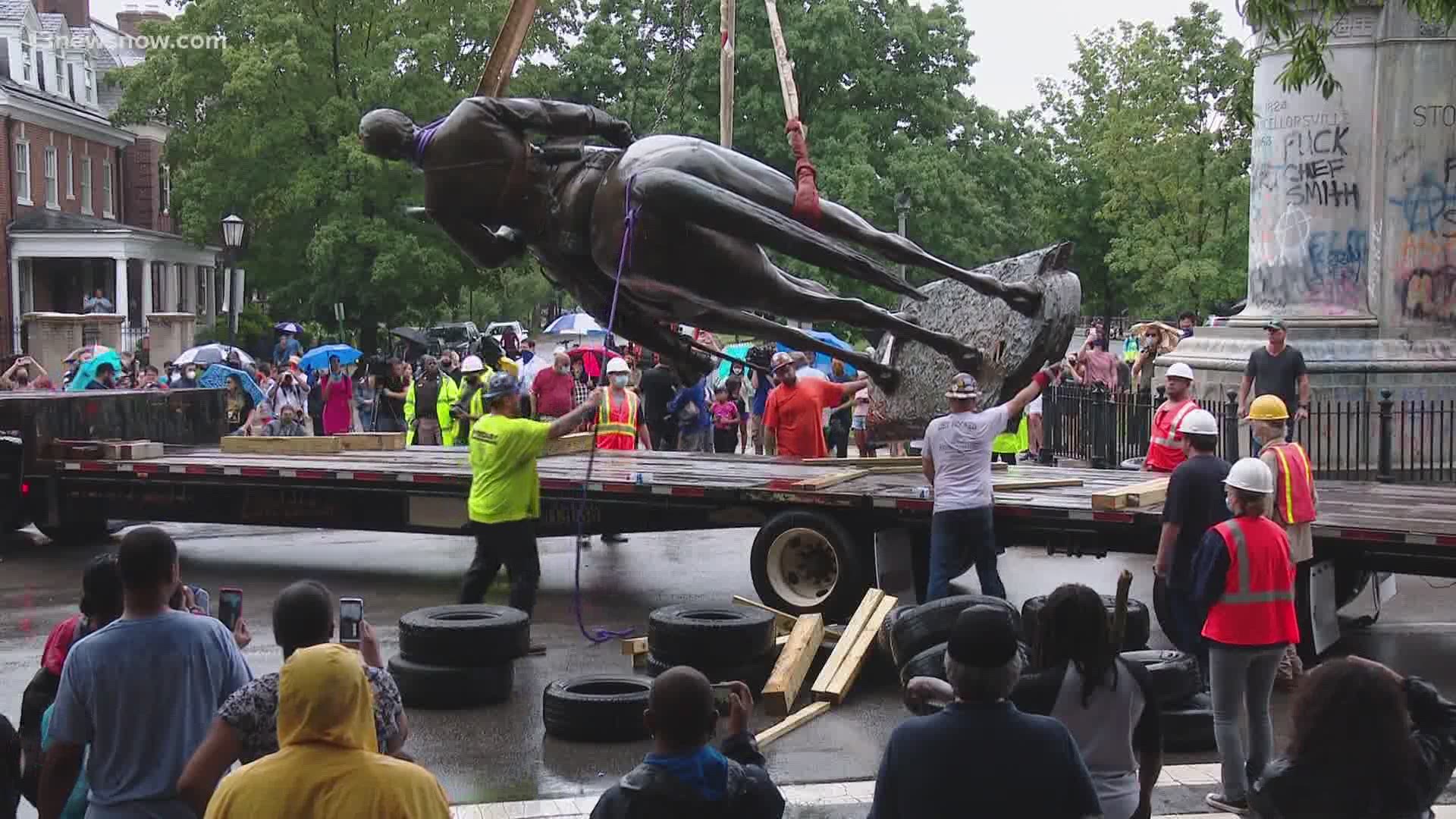 The removal Wednesday afternoon came just hours after the city's mayor gave the order to take down Confederate monuments on municipal land. Mayor Levar Stoney said he was using his emergency powers to speed up the healing process for the former capital of the Confederacy amid weeks of protests over police brutality and racial injustice.

Work crews spent several hours carefully attaching a harness around the statue and using power tools to detach it from its base.

Liz Carr has lived near the statue for five years.

"And I was actually getting close to moving. This is like, the city is not safe anymore and this is like a beacon of hope that Richmond can still be a safe and accepting city," said Carr.

Maia Stylez started her morning waiting for the statue to come down, too. She said it’s a step forward, but believes more needs to be done.

Mayor Stoney said he was moving quickly to remove the statues because protesters have already toppled several Confederate monuments and is concerned that people could be hurt trying to take down the gigantic statues.

Weeks ago, Virginia Gov. Ralph Northam ordered the removal of the avenue's most prominent and imposing statue, that of Confederate Gen. Robert E. Lee. The Lee statue sits on state land. Its removal has been stalled pending the resolution of several lawsuits.