It was a different take to help a kid in the fight of his life. 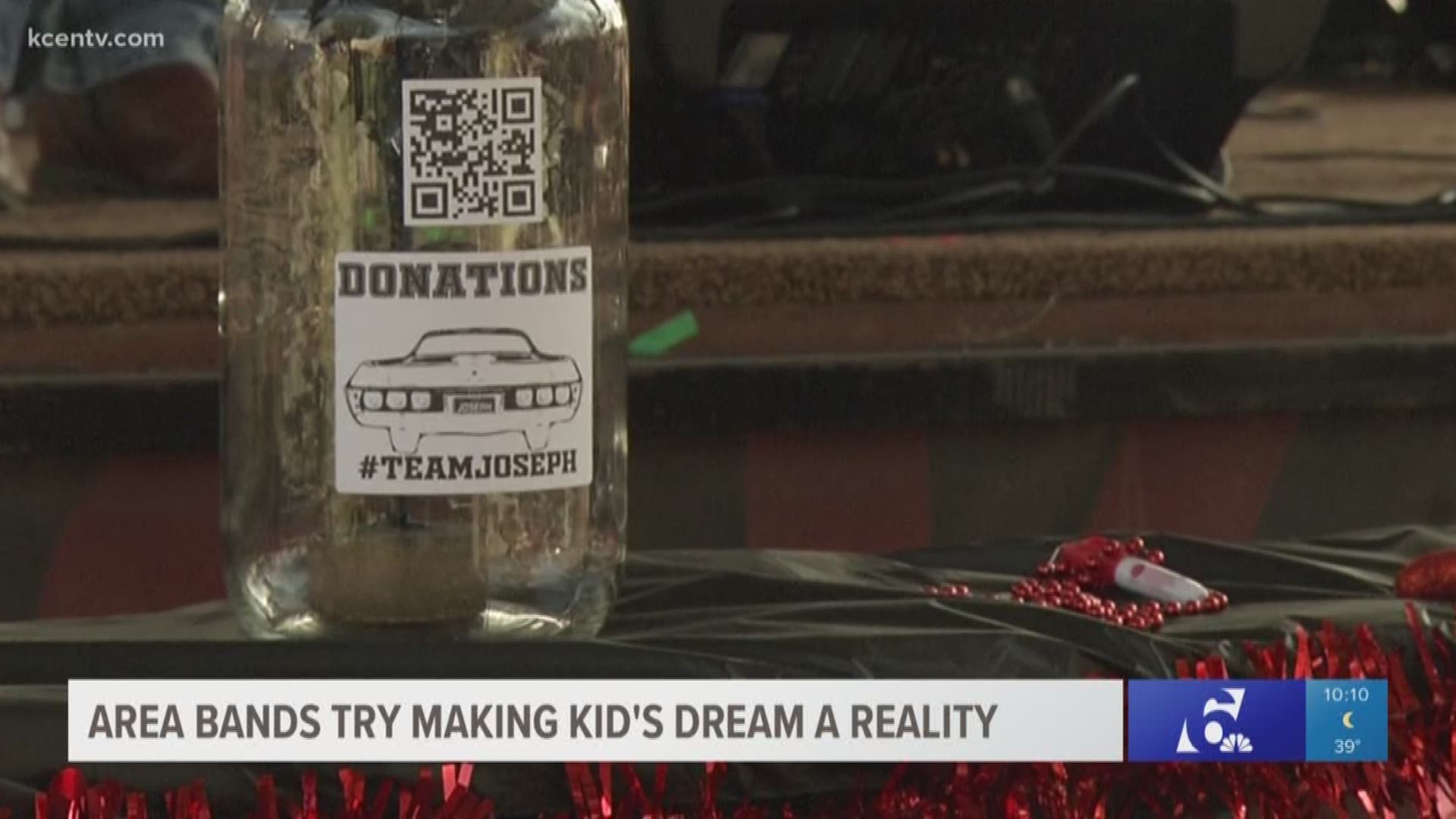 WACO, Texas — For Becca Kinerd, it may have looked like a time to be surrounded by friends and music as her husband's band took center stage at The Backyard in Waco.

But on this chilly January Sunday, it was so much more.

"When he was diagnosed, he sold his truck and he sold basically everything he had," Kinerd said.  "He worked since the day he turned 15, he sold all of it to buy this Impala."

Since then, he's undergone several surgeries and continues to go through chemotherapy.

"It's been so hard for him and he has had to fight so many other battles in addition to this particular form of cancer," Kinerd said.

Since then, she's been trying to make his dream come true.  Joseph's lifelong dream had been to own a 1967 Chevy Impala, like in the TV show Supernatural.

He recently bought one but it's not functional.

To get it fixed and operational, Kinerd said would be expensive.

The area music community jumped right in to help, with Kinerd's idea of a calendar, a spoof of firefighter calendars those involved called a "Dudeoir calendar."

Storm Simpson, a bass player, was in the magazine as Mr. March.

"Becca's family," Simpson said.  "Joe's family, I've known him since he was little.  I've watched him go through so much and overcome so much so when I was approached to lend a hand to help him out, there was no doubt in my mind."

That help could lead to a teen's dreams coming true as he continues through the fight of his life.

For more information on Joseph's fight or where and how to help, click here.