The projects are part of the Summer of Downtown initiative. If passed at Tuesday's meeting, it would cost $100,000. 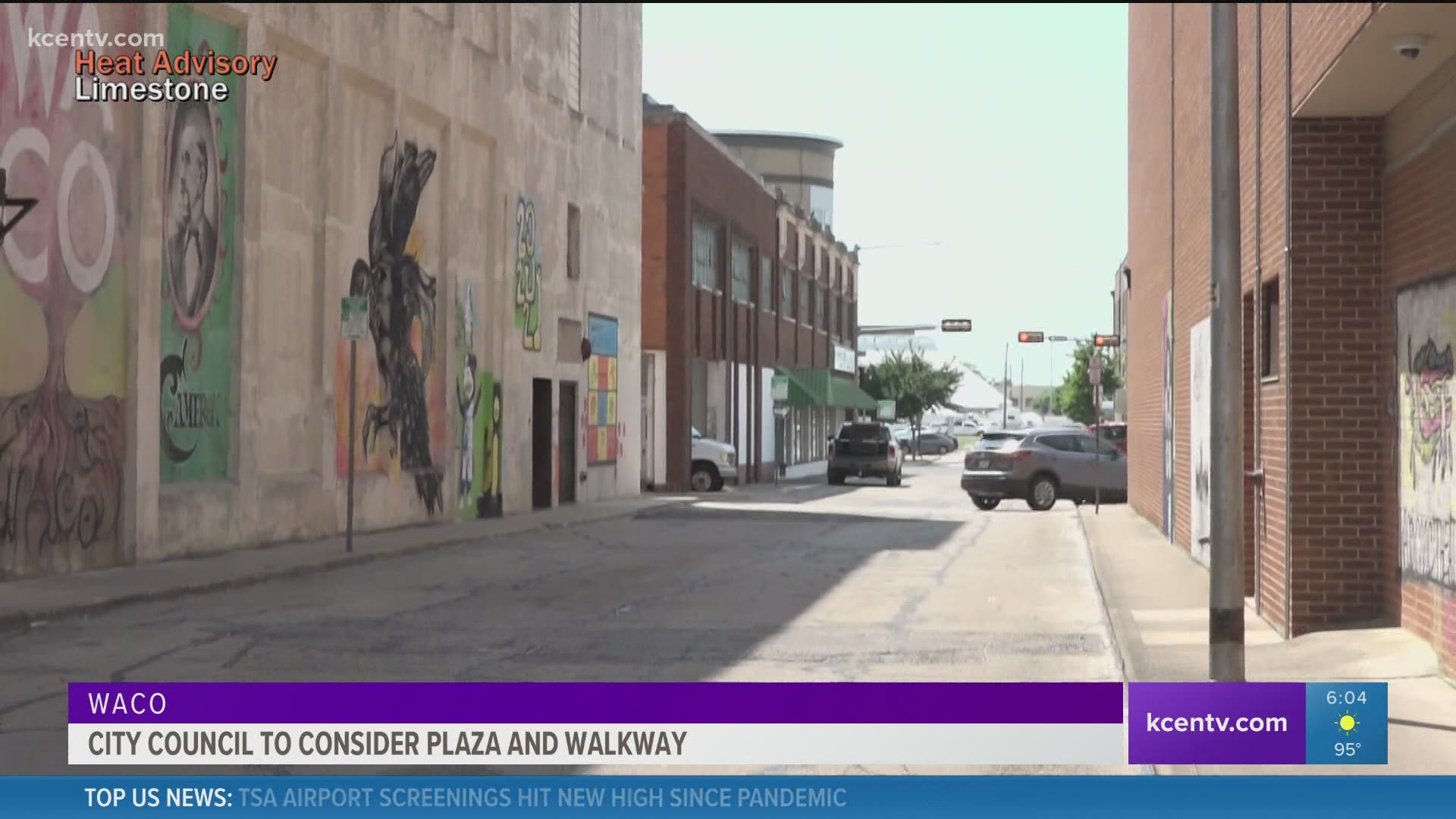 WACO, Texas — The Waco City Council is considering a proposal that could bring more foot traffic to downtown Waco businesses.

The Summer of Downtown initiative proposed by the Waco Public Improvement District would do three things: Create a colorful walkway down 6th Street from Austin Avenue to Webster Ave, add more wayfinding signs and create a pedestrian plaza.

"It’s the kind of thing that you see other cities deal. Waco deserves that so it’s time," Wendy Gragg, communications director for City Center Waco said.

The plan is to close 7th Street from Austin Avenue to Franklin Avenue to traffic. It would be a pedestrian-only zone from July through August. The area would be renamed the 7th Street Plaza.

Various events like live music, group yoga classes and pop-up shopping events would be held there.

"We are going to do string lights... [and] have tables and chairs. We are [also] painting the road," Gragg said.

Gragg said initially the initiative was to let people know of various parking areas downtown since that tends to be a concern for visitors.

"It started as the idea to put up some more visible parking sign so that when people come downtown, whether it’s visitors or locals, they know where the free public parking is," Gragg said.

And with many visitors heading to the Silos, Gragg said adding a colorful pedestrian walkway from Webster Ave to the heart of downtown can help direct traffic to small businesses.

"The pedestrian walkway will run along where some cars usually parallel park and to make up for that parking, we’ve opened up some additional parking areas. So we will be letting everyone know about those," Gragg said.

"We've had some people question it but you've got to create and generate something. Local people need local things and things to do," Arnold said.

These projects will only become reality if city council approves the $100,000 proposal Tuesday.