'We are gay. Our daughter is not': A Waco couple said a day care denied their daughter admission after learning her parents are in a lesbian marriage. 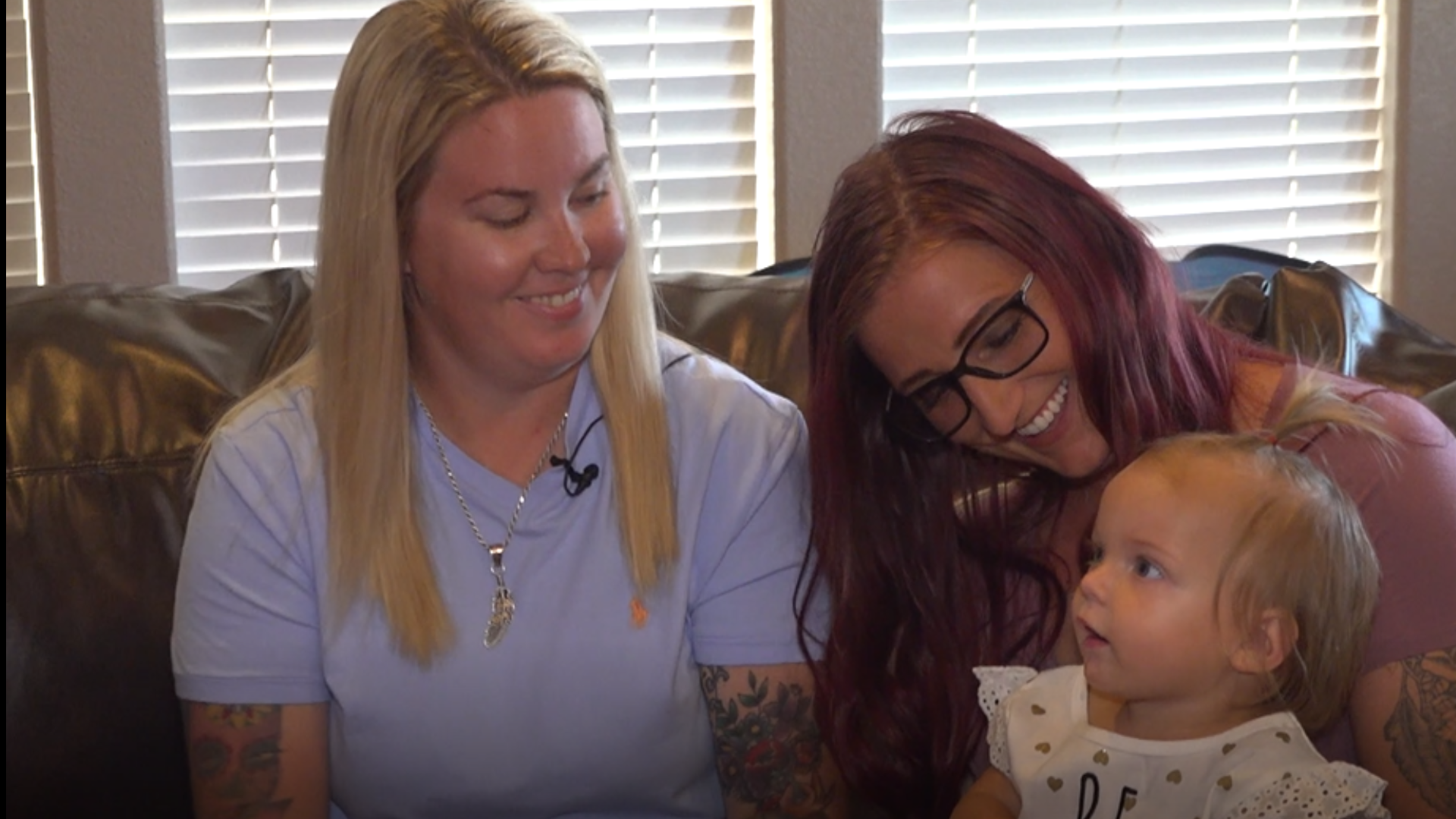 WACO, Texas — A Waco couple said their daughter was denied admission to a local day care because they are in a lesbian relationship.

Brittney Ready and her wife, Stacey, have been married for two years and have four kids.

Their youngest daughter, Callie, was on the waiting list at Parkview Christian Academy until they got a call Thursday saying the day care finally had an opening.

Brittney wrote on Facebook that the director was sweet and welcoming to the couple and their daughter. It wasn't until they were ready to leave that they ran into problems.

“We go to leave with paperwork in hand only for the administrator to call us into his office to let us know that he heard that Stacey and I are 'mates' and because of that they cannot welcome Callie" Brittney said.

Ready said the director told the couple the day care could not welcome Callie because their Christian-based faith would not be able to accept their daughter.

Stacey said it's important to the women that their children receive a Christian education.

"We speak to our children about being a Christian and we speak to them about God and about what the bible says. We even tell them what the Bible says about same sex couples," Stacey said.

Brittney said the day care can hold those beliefs, but she hopes it will be more transparent about its policies.

“That's fine if that's what they stand for," Brittney said. "But make it known that's what you stand for. Just remember at the end of the day, everyone is human.”

The couple said they never expected to face a situation like this.

“Never in my life have I had this happen and it especially affect our child," Brittney said. "Our child born in a Catholic hospital at the hands of a Christian doctor -- our innocent child of God. I am glad God was on our side and let the true colors show before my baby was subjected to their 'discriminating beliefs.'”

"Enrollment shall be granted without discrimination in regard to sex, race, color, disability, or national origin. If this policy changes at any time, parents will be notified through a letter from the Administration staff as soon as possible."

The policy makes no mention of discrimination based on sexual orientation. However, it says a child may be dismissed if school officials feel the program is not in the child's best interest for any reason.