They call themselves the Beasts of the East at Waco Fire Station 1 and it was all smiles for the firefighters who were joined by family at work. 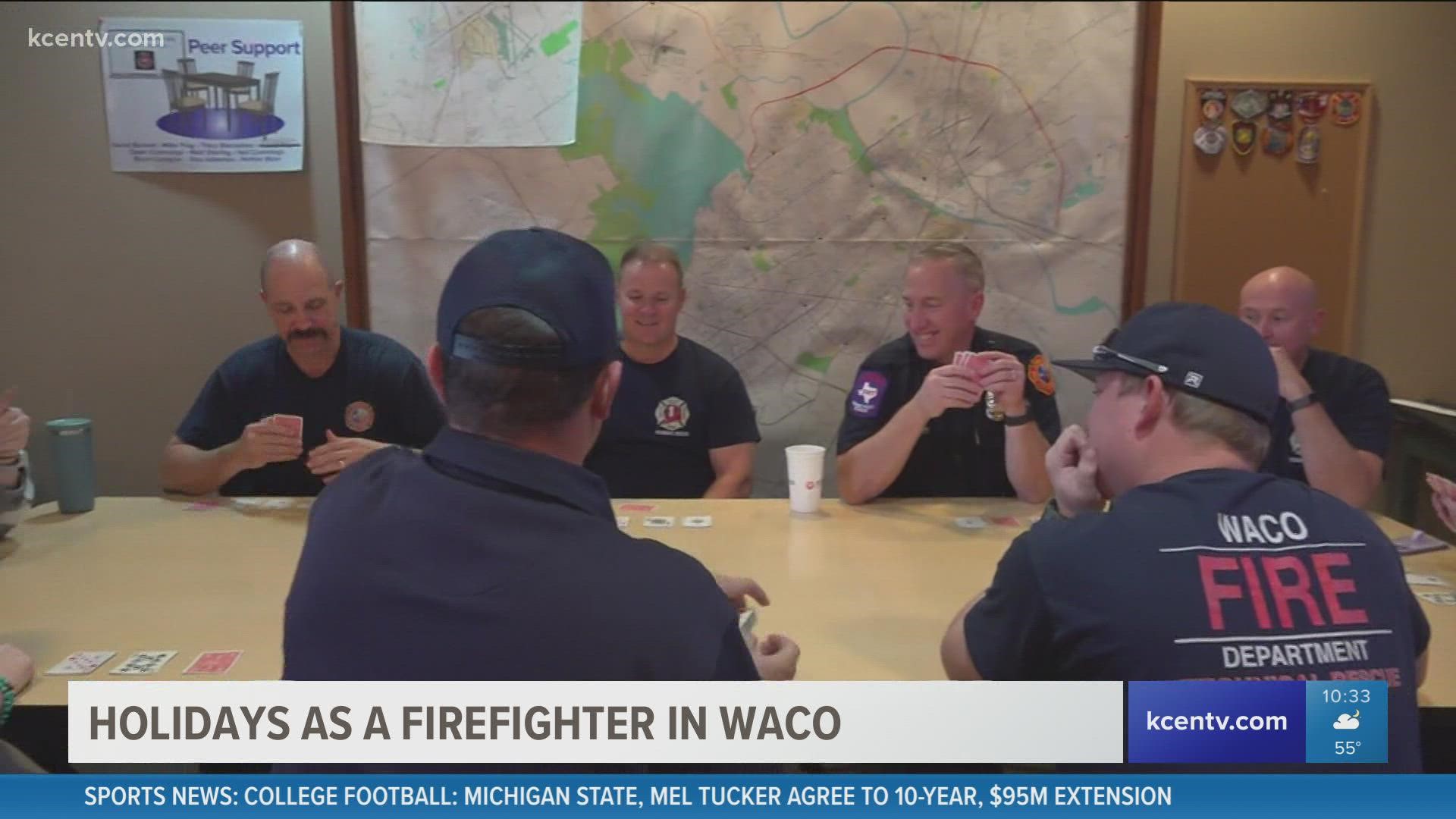 WACO, Texas — While most are gobbling down their Thanksgiving meals surrounded by family, several firefighters are on standby in case of emergencies Thursday, including those at Waco Fire Station 1.

"City doesn't sleep so we always have to be here ready to respond. I was lucky enough for my wife to be able to come up here and have lunch with us," Derrick Neelley said, a second generation Waco firefighter.

They call themselves the Beasts of the East at Waco Fire Station 1 and it was all smiles for the firefighters who were joined by family at work.

"It's really just an extension of family being up here," Brady Skinner said, who's been with the department seven years.

There was plenty of food and desserts to go around.

"Food is always good. We've got some pretty good cooks," Tim Miller said, who was joined by his wife and two kids.

These men have dedicated their life to service and they're always ready to drop everything for others.

"It is a very dangerous job. It can be, but I feel like what really pushes me is the brotherhood that we have here," Neelley said.

They all said they are incredibly thankful for their wives.

"She was right behind me every step of the way," Neelley said about the support his wife has shown him.

"Our wives understand what it's like to worry about their husband," Skinner said.

"They give us up every third day to come do this job," Miller added.

It's not easy being a firefighter and although they can't be home for the holidays, they said they love what they do.

"To make a difference and to be a part of something that's bigger than me," Miller said about why he signed up to become a firefighter.

"I just felt like I could make a larger difference for the community I grew up in," Neelley said about working in the City of Waco.

"It's the best job in the world I wouldn't have any other one," Skinner said.