Construction began in April 2019. The project includes widening the main lanes to four lanes in each direction and improving frontage roads and interchanges. 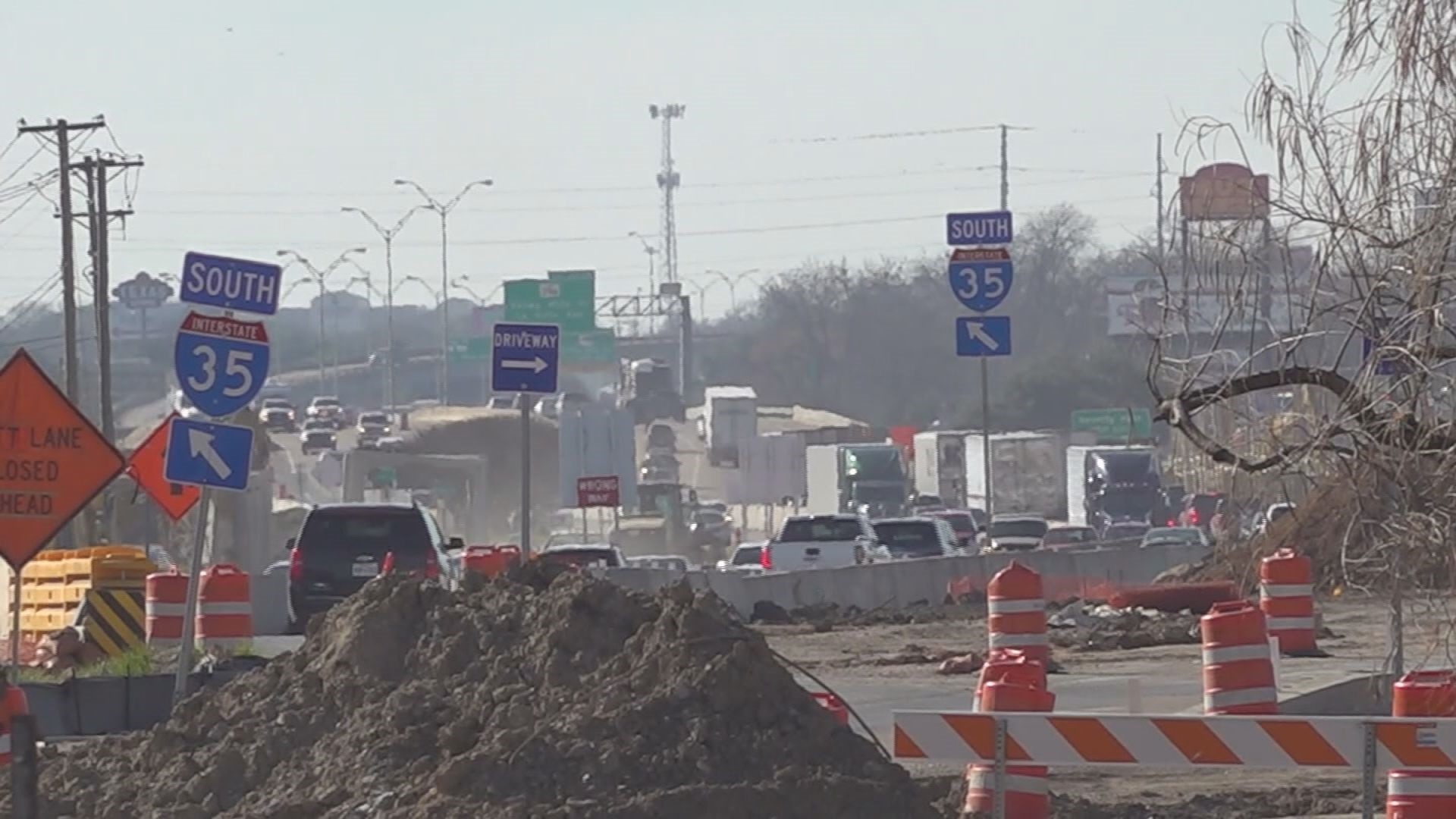 WACO, Texas — The Texas Department of Transportation is in the midst of removing overpasses on I-35 in Waco as part of their $341 million reconstruction project to increase capacity.

"Right now our crews are making great progress," Jake Smith said, the TxDOT Waco spokesperson. "We're in the midst of celebrating so to speak the halfway point of the project."

Smith said their focus at this time is shifting traffic and the reconstruction of the northbound main lanes.

RELATED: Parts of MLK Boulevard to close next week due to I-35 reconstruction in Waco

"With the traffic shifts we have newly completed main lanes and so they are there for folks to drive on now at least in the southern and central part of the project," Smith said. "Crews are anticipating or at least working to shift the remaining traffic from Business 77 to Loop 340 and shift that traffic over just like they did in the previous weeks."

Construction began in April 2019. The project includes widening the main lanes to four lanes in each direction and improving frontage roads and interchanges from 12th Street to North Loop 340.

TxDOT plans to begin removing the I-35 Northbound overpasses at MLK Blvd. and the Brazos River beginning this morning, affecting traffic on MLK this week (and river traffic under I-35 through summer).

Smith said although this project may cause some headaches for drivers right now, it'll certainly be worth it in the end.

"Not only are Wacoans traveling up and down I-35 but there's a lot of northbound and southbound traffic, whether it's coming north from Austin or south from Dallas. So we can expect a safer drive, increased mobility, increased capacity, and that's really the goal here," Smith said.

For the latest updates on the Waco I-35 construction project visit Waco4Bmap.org, or click here.