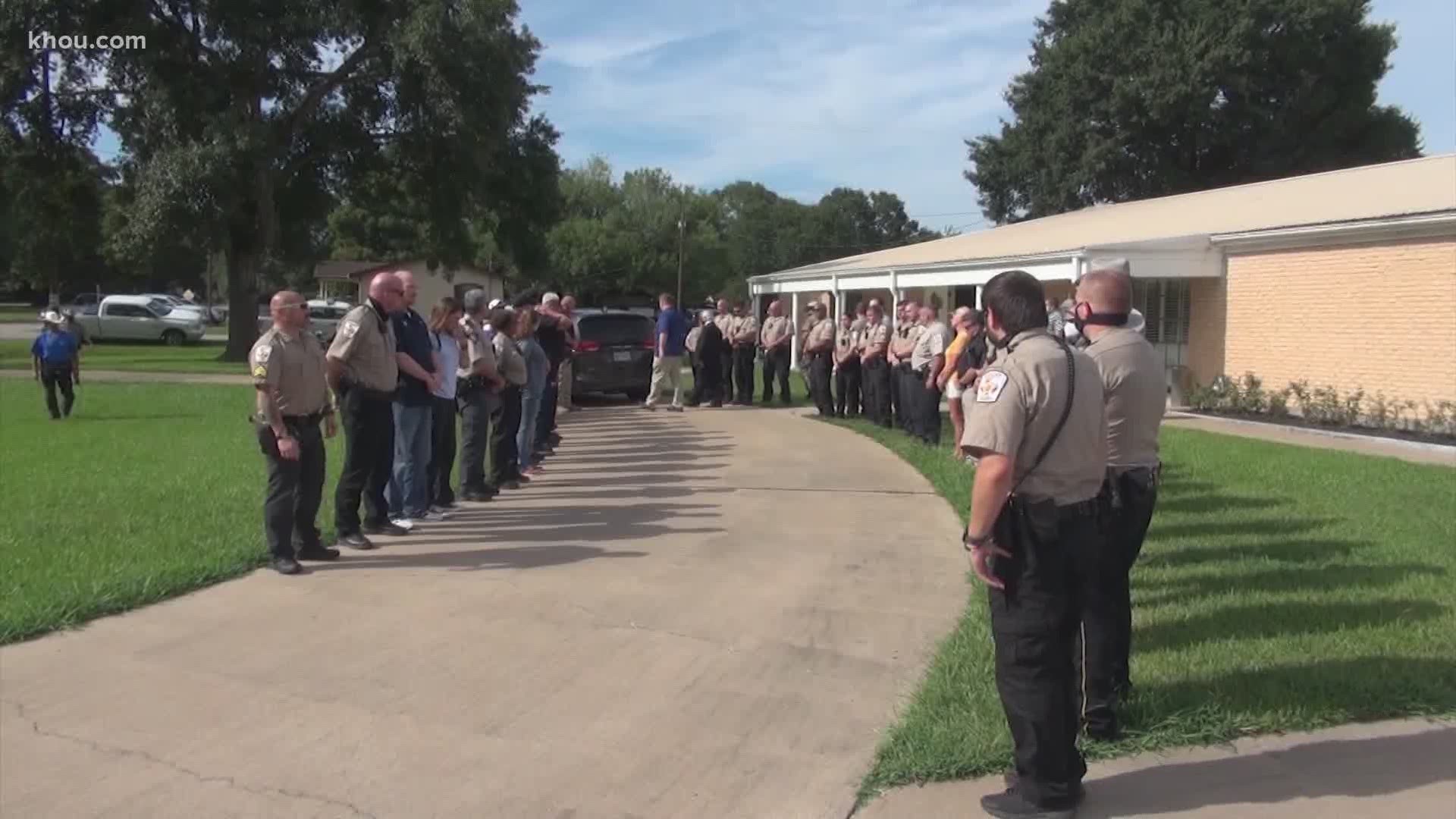 WALLER COUNTY, Texas — Waller County is in mourning Saturday after news that their longtime sheriff, Glenn Smith, passed away Saturday morning from an apparent heart attack.

The news of his death has been confirmed by Waller County Judge Trey Duhon and the county's fire marshal deputy chief, Brian Cantrell.

He served as the Waller County sheriff for 12 years. He was a veteran law enforcement officer for more than 40 years.

“Sheriff Smith cared deeply for all of the citizens of our County and the employees under his care. This comes as a huge shock to all of us here with the County, and our thoughts and prayers are with his family at this time,“ stated Judge Duhon.

Sheriff Smith died in a hospital in Bellville. About 100  deputies took part in a procession where his body was taken to the Cannon Funeral Home in Waller, the location of his funeral.

Duhon has ordered all flags in Waller County to be flown at half-staff for the next 30 days in honor of Sheriff Smith.

Several local agencies and officials have shared their condolences via Twitter.

We’re saddened to hear of the passing of Waller County Sheriff Glenn Smith. We thank him for his lifelong service to his community. Our prayers are with his family. pic.twitter.com/YRlxESFWst

We’re sorry to hear of the passing of our friend and neighbor, Waller County Sheriff Glenn Smith. Our condolences go out to WCSO and his family and friends. https://t.co/6gDtXqjjRJ

Saddened to hear of the passing of Waller County Sheriff Glenn Smith. The head of one of our neighboring agencies, he was always kind and welcoming. On behalf of @HCSOTexas our condolences go out to WCSO and his loved ones. May he Rest In Peace.