She brought funnel cake to the State Fair of Texas 51 years ago and is now an icon at Fair Park. 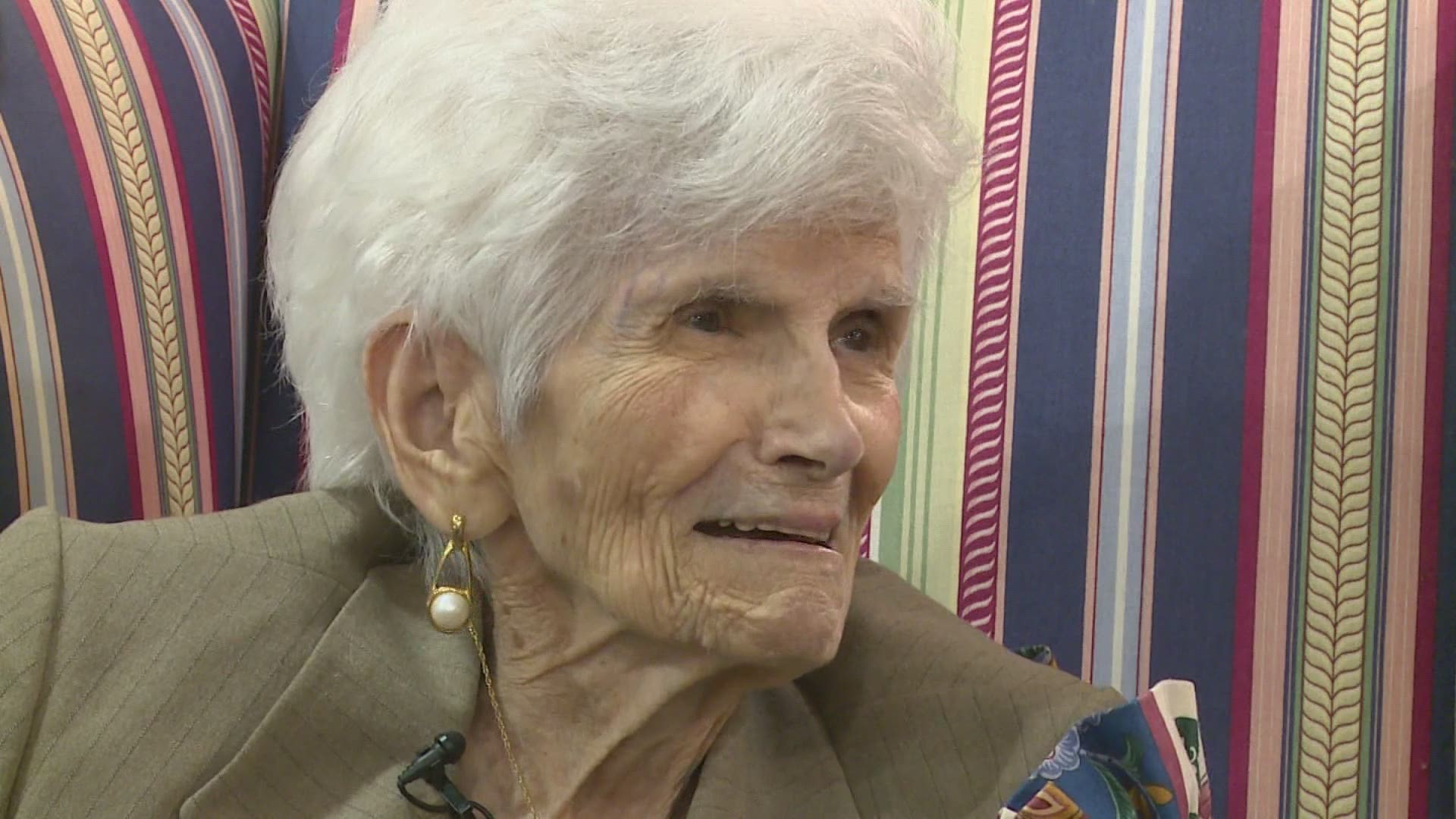 DALLAS — Her name was Wanda Winter, but she was better known as "Fernie" and for bringing the famous funnel cakes to the State Fair of Texas.

The Funnel Cake Queen of Fair Park passed away this weekend, as announced on a post in her Facebook account. She was 95 years old, and even though she was already retired, her family said she still spent her fair days contemplating the business she started, which brought joy to North Texans for so long.

Fernie discovered funnel cakes in Branson, Missouri and had a hunch North Texans were going to like them.

She celebrated 50 years at the State Fair back in 2019, and WFAA's Sean Giggy had the opportunity to meet her.

It is with heavy hearts that we announce the passing of our beloved mother and treasured Mimi, Wanda “Fernie” Winter. ...

She wasn't just known for funnel cakes either. Fernie won numerous awards over the years in the State Fair of Texas food competitions.

In 2018, Fernie's Hoppin' John Cake with Jackpot Sauce from Winter Family Concessions won the top award in the "savory" division.