A bill in the Kentucky legislature this year takes aim at dairy alternatives like almond and oat milk. What does it stand to accomplish? 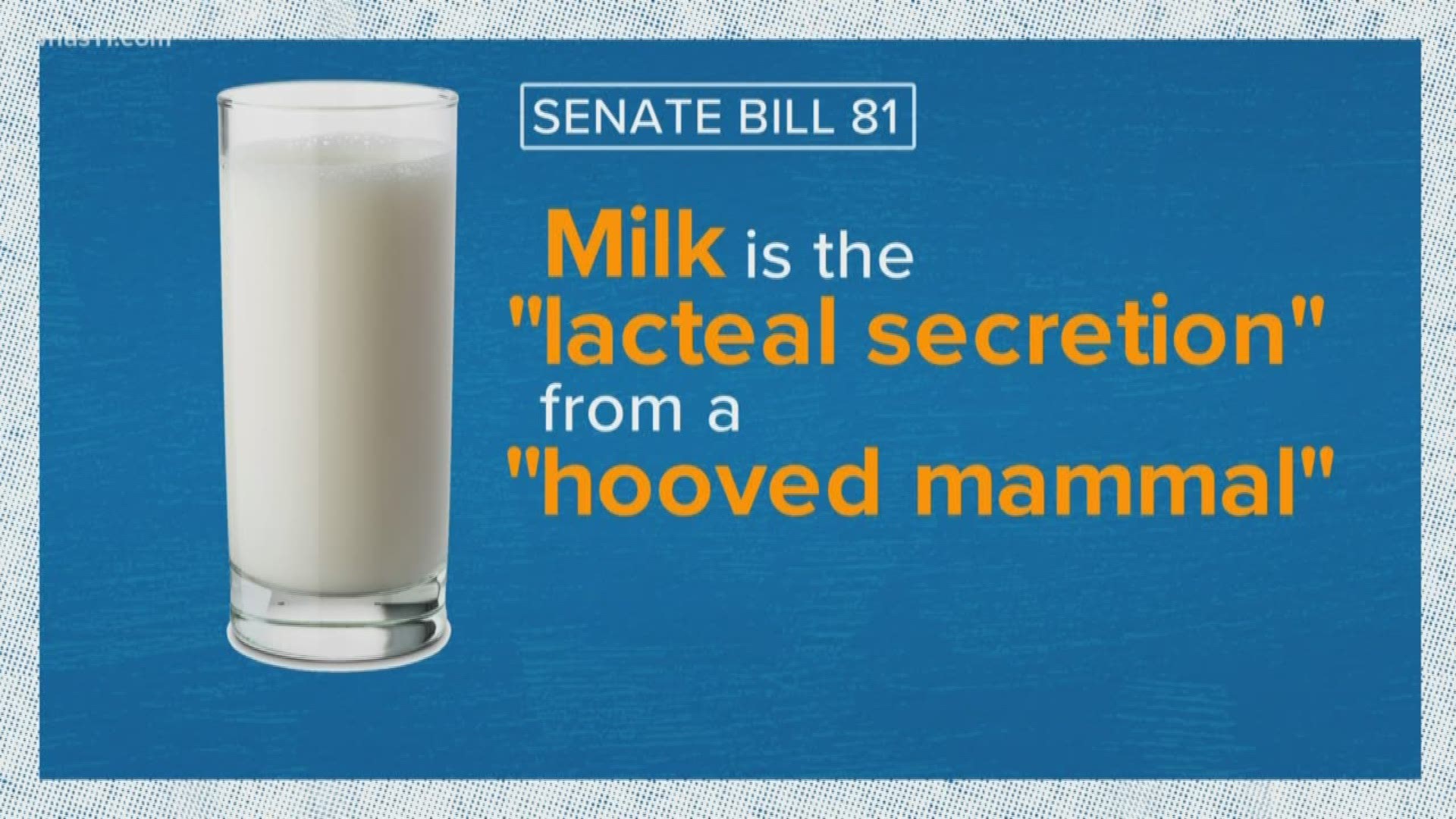 LOUISVILLE, Ky. — What is milk? It might seem like a simple question with a straightforward answer, but some lawmakers don’t think so.

A bill in the Kentucky legislature this year takes aim at dairy alternatives—like almond, coconut, and oat milk—by legally defining milk as the “lacteal secretion” from a “hooved mammal” (their words, not ours).

Thing is though, this bill—if passed—would be redundant, in a way. Technically, federal law already defines milk as the milk from a cow.

In 2016, a group of lawmakers (including Kentucky Representative James Comer) pointed out as much in a letter to the Food and Drug Administration. They called on the FDA to investigate and enforce against plant-based milk products, saying “it is misleading and illegal for manufacturers of these items to profit off the milk name.”

They were citing a real law. Passed in 1983, a legal definition of milk was adopted nationally limiting the label of “milk” to cows’ milk.

Laws like this are pushed out of concern for dairy farmers. Sales of cow milk are dropping, while dairy alternatives are on the rise.

In fact, the USDA reports that dairy milk consumption has been on a steady decline since the 1970s, with each generation drinking less than the last. Meanwhile, dairy alternatives are exploding in popularity. Oat milk, for example, rose 636% in sales between 2018 and 2019.

Dairy alternatives are winning in court, too. In 2018, a District Court of Appeals sided with the almond milk company Blue Diamond, saying it could not be sued for labeling their products as almond milk.

Oh, and Dictionary.com says that the term “milk” applies to non-dairy alternatives, too.

Want to know "WHAS up" with something? Rob Harris is your guy. He's talking to some of the smartest people in our community to find out more about science, history, urban legends, local quirks, and more.

Make it easy to keep up-to-date with more stories like this. Download the WHAS11 News app now. For Apple or Android users.