What Does Tax Cut Mean For You and Your Family 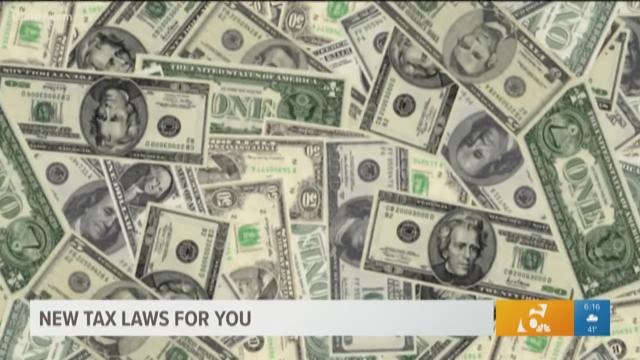 Since the Tump Tax Bill was passed in late December many are wondering what does it mean for me?

Business's and corporations saw the largest tax cut and those are permanent, but we wanted to find out what does it mean for the taxpaying viewers in our area? Kris Radcliffe went to find out.

Will you see more of your own money now that the Trump Tax Cuts kicked in on February 15th? For Pete Micus, father of 4 teenagers, he is a part of what the New York Times called the 91% of all Middle Class Americans who are seeing a benefit.

Pete told KCEN News, "It means a lot We saw a 4% increase, and so what that means is that, it's track season, so 2 of my kids get new spikes, you know they need warm ups and, that was the first thing that we bought."

That same New York Times article says 80 percent of "all" Americans will benefit personally from the new law. Adam Price, Regional Director, with the better business bureau, explained why the extra cash now.

"If I'm married and filing as a joint, they are almost doubling the standard deduction. It's going to be a huge benefit, but we're probably 1 year away from having more money in their pockets and redo the kitchen, they might want to go on that vacation or retreat, or something."

Here are the new tax brackets, The lowest rate for the lowest earners is at 10 percent. The old 25 percent rate which will effect many Americans lowers to 22%, that's for individuals who make between 38 and 82 thousand and married couples making between 77 thousand and 165,000. Anyone making over half a million dollars will be in the 37 percent tax bracket. And those take home pay tables have now been adjusted, and families like the Micus's are pleased.

"We went to San Antonio. We actually had extra money, we ate at The Riverwalk and we had a lovely weekend, and we didn't have that before."

"I have seen an increase of 60.00 per month in my paycheck, to be honest, I don't know it's probably disposable income and I didn't even realize the effect so it depends on how you budget."

And remember, as your filing your taxes now, you are filing for 2017, that's the old tax code. So even though you might see more per paycheck just recently, the tax you owe or get back now has nothing to do with the new tax law.

The difference in your tax return will be seen in 2019. But for the Micus family, that extra 4% is appreciated right now!

"My kids have received the benefit from me keeping my money…."

Now not to get too complicated but the reason that the individual tax cuts aren't permanent and begin to expire after 2025 is that the senate, by rules established there couldn't make then permanent due to having to use the nuclear option. Texas Senator Ted Cruz says that if the Republicans hold the house and get to 60 seats in the Senate this November, the first thing

that they will do is make the cuts permanent for individuals.