All gates at Nationals Park open at 4 p.m. for Game 5. 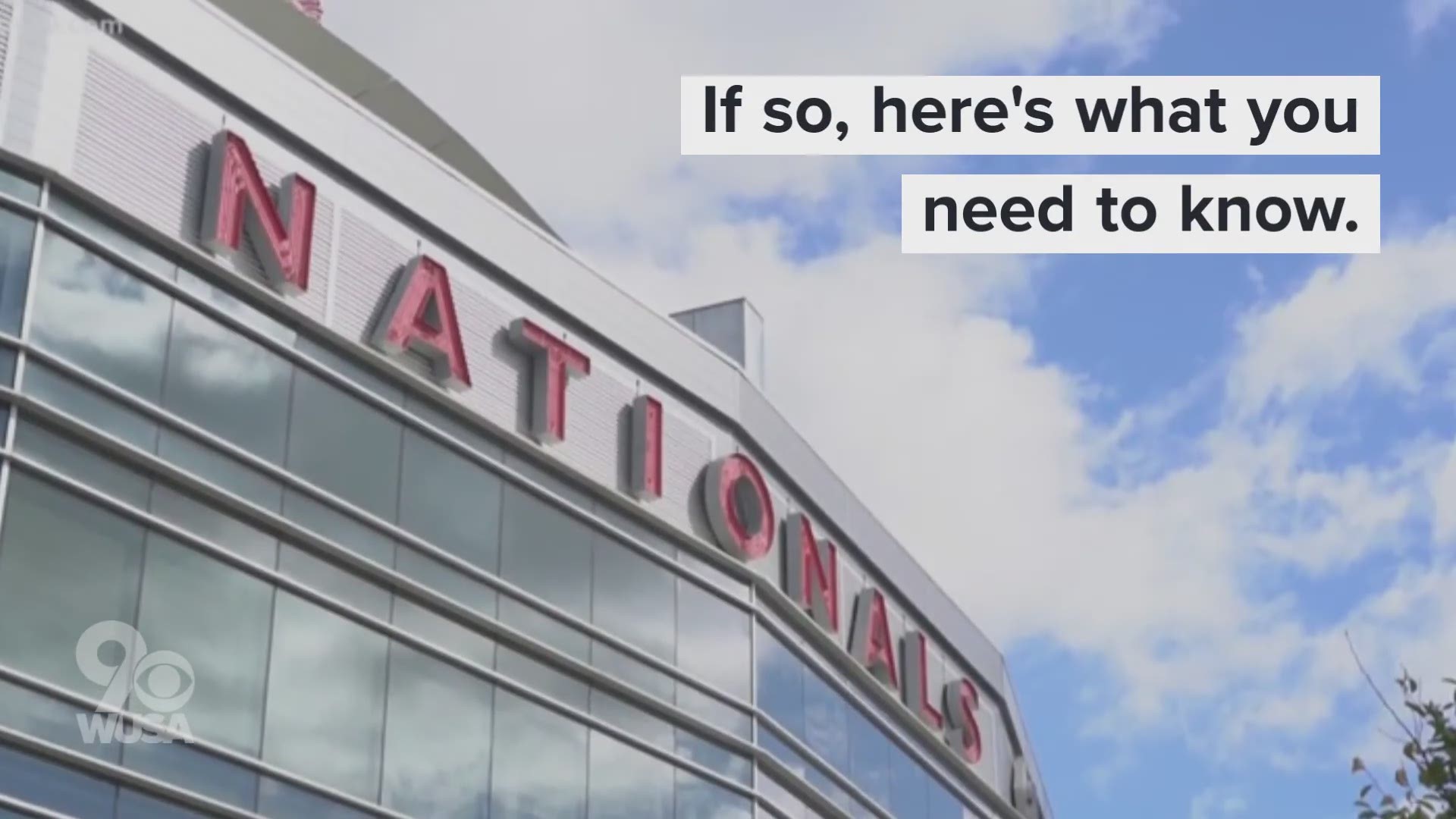 WASHINGTON — Game 5 of the World Series is kicking off Sunday night at 8:07 p.m., and it marks the last 2019 World Series game in the District. After Sunday night, the Nationals hit the road to Houston for Game 6, and potentially Game 7.

While the game doesn't start until after 8 p.m., all gates at Nationals Park open at 4 p.m. for ticket-holders.

President Trump is planning on being in attendance.

A Nationals spokesperson said due to heightened security and bigger crowds, fans should get there early to be expedited through the security screening process.

RELATED: What's next for the Nats after Game 4 loss to the Astros?

Navy Yard will be crowded throughout the day, and there will be several road closures. A Nationals spokesperson said there are other options for transportation, including nearby Metro stations, bus routes and WMATA has extended Metro hours for Nationals postseason games.

Fans can also ride a bike to the area, and there will be a free bike valet.

Nationals fans are encouraged to wear red for all World Series games at Nationals Park.

All fans will receive a Rally Towel featuring the Nationals "Vintage W" logo.

RELATED: Fans aren't taking 'no' for an answer at The Bullpen during the World Series

The ceremonial first pitch will be thrown by chef and humanitarian José Andrés.

The U.S. Armed Forces Color Guard will present our nation’s colors, and The National Anthem will be performed by Sergeant Major Bob McDonald, U.S. Army Chorus

Fans can get a ride to and from the ballpark by ride-share service as well. When leaving the park, fans are encouraged to head to one the suggested ride-share pickup locations, including:

For the updated game schedule, read below: