James Fertsch put up a banner warning people about sewer backup issues, but are those problems really widespread? 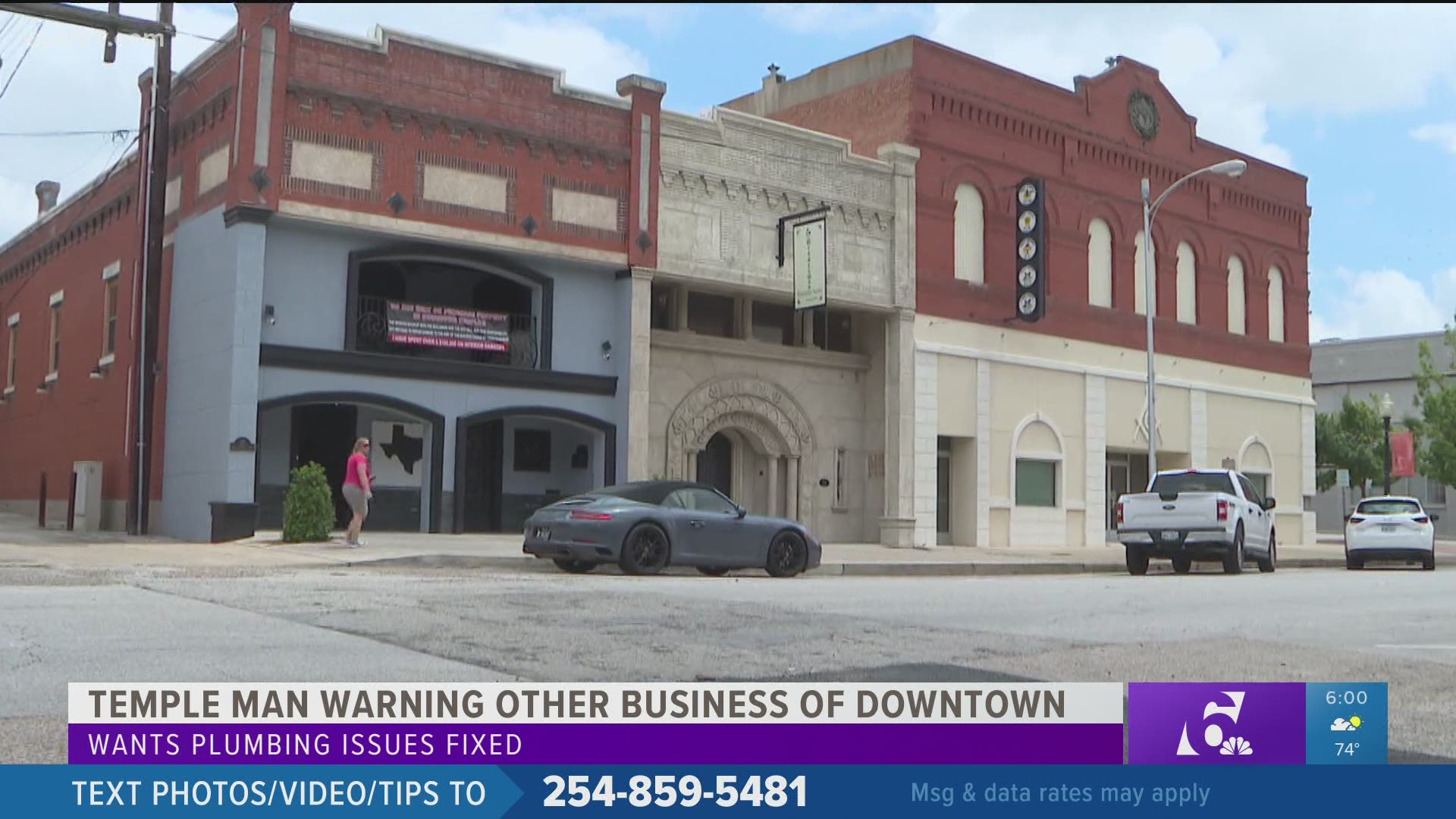 TEMPLE, Texas — Three weeks ago, James Firtsch put up a banner on his Temple business that reads, "Do not rent or purchase property in Downtown Temple!!"

The sign further states the city sewers backup into businesses and that Firtsch has spent "over a $100,000" on damages.

Firtsch showed 6 News several payments and invoices on Thursday, including one $17,756 invoice for flooring. He said he had experienced seven backups in the last three years.

Firtsch owns Extreme Clean, 14 E. Central Ave Suite 3, which cleans offices and other businesses. He said he was worried having more business in the area, without improvements, would lead to more backups.

"If your infrastructure isn't there to hold it, what's the point?" Firtsch said. "You are going to have a lot of angry people."

So does Downtown Temple have a consistent issue with sewer backups? The current answer seem to be: No.

Firtsch said the downtown sewers were an issue and named two other property owners that had reported similar issues. He said he then reached out to the City of Temple and to Temple Mainstreet Program manager Dan Kelleher.

“Based on the feedback that I’ve gotten from the community, these complaints are not common,” Kelleher said.

In fact, Kelleher told 6 News he had only heard complaints from Firtsch and who other business owners who happened to be the same business owners Firtsch mentioned. He encouraged 6 News to double check with the city for more complete information.

City of Temple spokesman Cody Weems said in an email: "The City offered to install a grinder pump on the property to address gravity flow issues and allow that property to also tie into the newer line. These pumps also include a valve that prevents backflow."

Weems further stated, "This is not something that is necessary at every property, as several downtown properties are on newer sewer lines. When necessary, the City can install a grinder pump to address these issues. The incident in question affected two other properties. The City was able to tie one of the properties into a newer sewer line and reached an agreement with the second property owner to install a grinder pump."

Weems said several downtown customers are still on older pipes while some were on newer city pipes. He said the city currently has a consultant conducting an evaluation of downtown infrastructure to determine what additional improvements are necessary.

Still, Weems could only identify three property owners, including Firtsch, who have dealt with the same sewer backup issues.