Officials said the property loss happened on the north end of Dixie Valley. 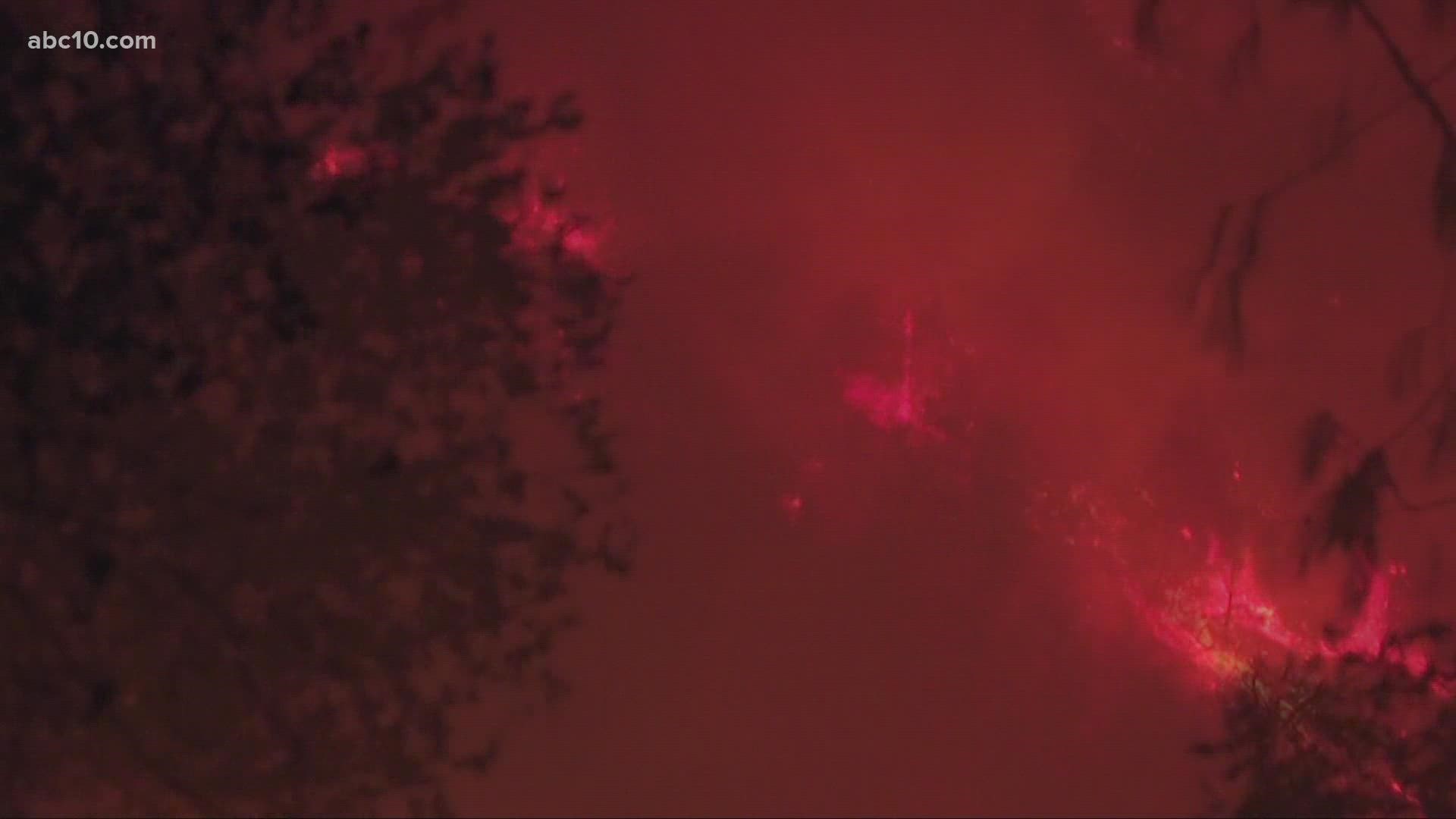 Operations Section Chief Jeff Serber said the property loss happened on the north end of Dixie Valley. Numbers on the structure loss aren't available at this time. Incident Commander Evens Kuo said crews stopped southerly progression on that portion of the fire and that the bulk of the structures were outside of the fire perimeter.

In the west zone of the fire, Cal Fire expects a portion of the fire in Lassen Volcanic National Park to burn into itself Monday night. Officials said the fire was active burning to Pacific Coast Trail and up to the Hat Creek drainage where it is tied into Badger Flats.

The Dixie Fire is roughly 100,000 acres away from becoming the largest wildfire in California state history. Currently, the largest fire in state history is the August Complex Fire from 2020. It burned 1,032,648 acres in seven counties.

The Dixie Fire is impacting five counties in Northern California: Butte, Plumas, Tehama, Lassen, and Shasta, according to Cal Fire. The fire has burned 914,655 acres acres and is 58% contained. It has destroyed 688 homes.

A live map showing which structures have been destroyed or at risk is available below.

A live evacuation map is available below.

An updated map of the acreage of the Dixie Fire.

►Stay in the know! Sign up now for the Daily Blend Newsletter

According to Cal Fire, 2020 was one of the most severe fire seasons on record as 9,917 wildfires burned 4.2 million acres. Over 9,000 structures were destroyed, and 31 people (civilians and firefighters) were killed.

California also experienced its first "Gigafire" because of the August Complex Fire, burning over 1 million acres by itself. Four of California's top five largest wildfires in state history happened in 2020.

If you live in a wildfire-prone zone, Cal Fire suggests creating a defensible space around your home. Defensible space is an area around a building in which vegetation and other debris are completely cleared. At least 100 feet is recommended.

RELATED: Where are wildfires burning in the Golden State?

The Department of Homeland Security suggests assembling an emergency kit that has important documents, N95 respirator masks, supplies to grab with you if you’re forced to leave at a moment’s notice. The agency also suggests signing up for local warning system notifications and know your community’s evacuation plans best to prepare yourself and your family in cases of wildfires.

Some counties use Nixle alerts to update residents on severe weather, wildfires, and other news. To sign up, www.nixle.com or text your zip code to 888777 to start receiving alerts.

RELATED: Are you wildfire ready? Here's what to do to prepare for fire season.

PG&E customers can also subscribe to alerts via text, email, or phone call. If you're a PG&E customer, visit the Profile & Alerts section of your account to register.