Woodway's City Council voted unanimously to accept city manager, Yost Zakhary's, resignation from his position Monday amid allegations of sexual harassment and a subsequent lawsuit by a city employee. 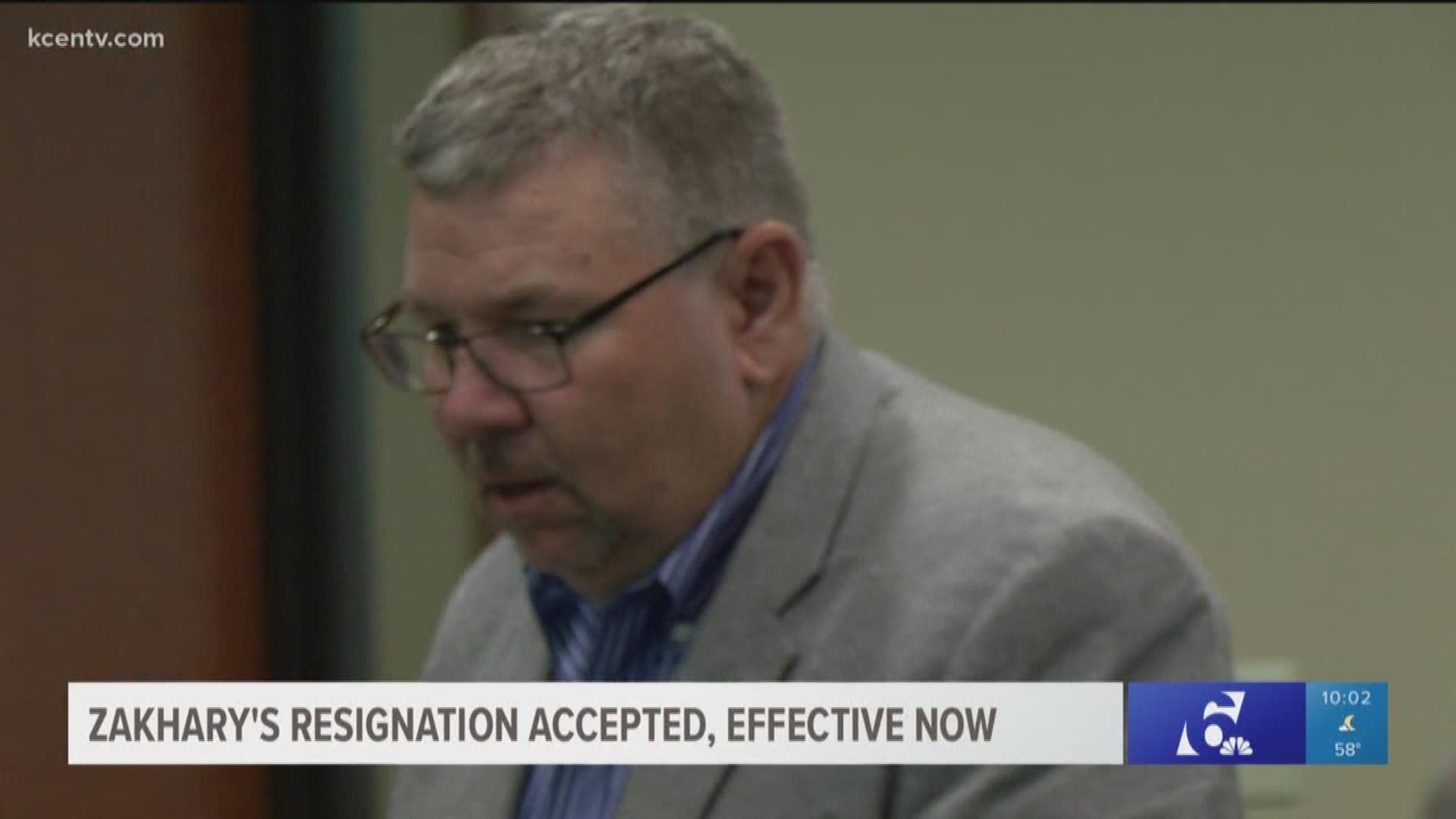 WOODWAY — The city of Woodway's City Council voted unanimously to accept city manager, Yost Zakhary's, resignation from his position Monday amid allegations of sexual harassment and a subsequent lawsuit by a city employee. Zakhary had resigned from his position early Monday morning, according to a press release.

The lawsuit, filed by an employee in the Woodway Public Safety Department, accuses Zakhary of sexual harassment, assault, infliction of emotional distress and claims the city should be held liable for his alleged misconduct. The accusations stem from incidents that allegedly happened in 2017 while Zakhary was also the city's public safety director, a position from which he recently resigned.

The lawsuit claims Zakhary suggested the woman who filed the lawsuit get a breast enlargement, commented on her attractiveness, referenced her naked body and even made remarks about a sadomasochism act. During a city-sponsored event, Zakhary allegedly pulled her ponytail multiple times -- jerking her head back and forth to simulate a sex act and said: "Oh yea...you know that's what your boyfriend likes," according to the lawsuit.

"Zakhary's repeated sexual harassment of Plaintiff and other female employees were extensive, long-lasting, unredressed, and consisted of uninhibited sexual threats or conduct that permeated Plaintiff's work environment," the lawsuit said.

Zakhary allegedly also took and kept unauthorized cell phone photos of at least one female employee's body parts and showed those images to other people, the lawsuit claimed.

"It was this ultimate position of power held by Defendant Zakhary which rendered his victims helpless," the lawsuit said.

The attorneys representing the woman behind the lawsuit said the case was filed to protect both her and other women.

"We intend to hold Mr. Zakhary, and any City of Woodway public official enabling or protecting him, accountable for Zakhary's sexual misconduct and to vigorously protect the rights of [redacted name] and all the other female public servants who are or have been victims of sexual harassment or assault while employed by the City of Woodway," the law firm of Johnson Hobbs Squires said in a statement.

The lawsuit seeks monetary damages for mental anguish, as well as attorney fees, and demands a jury trial.

Zakhary has been employed by the City of Woodway in different roles for more than three decades.