Wrong-way crash on I-35 kills 1 driver, hospitalizes another

All southbound lanes at Exit 286 near Salado reopened, and an investigation into the accident begins. 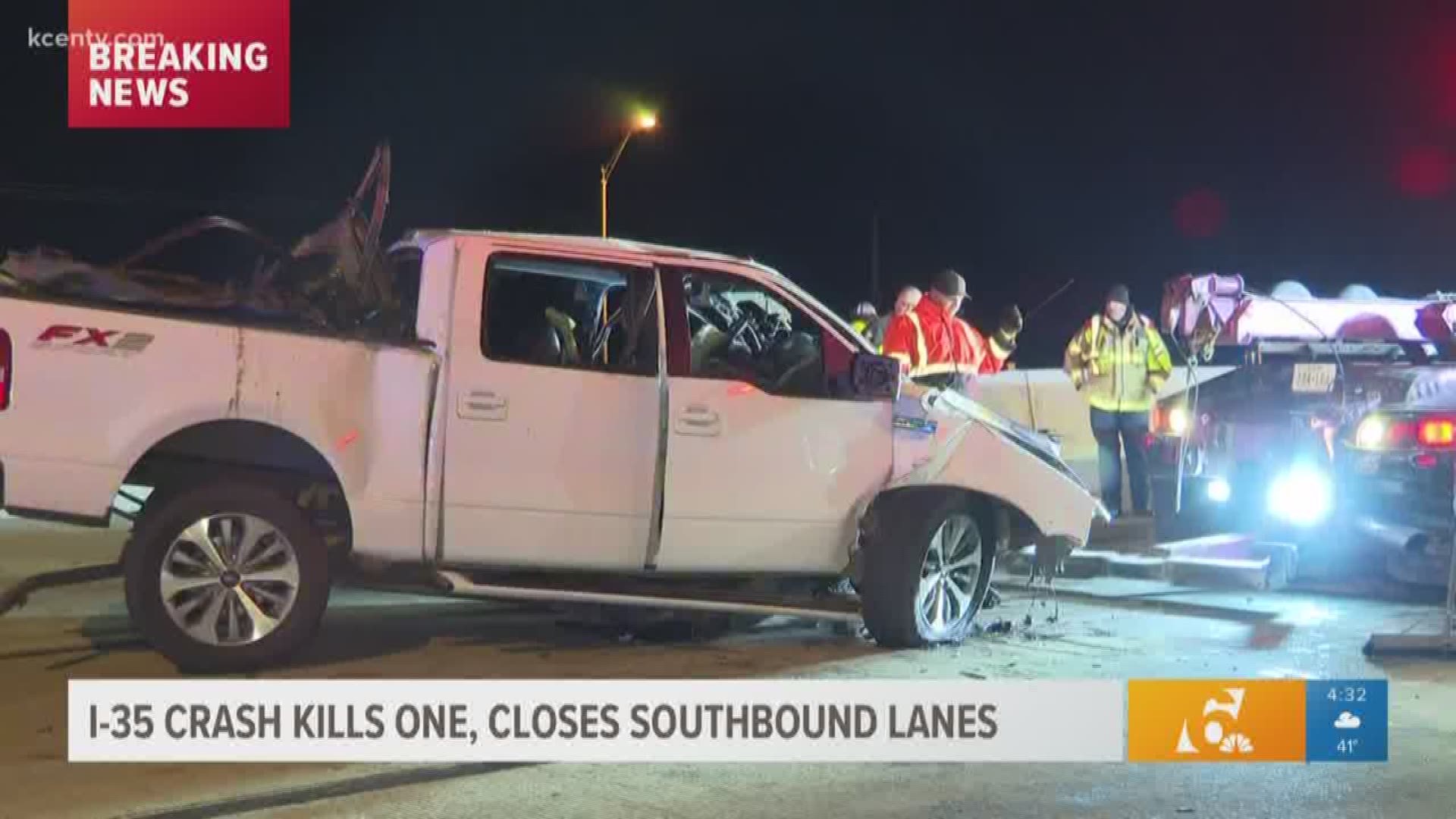 SALADO, Texas — One driver is dead and another is hospitalized after a wrong-way crash on Interstate 35 on Monday night. All southbound lanes at exit 286 near Salado reopened around 2:40 a.m.

Belton Police Deputy Chief Larry Berg said a driver traveled the wrong way on the southbound lanes of I-35 and crashed head-on into another vehicle at exit 286.

The second driver involved was taken to Baylor Scott & White for injuries.

The Belton Police Department received a call around 9 p.m. Monday about the accident. All southbound lanes near the crash site were shut down as officials worked to tow the vehicles.

The accident is under investigation, Berg said.