Christopher Slutman was a lifetime member of the Kentland Volunteer fire department, where colleagues are in mourning. 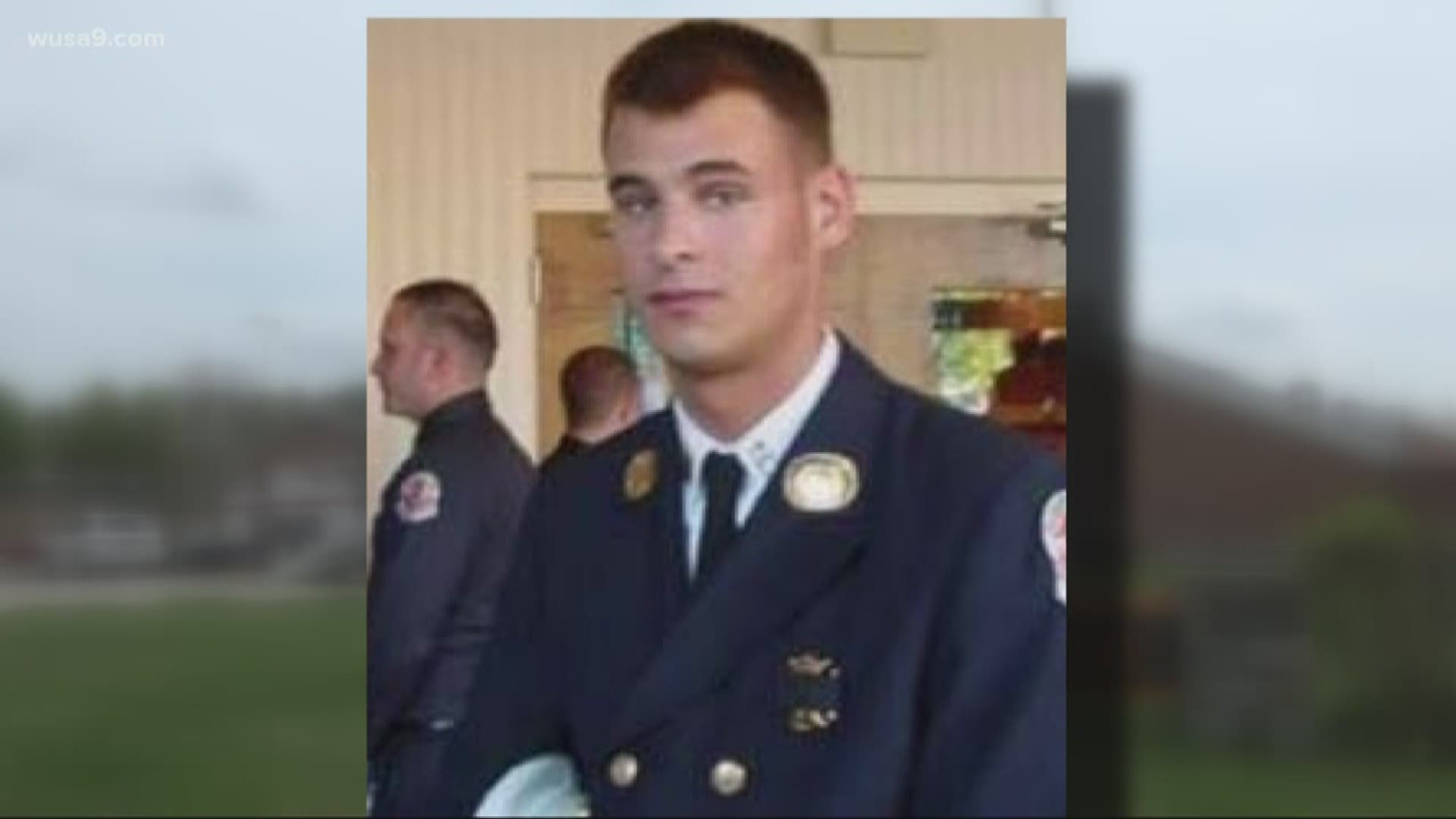 GREATER LANDOVER, Md. — A Prince George's County Marine was among three US service members killed in a Taliban roadside bombing attack near Bagram Air Base in Afghanistan.

Christopher Slutman, who was also a life member of the Kentland Volunteer Fire company in Landover died in the attack, according to a Facebook announcement from Kentland Fire Chief Oleg Pelekhaty.

"It is with deep regret that the Kentland Volunteer Fire Department (KVFD), Incorporated announces the tragic passing of Life Member Christopher Slutman," Pelekhaty wrote. "A nineteen-year member of the Department, Ladderman Slutman was mortally wounded while bravely serving his country in Afghanistan as a Staff Sergeant with the United States Marine Corps."

"Ladderman Slutman was also a member of the Fire Department of the City of New York, where he served in the Bronx as a member of Ladder 27," according to the Facebook post.  "Typical of Chris’ dedication to service, as a member of the FDNY, Chris received the Fire Chiefs Association Memorial Medal for his heroic actions on a multiple alarm taxpayer fire in July, 2013."

"Through this trying time, we will remember Chris for the father, husband, brother, son, and friend that he was, the moral character he displayed daily, and the courage and conviction to serve his fellow Americans, both at home and abroad," Pelekhaty wrote.

Slutman volunteered for the first time at Kentland in 2000.

According to a Pentagon statement the attack happened Monday.

Three American service members died when their convoy was hit by a roadside bombing on Monday near the main U.S. base in Afghanistan.

The U.S. and NATO Resolute Support mission said the Americans were killed near the Bagram Air Base, north of Kabul, while three others were wounded in the explosion. The base in Bagram district is located in northern Parwan province and serves as the main U.S. air facility in the country.

The wounded were evacuated and are receiving medical care, the statement said. It added that in accordance with U.S. Department of Defense policy, the names of service members killed in action were being withheld until after the notification of next of kin.

Slutman was a 15-year FDNY member.

He leaves behind his wife, Shannon, and three young daughters.

New York City officials say Slutman was the fourth FDNY member to die while serving in Iraq or Afghanistan since 2003.

The NY Police and Fire Widows'& Children's Benefit Fund, also known as Answer the Call, will provide Firefighter Slutman's widow with $25,000 to assist her with immediate expenses. In addition to this initial support, Answer the Call will then continue to provide his family with ongoing support and hopes to raise enough funds to provide his widow with annual financial assistance each year for the rest of her life. On average, the organization provides a widow or widower with over $300,000 in total support over the course of his or her lifetime. To learn more or to donate, please visit: www.answerthecall.org.