Marlin residents patching their own streets

Some Marlin locals have gotten fed up with waiting on the city to fix their roads, so they're trying to make the improvements themselves. 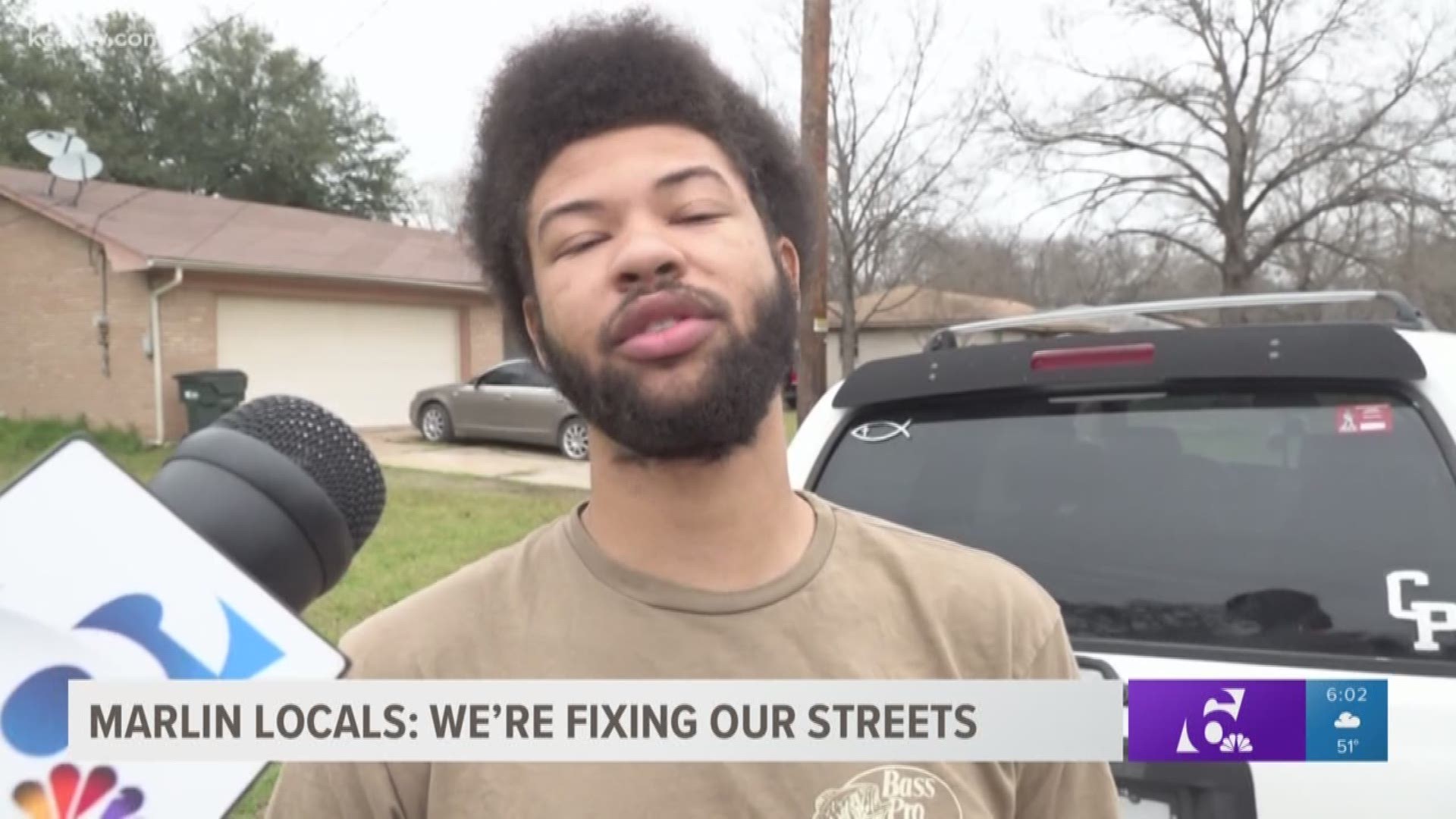 MARLIN, Texas — After waiting on the city to see an improvement to local roads, some Marlin citizens have taken it upon themselves to improve the community. At the same time, the Marlin City Manager refuses to address the issue publicly.

A Facebook post showed a local man, who people claim is a pastor, fixing holes in the city.

Karla Bruton Smith
I'm not sure who this man is but he's serving our community by fixing a pothole at the corner of Coleman and Walker Streets. A big thank you for being a part of the solution. Everyone can make a...

People on Facebook praised the man for being part of the solution.

Others have also started fixing their local streets, but a person KCEN Channel 6 found Thursday, who admitted to patching several holes, said they did not want to be identified because they were worried it would bring trouble.

Shorty afterwards, local resident Jevon Davis told KCEN Channel 6 people had already been paying hundreds of dollars to fix the street in front of their driveways.

"People will just go and buy some cement, or will have someone come out and spend $300 to $400 just to get their driveway fixed," Davis said. "I feel like people shouldn't have to do that."

Channel 6 reporter Andrew Moore tried to speak with the City of Marlin about the issue Thursday.

City staff told Moore that city manager Alan Grindstaff was going to be in an audit meeting Thursday and Friday and could not be disturbed.

When Moore insisted that staff members should let Grindstaff know he would like a few minutes to talk about the street issues, Grindstaff sent a message back though city staff that he was still refusing to speak to the media.

City staff said the only other person who could address the issue was public works director Andrew Poe, but Poe was working at the water plant. Staff was unwilling to contact Poe for the rest of Thursday.

Davis said the general feeling is that the city, and the council, is unreliable and people are on their own.

Other locals said they didn't know what to do, other than hope the city would one day fix the issue.

"We're just waiting on the city to fix the streets. That's all we are doing. That's all we can do." Charles Robinson said. "We can't force anybody to do anything. We don't have the power for that."

City Manager Alan Grindstaff was already under fire Tuesday after the council nearly passed a vote of no confidence regarding Grindstaff at a special meeting.