In this edition of "Mi Gente," we celebrate tradition with some life long residents of the tiny community of Banquete. 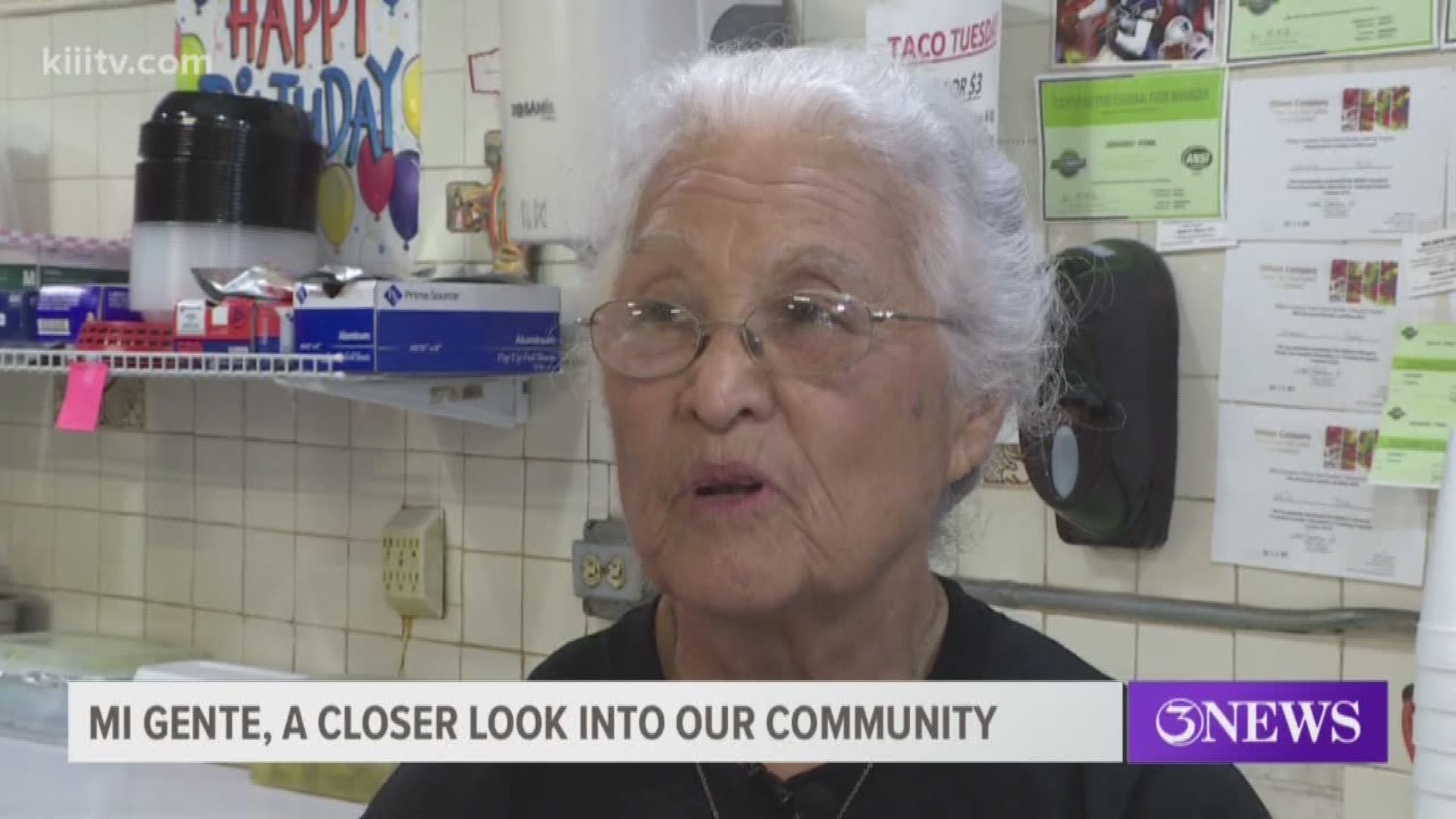 CORPUS CHRISTI, Texas — In this edition of "Mi Gente," we celebrate tradition with some life long residents of the tiny community of Banquete.

A couple who 65 years ago had but one simple dream: To provide for their family.

Today that is exactly what the Pena Family celebrates every day through their hard work and determination.

It's pitch black on this particular morning in Banquete, Texas. We hear a truck door slam shut and we're greeted with a friendly "good morning."

And so begins the daily ritual for Milo and Modesta Pena.

This has been the couple's routine seven days a week for the last 65 years. And they're still going strong without missing beat.

"We try to get here as early as we can before 3 o'clock and we start chopping the bacon and getting things ready for the day," Mr. Pena explained.

"We get up at 2 o'clock and then we get dressed and come over here by 2:30am, 15 minutes til 3am every morning. Saturday and Sunday, holidays and everything," Mrs. Pena said.

They are the owners of Pena's Grocery and Deli in Banquete.

"As long as we're together, we're fine," the couple agreed.

They started out with a small gas station on the main highway. But that changed in 1963.

"In 1963, when the store opened, the week that they killed Kennedy, it was the same week the store was to open," Milo explained.

And since opening the doors to their business, it's become a landmark. Folks line up early for breakfast tacos and then again for lunch.

Milo openly admits his better half, Modesta, is also the better cook.

"Oh no, that girl can cook. She can bake, she can cook and you name it. I haven't found a meal yet that I didn't like that she cooks. She cooks excellent," Milo said.

20 years have come and gone since Modesta stepped in to help Milo cook. Before then, she was raising seven children, who now help them run the business when the couple goes home to rest.

"We go and eat lunch and come back around 10-10:30am. And help them with the lunch rush til around 1:30-2pm. Then we go home and take off for the evening," Modesta explained.

Longevity has it's perks when it comes to business. Pena's Grocery and Deli is now known not only for its tacos, but also for the chicken fritters.

"It's a piece of breast. He takes all of the fat off of it. No fat on it. Then he tenderizes it and then he dips it in the wash and flour and then fries it. They make sandwiches, make a plate or they make a salad and everybody likes them," Modesta said.

The couple are devout Catholics and say "but by the grace of God" they enjoy their successes.

"About 12 years ago, I had an aneurysm. That got me away from everything. I was 12 days in a coma. Prayer brought me back and here I am," Modesta said.

"They only gave her two hours to live," Milo said. Modesta added "we had people praying like you wouldn't believe."

The Pena's are a closeknit family and it's that unity that keeps them running.

While the couple admits the spring in their step is a little slower these days, their minds are still as sharp as a tack.

Milo and Modesta say there is only one secret to their success and it's not in the tacos or the fritters.

"It's love and our customers. The Banquete people that have supported us all these years. School children and our family. Puro love que nos dan. That's what keeps us going," Modesta said.