91-year-old woman continues to volunteer at VA with over 65,000 hours

"For me, it helps me, and I'm trying to help people who really need help" 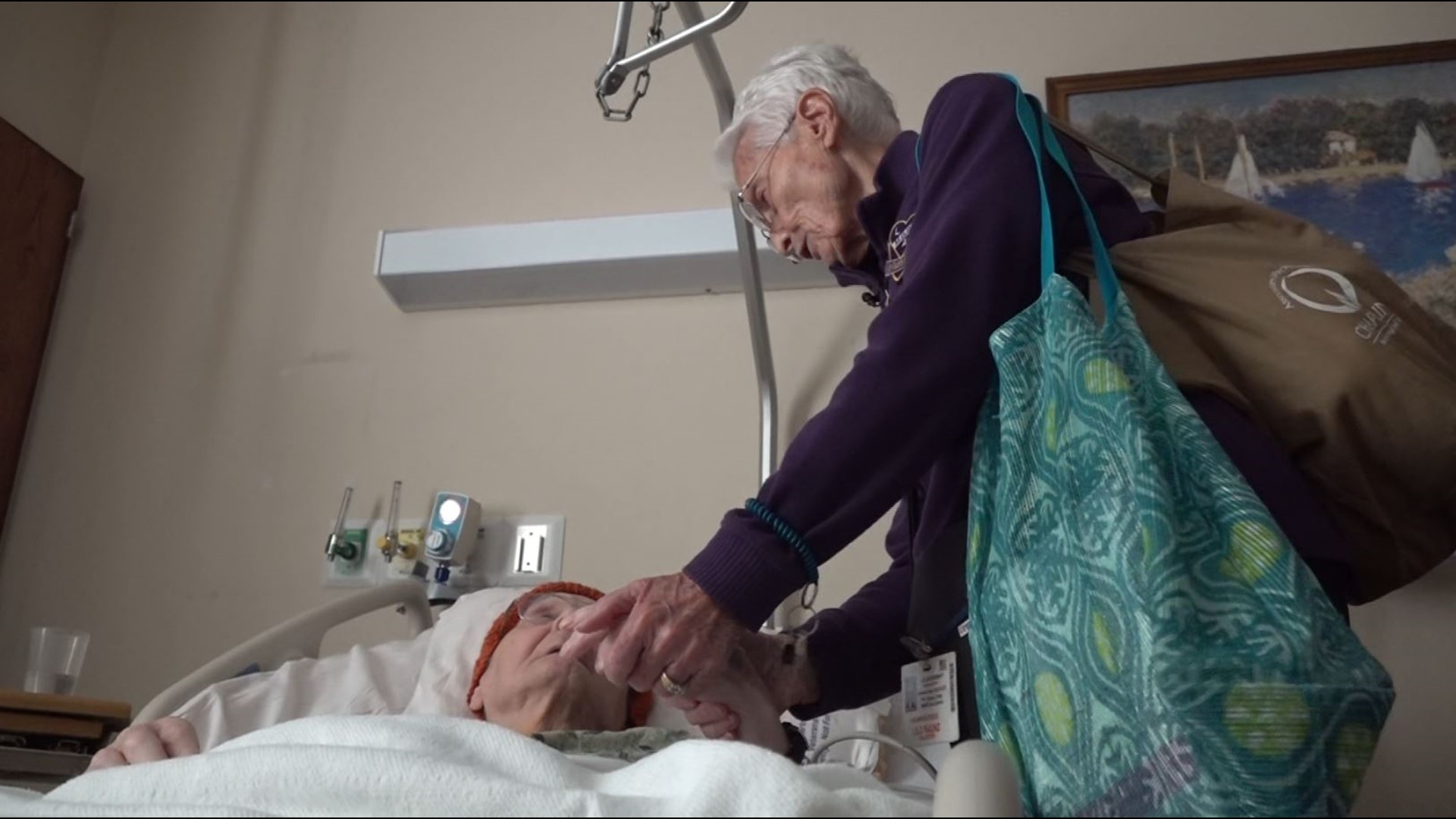 TEMPLE, Texas — The day began early for 91-year old Lilo Saenz as she got ready to be the difference for hundreds of Veterans at the Central Texas Veterans Health Care System in Temple.

"127 wants to see me?" Lilo asked while she walked the halls after grabbing her bag of goodies.

Lilo knows the route, the rooms and the people that call those walls home at the Community Living Center.

"What do you want, 127?" Lilo asked jokingly as she knocked and entered the room, before passing out pretzels. "Can you eat salt?"

"If they ask for something, I can't promise anything, but sometimes it takes a week or two to get what they need," Lilo told 6 News Reporter Bary Roy.

Lilo has been visiting with veterans every single day since 1977. She has logged more steps and smiles than she can count in her 65,000 volunteer hours in the last 42 years.

"She makes makes me happy," Colleen Hartman, a former Military Police officer with the United States Army said. "When I first met her, I didn't understand how she could do it. She makes me happy and then she makes me sad because I'm not that good a person and I would like to be."

"Oh, she's just the sweetest thing," Cully Knipe, a veteran of the United States Navy said. "I don't have any family that's nearby so she's become my adopted family."

As Lilo makes her rounds, shakes hands, offers words of encouragement and talks with those who may otherwise sit there alone, she said this is what she wants to do. She knew it as soon as her husband passed away years ago.

"When I lost my husband, I moved into Senior Apartments and I cannot play bingo with those old folks. That's for old folks, not for me," she said. "For me, it helps me and I'm trying to help people that really need help."

As Lilo makes her rounds, one can't help notice the varying Christmas decorations hanging around with doors and rooms dressed for the season.

"That's bad for me, Christmas Eve especially is very bad for me," Lilo said, closing her eyes briefly. "My father was killed by the Nazis in 1939 on Christmas, so it's always been bad."

She said having her husband and kids has helped her not think about it, but it never escapes her mind.

"I have to keep busy, that's how I was raised," she said. "and you help others if you can."

Lilo said she will spend Christmas Eve with the Veterans here. Pies, cakes, candies and all the love she can muster is her biggest gift to them and when asked what she hopes those she touches take from her time with them, her answer is selfless.