A Joyful Life with Jennifer | Texas veteran inspires others through her business, hope and love

Jennifer Ballou started her business after losing her husband to war 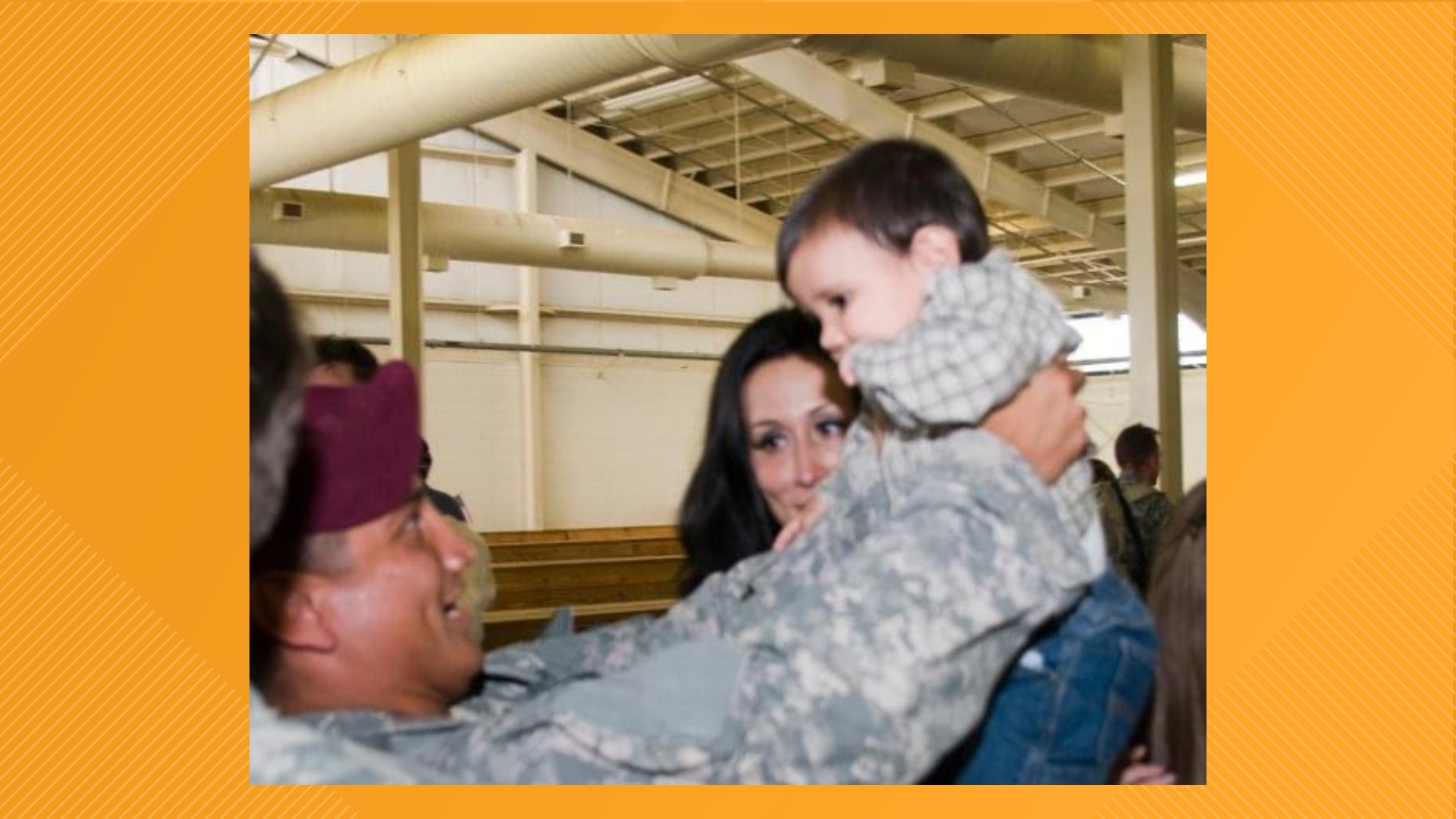 HARKER HEIGHTS, Texas — The military way of life wasn't something that crossed the mind of Jennifer Ballou as a little girl in Mentor, Ohio, a city about 30 minutes northeast of Cleveland.

"I always thought that I wanted to be a nurse," she said.

Ballou said a girl she worked with at a part-time job in her senior year of high school had signed up with the U.S. Army. After some deliberation, she did too.

"When I started to learn more about the military and the Army in particular, and began to understand what it offered, that became very appealing to me," Ballou said.

The young girl from Ohio packed up and headed to basic training so she could chase a dream in the healthcare field. It was awhile after that when stationed in Vicenza, Italy, that she met a man who would change her life forever, Eddie Loredo, an Infantryman in the Army.

"When I met Eddie, I was a single parent of my oldest daughter stationed in Vicenza, Italy," she said. "My career and raising my daughter were at the forefront of my mind and I didn't have time for anything else."

Jennifer said Eddie charmed her, made her laugh and was everything she never thought she was looking for.

"He had this energy about him and it lit up a room," she said. "He was happy from the moment he woke up in the morning to when he went to bed. He was just happy to be alive every single day."

As an Infantryman she said he was gone a lot and they spent their fair share of time apart. But she knew, and Eddie knew, that they wanted to spend their lives together. They were married in early 2007.

Their lives together took them from Italy to Fort Bragg, NC before the both of them were deployed to Afghanistan. Eddie in la,e 2009 and Jennifer in 2010. Just six weeks into her deployment, the unthinkable happened.

"He was on a patrol and when he dismounted, an IED exploded," Jennifer said. "And immediately he lost his left leg and was still alive but they encountered the enemy and couldn't get him out of there as quickly as they would have liked."

Jennifer said Eddie was a fighter and he fought hard that June day in the Afghanistan desert, but it wasn't enough.

"I had no doubt in my mind that he was going to pull through," she said, acknowledging that they both knew a day like this was a possibility. "I remember thinking on the plane ride there that Eddie was going to be that soldier was running the ten-miler in a couple of years with one leg."

Eddie died before Jennifer could get to him, just minutes before his 35th birthday.

She admitted that the years following Eddie's death were hard. She had her moments but she was able to pull herself through.

She is now helping others who just haven't been able to find life's meaning in the shadow of darkness.

"I work with women veterans and military families and help them navigate through changes in their life while living a whole and happy life," she said.

She's doing it through a business she started in 2018 called, 'A Joyful Life with Jennifer.' This business gives a chance to connect with, help and be the hand many people need when they aren't sure where else to turn.

Ballou said when she would share her story of love and loss with Eddie, it made her realize that she could use her voice for something good, powerful and to make difference in a small tight-knit fraternity that no one asks to join.

"I've seen so many people, soldiers and their families, Gold Star families who just crumbled. Who struggled, who couldn't find it to move forward," Ballou said. "I have a message to share and as uncomfortable as it is or as scary as it is, being able to help others makes it worth it."

Ballou is now a certified life coach, registered yoga instructor and said she is completing her life's work to help others who need it, a desire first sparked as a little girl when she wanted to be a nurse.

One of the teachings Ballou instills in those she speaks with is the idea of resiliency and bouncing back, a lesson she learned while in the Army.

Ballou said resilience is the tennis ball with the chunks out of it and the black nicks on it because that resembled the bumps and bruises of real-life adversity, pain, loss and despair.

"You might even be on the ground for awhile you might not bounce right back up," Ballou said, admitting that that's okay and is expected. "It's about taking that one step when you feel ready and able, then two steps as well as reaching out to your left and your right and grabbing onto those people that are next to you that are willing to help you."

Ballou said she has married again. She tied the knot with her husband Omari almost three years ago, another thing she never thought she'd do again.

Ballou said she found a researcher, professor, lecturer and author named Brené Brown who helped her on her journey of accepting, healing and dealing with grief.

"One of the things she says is that in order to feel the good emotions, the love, the happiness, the joy, we have to allow ourselves the tough emotions," she said. "Once I allowed myself to deal with the hard stuff, it opened the door to so much beauty and so much love. As hard as it was I am so glad that I did that."

If you or someone you know is a military family or a female veteran that needs help and guidance, Jennifer Ballou has asked that you reach out to her via email, her website or through Facebook.