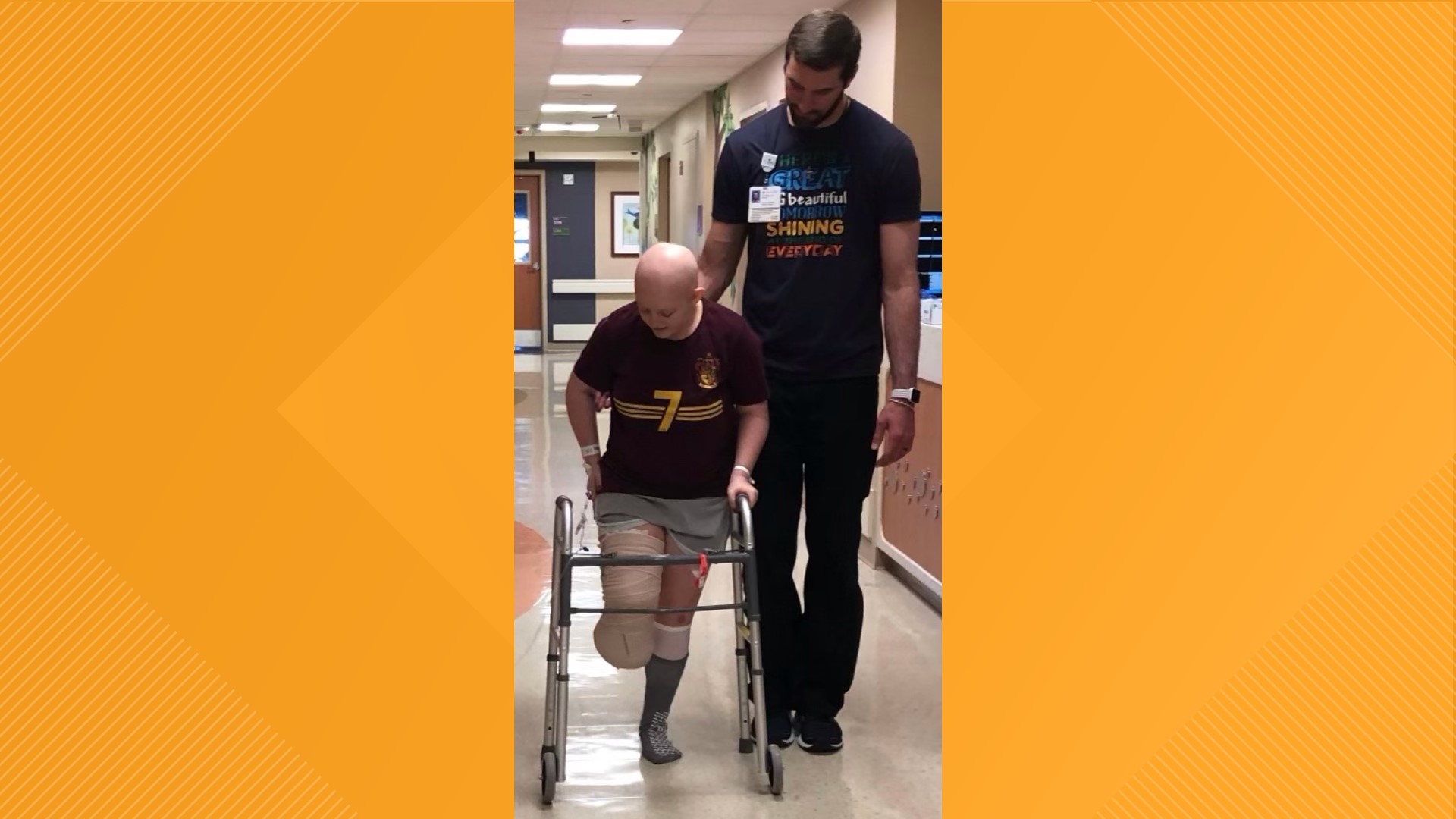 COPPERAS COVE, Texas — The words are still hard to say for Libby Kimbel when she relives the last fourteen months as she fought Ewing Sarcoma.

"My ankle swelled up and we thought that I sprained it," she said. "I wore an ankle brace and that seemed to help but when I took it off, the swelling returned immediately."

After a series of scans, Kimbel said she got news she never expected.

"On Tuesday, September 17, we went to the ER," she said, tears beginning to roll down her cheeks. "Three nurses came in and they said that there was nothing structurally wrong but it was cancer."

Kimbel said one week after her initial diagnosis, she learned she would lose her hair to chemo, she would no longer be able to attend school and that she faced a right lower leg amputation. As a dancer, she said that was one of the hardest things to learn.

"This was the best shot at beating Ewing Sarcoma but nothing seemed fair to me," she admitted. "This journey was happening whether I wanted it to or not."

On Dec. 3, 2019, Kimbel arrived at McLane Children's Hospital to be admitted for a six day stay and to have her lower right leg amputated in hopes of beating the cancer. That day also happened to be Giving Tuesday Military -- an initiative to spread one-million acts of kindness around the world.

"We need more kindness. We need more hope. We need more love and we need to be able to say, even though the world is crazy and upside down, there's still love out there and hope," said Julie Moser, the Executive Director of the Pink Warrior Angels of Texas.

That is exactly what the PWAT did for Kimbel the day she was being admitted into the hospital on Giving Tuesday. They gave to her a basket of small gifts that made a world of difference for a scared eighth grade girl staring down the biggest challenge of her young life.

Kimbel wanted to make others in her position feel the same way she did. So, on Wednesday she helped put the care packages together.

"They are bags of hope," she said of the bags she helped to fill for others, "because they make cancer patients happy."

"We want them to remember that they're not alone and that we are here for them during their battle," Moser said. "Even though this year looks different because of COVID and not being able to have their friends and their families by their side or when they have their surgeries, we are still able to give them this small piece of hope."

Kimbel just hopes she can bring a smile to the face of someone who needs it because she needed it too.

"If you're going through a hard time, just know that God's got you," Kimbel said. "Just know your parents have your back, your nurses, your friends. Don't let it get to you and don't let it define you."