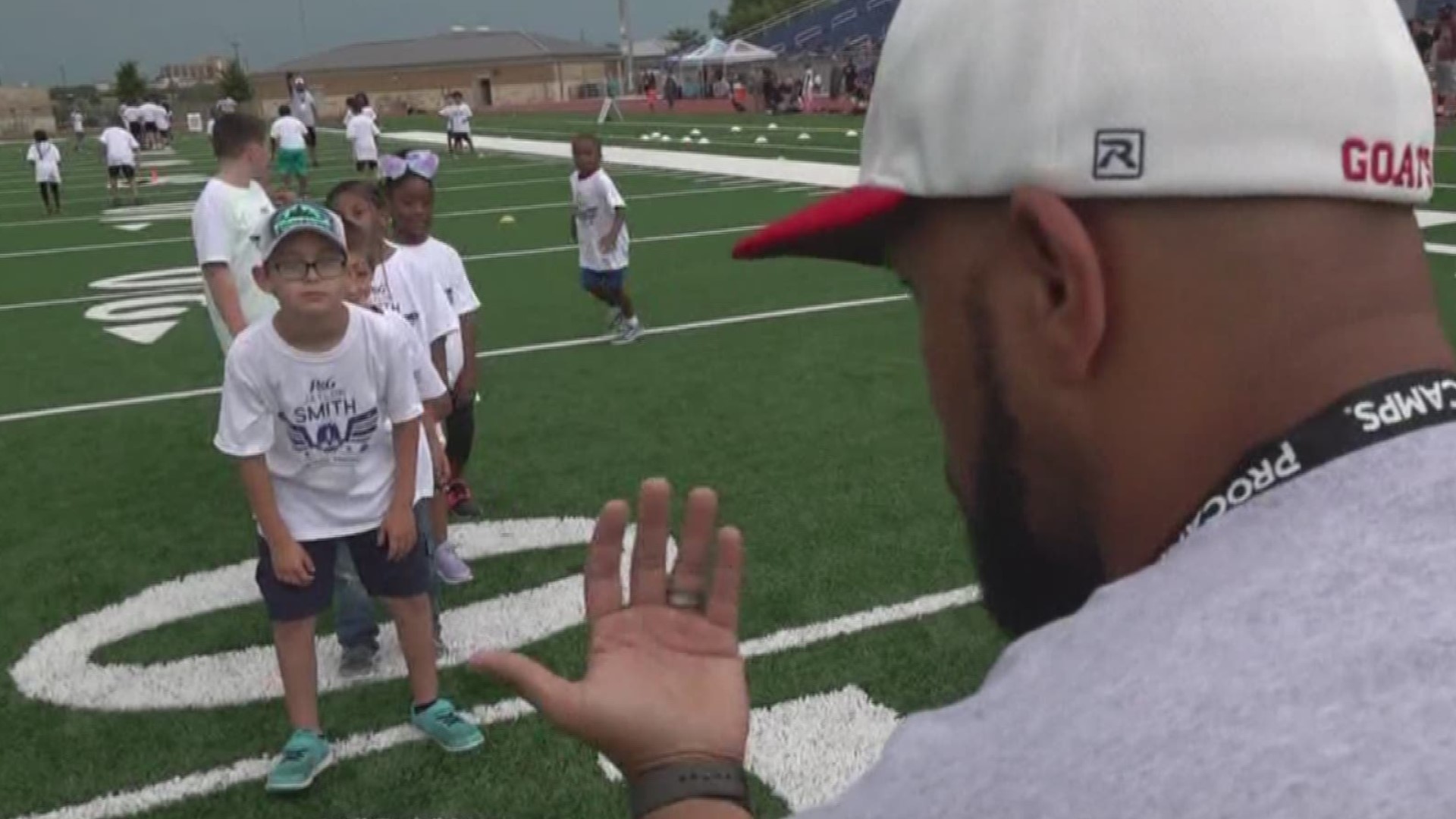 FORT HOOD, Texas — Kids and their parents packed Fort Hood Stadium Monday to listen and learn from one of the best players on the Dallas Cowboys.

Linebacker Jaylon Smith hosted 150 kids at a football camp designed specifically for them. Kids in first through eighth grade were welcome to attend.

"For me having people I looked up to when I was a child and have them come out and give back to me, it's a true testament to where I am today," Smith said. "So, for me, it's about paying it forward."

Smith helped coach the young athletes through various drills at all different skill positions including linebacker, quarterback and wide receiver.

"I've been playing football for 5 years now," William Matthews, who attended the camp, said. "I want to learn every diagnostic, so, when I'm at practice and suppose to be practicing positions to play, I play them correctly. I want the coaches to have a tough decision to make."

The young athletes were excited to have the chance to improve with a professional... even if he wasn't from their team of choice.

"My favorite player on the Bengals is A.J Green," Keith Marshall, a 10-year old Cincinnati Bengals fan attending the camp, said. "All the drills out here will help me get better and I could probably use some of the advice from the coaches that I could use in the game"

Smith says, more than any technical skill, he hopes they walked away from the camp knowing they can do anything they set their minds to.

"There's a lot of stuff that these kids go through and they experience that they may not even be aware what the real world is truly about," Smith said. "So, for myself it's about exposing them to some great vibes and good energy."

Smith said he understands the obstacles military kids face. He himself is no stranger to difficulties.

While in college in 2016, Smith suffered a knee injury in the 2016 Fiesta Bowl just before the NFL drafts.

"Everyone's dealt their own hand," Smith said. "For each and every person, it's about perseverance, so they're going to be challenged out here on this field today."

Smith said he wants to make sure the kids know exactly what it takes to make the best of the hands they're dealt.

"No Shortcuts. Extreme effort each and every play."