George Hayward's book 'The Party Dolls' also has the story of a local man, Lt. Col. Alton Meyer, his role in the plot to escape and torture after it failed. 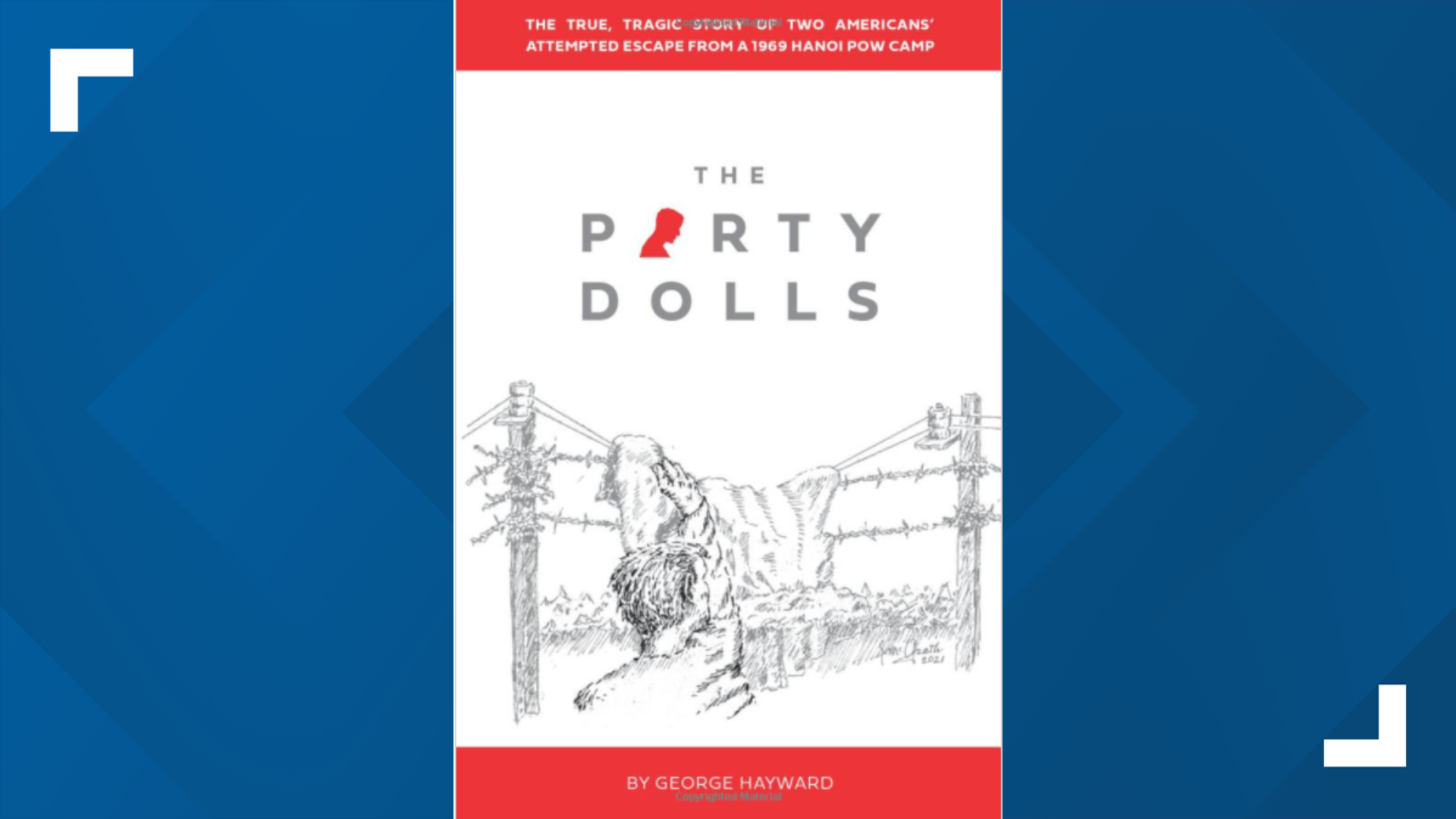 TEMPLE, Texas — A new book and 10-part podcast debuted on March 31. It tells the story of a daring escape planned from a Hanoi prison in Vietnam by two U.S. Air Force captains and the death of one of them.

"The book describes how they lived and the circumstances. The torture, there's vivid descriptions of the torture they suffered. It's beyond horrible," said George Hayward, the author of the book and host of the podcast.

The story chronicles the plan and failure of an escape attempt and just how Lt. Col. Alton Meyer tried to help his comrades escape. The eventual failure led to the torture of all of the prisoners at Hanoi, including Meyer.

"As far as specific pieces in the escape, I can't think of anything offhand where he said, 'I did this,'" Hayward said when asked for specifics on Meyer's role in the escape. "He focused a lot in our conversations about the inerrant conflict within the room."

Hayward said Meyer talked about the conflict between John Dremisi and the other prisoners and said no one liked him. He said they had to work together for the chance at freedom.

"Dremisi was the guy that was driving the escape effort and he was obsessed with it and the rest of them were of the attitude they would help but didn't think there was any chance at it happening," Hayward said.

Hayward said the torture endured, especially after they were recaptured was intense, unforgiving and deadly.

One technique is known as "The Rope," where they would tie wrists together behind their back and then tie their elbows together as well. Ankles would be shackled too tight for air circulation.

"You get your arms tied behind your back, the wrists and elbows, then they would tie a rope to that and pull your arms up and over behind your back so your shoulders would be dislocated and then fold you forward until your head was between your knees," Hayward said. "Then they would string the rope around the manacles around your ankles, pull it tight that way before looping it back around your neck and pull it as tight as they could without suffocating you."

Hayward wrote the "The Party Dolls" from interviews he recorded between 1995 and 2002 with nine former POWs including Meyer, who died in 2017. Hayward’s original recordings of Meyer and other POWs recounting the escape, some 20 hours of oral Vietnam War history recorded two decades ago and is being donated to the Library of Congress for its Vietnam History Project.

"He has a very key supporting role in this story and is quoted extensively and they don't know about it," he said. "The Library of Congress needs either the POW or his family's permission to include his story in their project."

Hayward also said he would like to get the family a digital copy of Meyer's story for them to have, because it's there's.

"I feel very honored and blessed to be able to tell this story, yeah, so just be to able to give a piece of him back to them, that would mean the world to me," he said.

The book can be found for purchase on Amazon.