Farida Karpoff works at A&L Florist in Copperas Cove. Her husband is a U.S. Army veteran, so Karpoff thinks it's important to honor fallen vets who have no one. 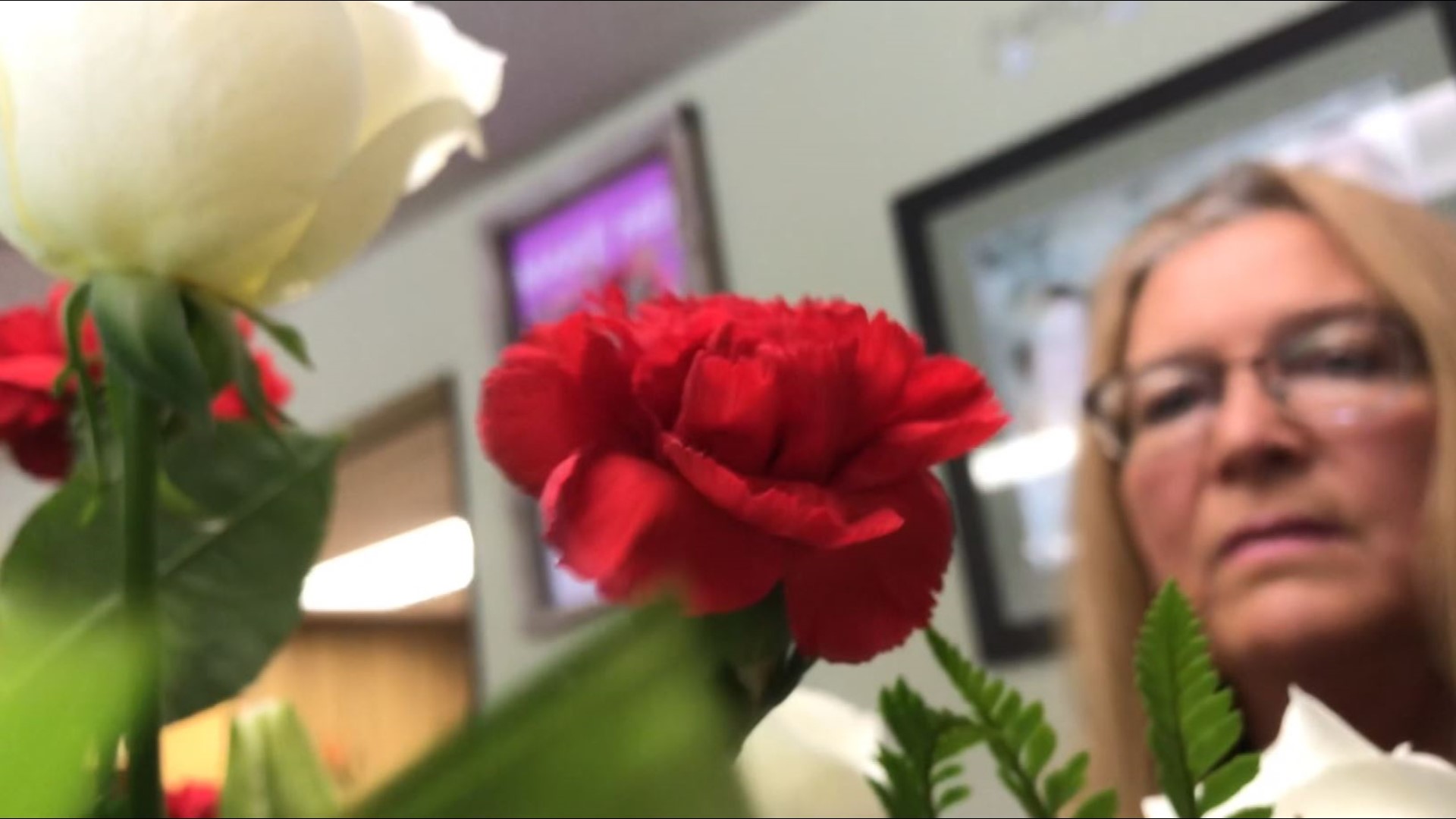 COPPERAS COVE, Texas — Since 2015, 111 veterans were buried without a family at the Central Texas State Veterans Cemetery in Killeen. Farida Karpoff prepares the bouquets for every single funeral.

"We had unaccompanied soldiers and they needed to have something," Karpoff said.

She arranged the flowers on Monday for yet another unaccompanied burial. The funeral is set for 11 a.m. Tuesday at the Texas State Veterans Cemetery.

Karpoff's husband was in the U.S. Army. That connection to the military kicked off her involvement with the burials.

"My husband's a vet," she said. "The other girls that work here, their families are vets. We have to stick together. We have to take care of them."

Karpoff has made flowers for the fallen for a long time now.

"I never know who they are for," she said.

To her, that doesn't matter. She said her job is to honor them put her heart into the display and let them know she cares.

During his time in the Army, Karpoff's husband was deployed to Operation Desert Storm. She said it was terrifying to not know if he was going to be killed in action.

The thought of someone being alone at all is hard and emotional for her.

"It's not an easy life," she said. "People lose their loved ones, and it's difficult. So, if this is the least I can do, then I'll do it."

Every bouquet is different, like a human fingerprint, they're a unique design, just as each veteran was.

She said the flowers aren't enough for them and she knows it because nothing ever will be.