A study shows 1 in 6 Texas military families struggle with hunger. 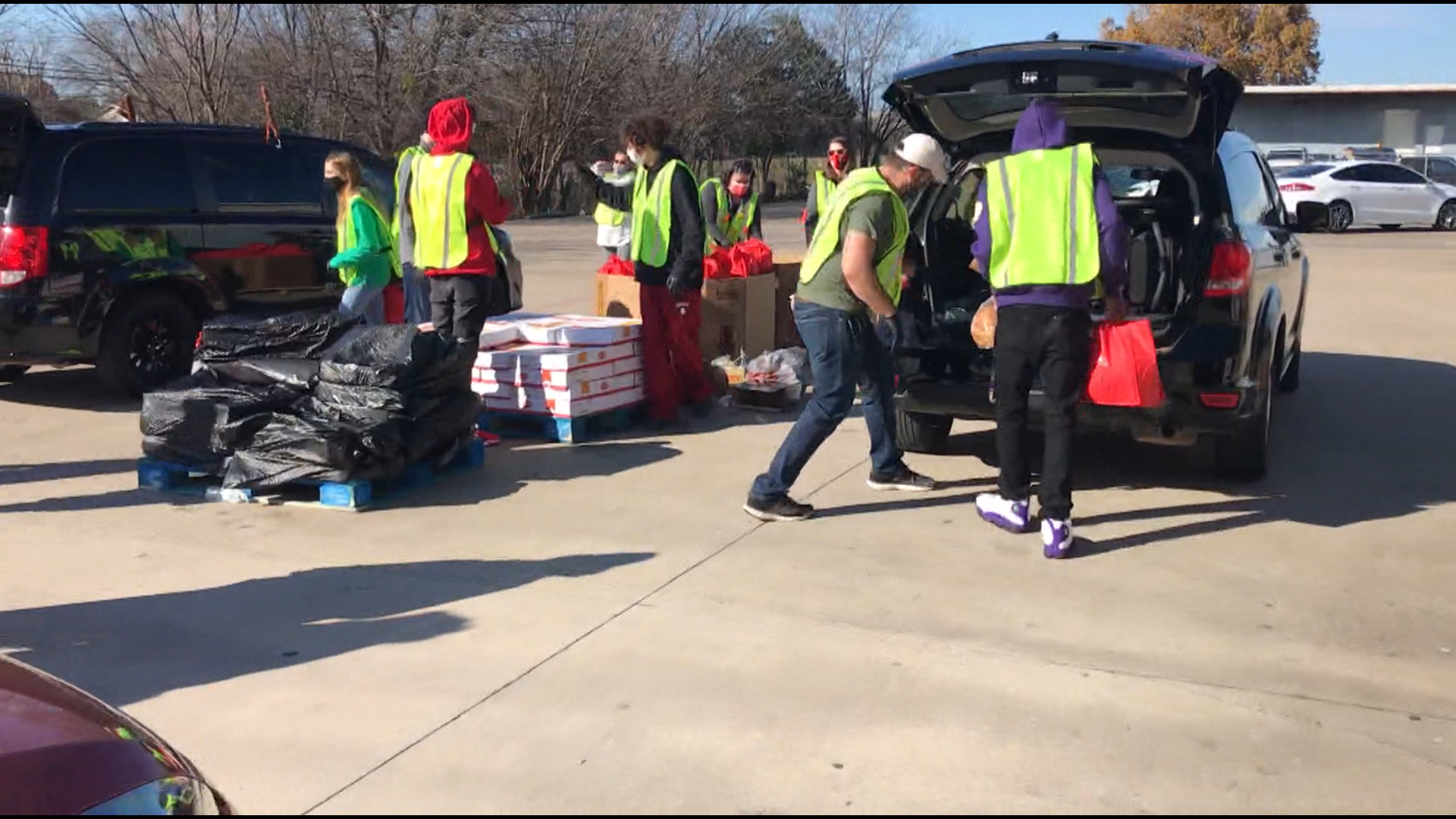 "Texas had the highest rate of food insecurity among military families, which showed one in six reported this and that's higher than any other military installation around the nation," said Elisa Borah, the director for The Institute of Military and Veteran Wellness.

At the Food Center of Killeen on Tuesdaay morning, 500 military families stationed at Fort Hood received boxed and bagged food just before Christmas. The food was donated by Tyson Foods and H-E-B.

"For the most part, it's like yeah, in a sense, a guaranteed paycheck, it's not always the case," said Patrice O'Bryan, a military spouse who came to receive food. "Sometimes there are instances where it is a struggle and when someone is willing to help, it's a wonderful thing."

One of the reasons food insecurity is an issue, experts said, is because military families are growing exponentially, especially among younger soldiers. The need is at an all-time high.

"We simply want to raise awareness in the community, not just here in Killeen and the greater Fort Hood area but all of Texas," Joseph Kosper with the Military Family Advisory Network said. "Frankly, we want to raise awareness all over the United States that we have service members year-round that do not have enough money to put food on the table and that is a shame."

"Yes, sometimes you have to pick and choose, what am I going to do this month as far as am I going grocery shopping," O'Bryan agreed. "Am I going to get a bunch of pre-made things or do we try and do fresh and see if that stretches a little bit further."

Kosper said he'd like to see the community step up early and often for military families but also pointed to leadership in the ranks to be the change right here in Central Texas.

"It's a role of leadership to check in on families to make sure they have what they need and it's not enough to just ask, it's more important to verify. That's their role," he said.

Borah, who has studied this firsthand as a Research Associate Professor at the University of Texas at Austin, said they aren't sure yet why this is a major problem but they are looking into it so they can better understand it.

"We don't know why yet, but it could be not enough income," she offered. "It could be that a family could not live on that much income and still be able to pay all their bills and be able to cover the cost of food by the end of the month."

Borah also said it could come down to budgeting and finding a better way for soldiers and their families to manage their money. She said it's something that will be studied further.

"Let your elected officials know that the pay scales for our military probably aren't what they need to be if we have so many here at Fort Hood alone that are struggling and need food assistance," Kosper said.

O'Bryan, whose husband is deployed said she understands the pride factor but also says that in times like this, there is no shame in asking for help.

"There are people who are like 'oh, I'm not going to, I'm too proud for that,' but it's help, and if you need it, go for it. You can't get the things you need struggling," she said.