Funk II was promoted last month and will be reassigned to Joint Base Langley-Eustis, Virginia. 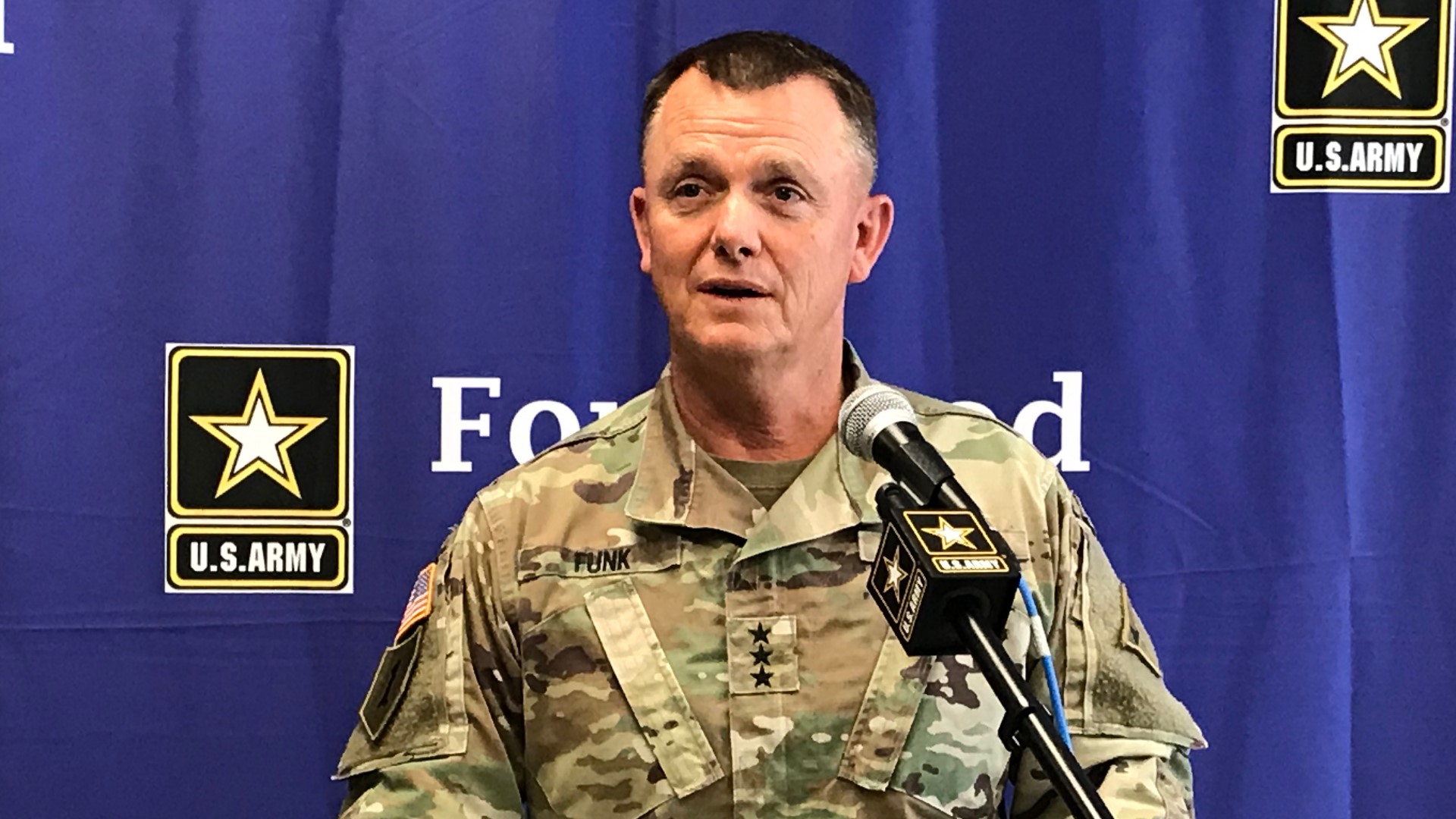 Some of General Funk's accomplishments while at Fort Hood include leading the III Corps Headquarters and Combined Joint Task Force -- Operation Inherent Resolve. He also led the III Corps during the liberation of more than 1.6-million people in Iraq and Syria.

"Leading the Corps Headquarters to the deployment and then coming home victorious through an accelerated campaign plan," LTG Funk said when asked about what his most memorable accomplishment was over the last two years. "Watching the collapse of just a terrible evil people, you know the ISIS, watching that Caliphate collapse was very powerful to me."

LTG. Funk was asked his message to his soldiers, men and women he's helped shape into Phantom Warriors, as he gets ready to leave The Great Place.

"I am incredibly proud of the way they have tackled training, maintaining, morale, discipline and teamwork," he said. "How the took the Phantom Vision and colquated it into themselves, to their organizations, into their families, into their homes.

Gen. Funk also took some time to thank military families for their sacrifice to this great country.

One of the last things Funk mentioned was that soldiers are the bedrock of our nation. He said the American soldier can change the condition across the globe, adding that the cloth of our nation brings both hope and fear everywhere it happens to be.

Funk II was promoted last month to the rank of general and was assigned as the commanding general of U.S. Army Training and Doctrine Command at Joint Base Langley-Eustis, Virginia.

As of Tuesday, there has been no formal announcement on who will succeed Funk II as the Commanding General of Fort Hood.