Maureen Elliott helped author Page 117 of the Fort Hood Independent Review, which details issues with family housing and other facilities. 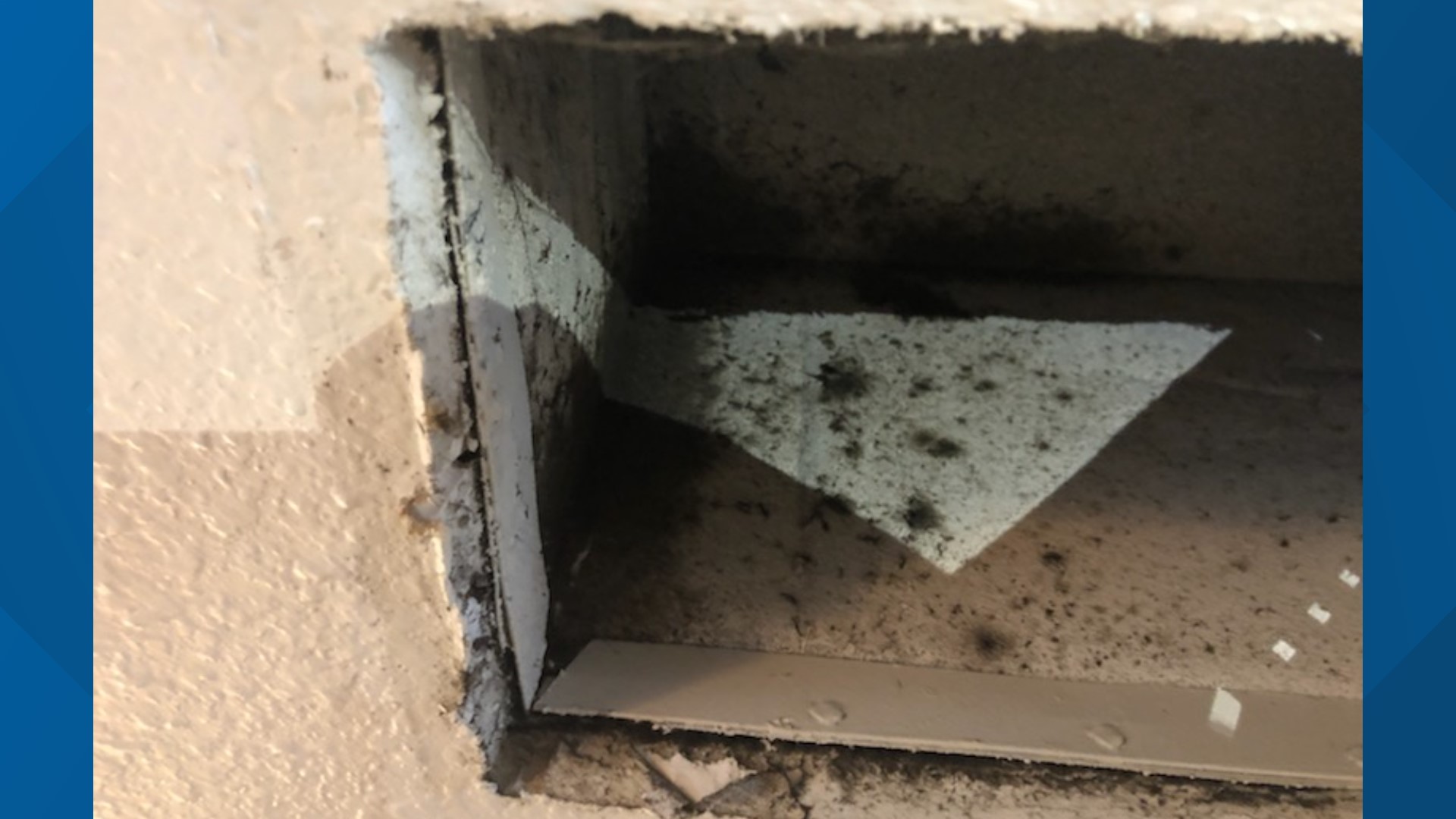 TEMPLE, Texas — The anger is evident if you scroll through Maureen Elliott's Twitter feed as she beats the drum on housing inequality at Fort Hood, a day before a closed briefing on the Fort Hood command climate survey.

"I haven't seen anyone from @iiicorps_cg stop by my house as my entire families life is destroyed. Its not #PeopleFirst its #PartnersFirst," she tweeted on Jan. 29.

I havent seen anyone from @iiicorps_cg stop by my house as my entire families life is destroyed. Its not #PeopleFirst its #PartnersFirst

Elliott is one of many who are angry and tired of what is perceived as not doing enough for those who volunteer to defend the freedoms of the U.S.

The U.S. Army announced in January a $1.1 billion deal, with LendLease, to improve housing conditions at six installations across the country, including Fort Hood.

"Under the guidance of Army senior leaders to ensure readiness of our force and quality of life for soldiers and their families, we have reached an extraordinary milestone with LendLease," Gen. Ed Daly, head of Army Materiel Command, said in a press release. "This additional investment will go a long way in improving the quality of homes for soldiers and their families."

Courtney Hamilton, another loud critic of the Fort Hood housing, tweeted her displeasure with the Army for not cutting ties with LendLease altogether.

"The 100+ families who have lost everything, possession and their health, because of their toxic on post homes deserve an explanation from @USArmy on how exactly giving LendLease $1.1 billion is putting #PeopleFirst They should have lost their contract @ArmyChiefStaff @16thSMA," she tweeted.

The 100+ families who have lost everything, possession and their health, because of their toxic on post homes deserve an explanation from @USArmy on how exactly giving LendLease $1.1 billion is putting #PeopleFirst They should have lost their contract @ArmyChiefStaff @16thSMA

Stefanie Murphy, the Corporate Communities Director for LendLease told 6 News in a statement Wednesday that the $1.1-billion dollars received is done so through private capital and is managed in partnership with the Army.

“The $1.1 bn investment will be deployed across the entirety of our Army portfolio and has always been part of our improvement strategy for the inventory, much of which was built decades before we obtained ownership," Murphy said. "The capital will expedite important housing and community improvement projects, including renovating more than 12,000 existing homes and constructing more than 1,200 new homes across the six military housing communities. We understand that service members and their families put their trust in us to provide quality homes and community resources, and this new work will enable us to continue delivering on that commitment under an accelerated timeline. ”

Elliott, who helped to author Page 117 of the Fort Hood Independent Review, said the recommendation of an investigation needs to happen sooner rather than later.

"Our fight has to go higher than Fort Hood. Our voices have to be heard and we have to do everything we can to try and get an investigation into Fort Hood Housing," she said. "We have to hope that someone cares enough to care about us."

"Today, the Army announced that Fort Hood will receive significant funding to upgrade and build new housing for enlisted Soldiers  Work will begin in summer 2021. Thank you to the Soldiers and Families who participated in various town halls, focus groups, and surveys; this accelerated funding is a direct result of your input during those open forums. I look forward to seeing our Soldiers and their families in modern housing that they can be proud to call home. People are our greatest asset, and we owe it to the Soldiers and families who work and live here to provide them the best housing possible."

"Fort Hood is excited to learn of additional monies earmarked toward renovating our existing housing as well as new construction as announced today by the Department of the Army and LendLease. We look forward to continuing work with our partners at Fort Hood Family Housing to provide quality housing for our Soldiers and their families,” Wesbrock said.

The Elliott family no longer lives on post, but many of their friends still do. Maureen said the homes they lived in and the sickness she's seen her family endure has been devastating.

"Stop seeing us as dollar signs and see us as people that are in deep need of help and for people to step in for them. So we can get out of these conditions and make things better for our families, now and in the future," she said.

“When we visited Fort Hood last September, we met with commanders and talked to soldiers, and what we heard was very troubling. The Fort Hood Independent Review Commission’s report underscored what we learned. The Fort Hood leadership was disengaged, from the very top down to squad level, and that resulted in the ineffective implementation of programs designed to respond to sexual harassment and assault. We fully support the Secretary of the Army’s decision to hold 14 Fort Hood leaders accountable for these failures.

“Today (Thursday), the committee heard from two of the three co-chairs of the Army’s People First Task Force, which was created in response to the Fort Hood Independent Review Committee report. We are confident that the task force will take the findings and recommendations from Fort Hood and develop solutions that can work Army-wide. This won’t be easy, but it is critical that the Army get it right. We’re grateful to General Brito and Ms. Randon, as well as Command Sergeant Major Guerra and the whole task force for taking on this important responsibility.

“It’s going to take real leadership to fix the problems at Fort Hood and throughout the Army. What we heard today gives us hope, but hope alone isn’t enough. We look forward to working with the task force and leadership at DOD to solve these troubling issues once and for all. The committee will continue to focus on this issue, press for reforms and consider the full range of options to ensure real, lasting, positive changes are made.” 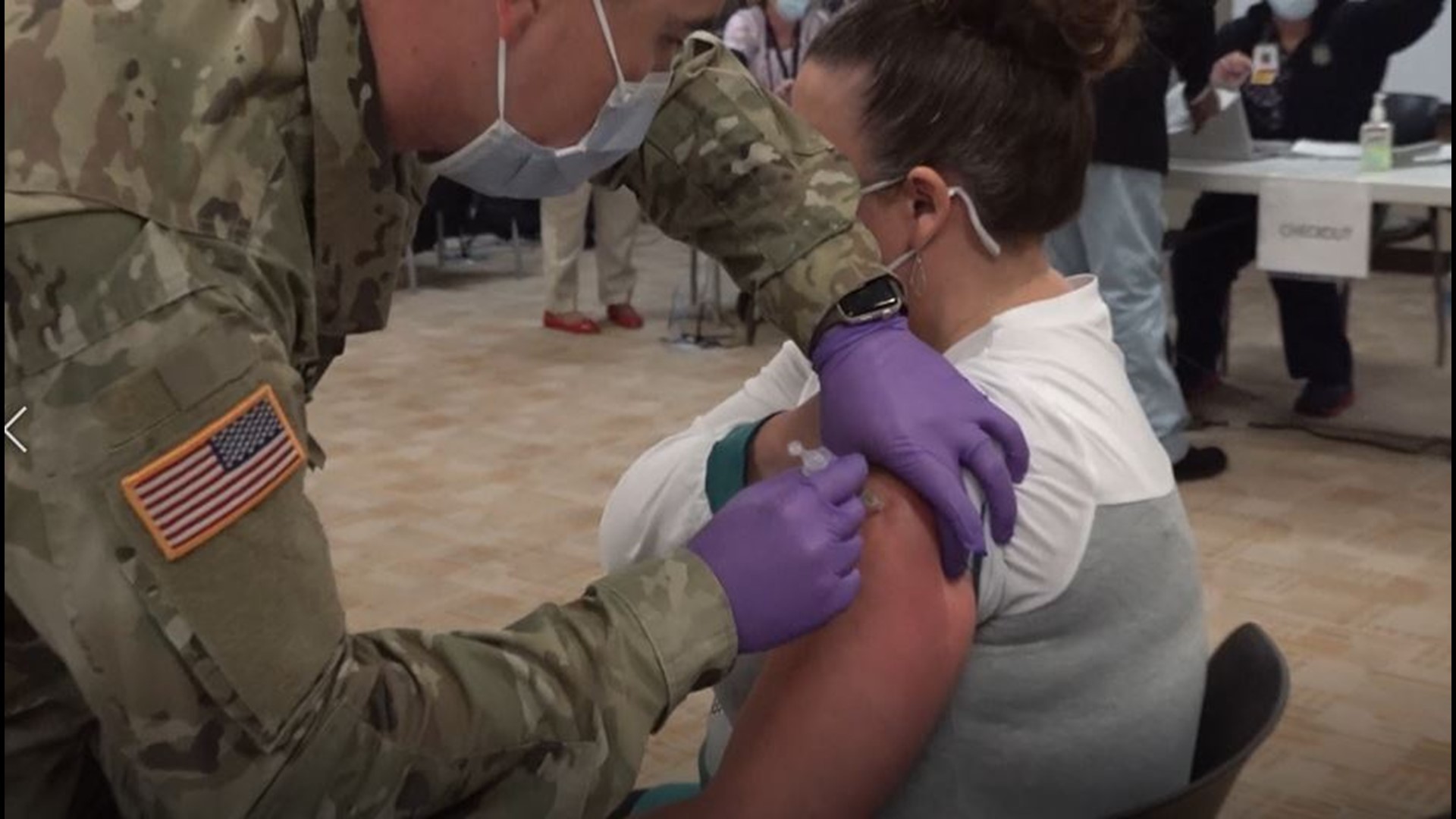