Giving Tuesday Military | Spreading kindness one moment at a time

Maria Reed, a co-founder of Giving Tuesday Military, said she believes an act of kindness has an everlasting ripple effect. 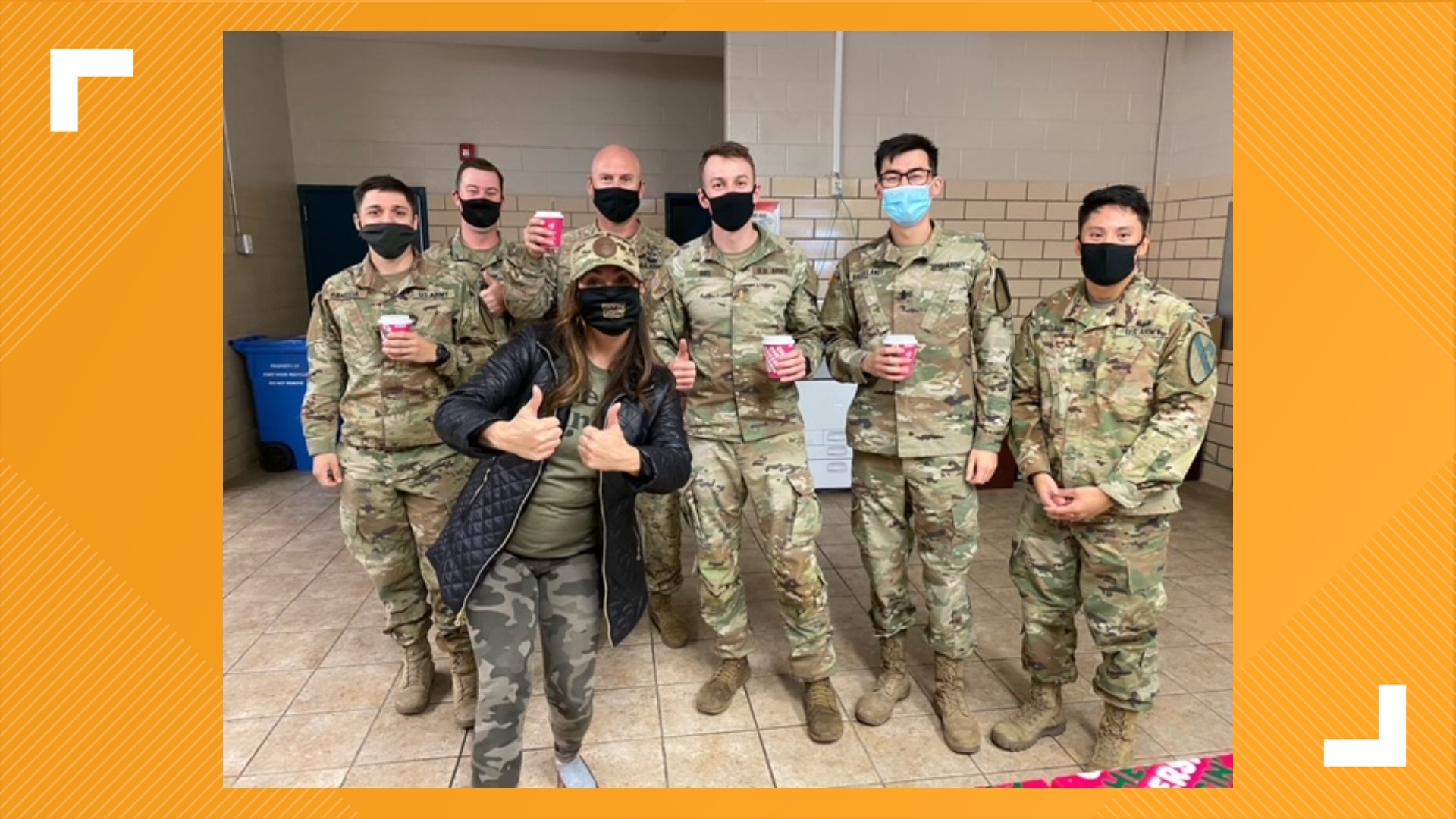 COPPERAS COVE, Texas — It's hard to believe that it has already been one year since Giving Tuesday Military debuted across the world in record numbers.

"We worked with the Giving Tuesday organization to come up with something that would really unite both the civilian and military community," said Maria Reed, a co-founder of the organization.

"It's just a day to shower people with kindness, love and joy," Reed said. "Especially in today's climate, it seems we've lost how to be nice and we've forgotten all about it."

This year, Reed said they didn't want to put a number on how many acts of kindness they could squeeze into 24 hours of time but it won't be for a lack of trying.

"It started this morning at about midnight," Reed said. "When we got online and shared with our communities that today is the day, let's flood the waves  and social media with incredible acts of kindness."

Reed said they have teams working around the clock in all parts of the world, including Okinawa and Hawaii, hellbent on making a difference in both the civilian world and the military communities there.

"I don't know but I really hope so," Reed said when asked if there was kindness still in this world. "I want to believe in my heart of hearts that there is."

On this Giving Tuesday Military, Reed set out to make a difference under the early morning Texas sun. She stopped at Dunkin' in Killeen and Starbucks next to that and delivered it on post to soldiers and their command as a way to show them how appreciated they are.

She made stops at police stations and firehouses, paid for groceries at H-E-B for families checking out, and delivered floral arrangements donated by The Daisy Flower Shop to a nearby nursing home.

Reed said just one person doing one act of kindness can make a huge impact and that its effects stretch far and wide.

"It's a ripple effect. It just doesn't affect the person who's receiving that kindness," she said. "It's beautiful to watch how kindness can really change people."

Reed told 6 News that kindness matters and as we all buzz around in our daily lives we have no idea what the person next to us is going through. A smile and a wave can literally change a life.

"Watching other people, getting to see the joy that a simple act of kindness can bring them, there is no amount of money or any other type of gratification, It is so so powerful," she said.