J.D. McBride believes the fall of Kabul was inevitable if America pulled out 100% 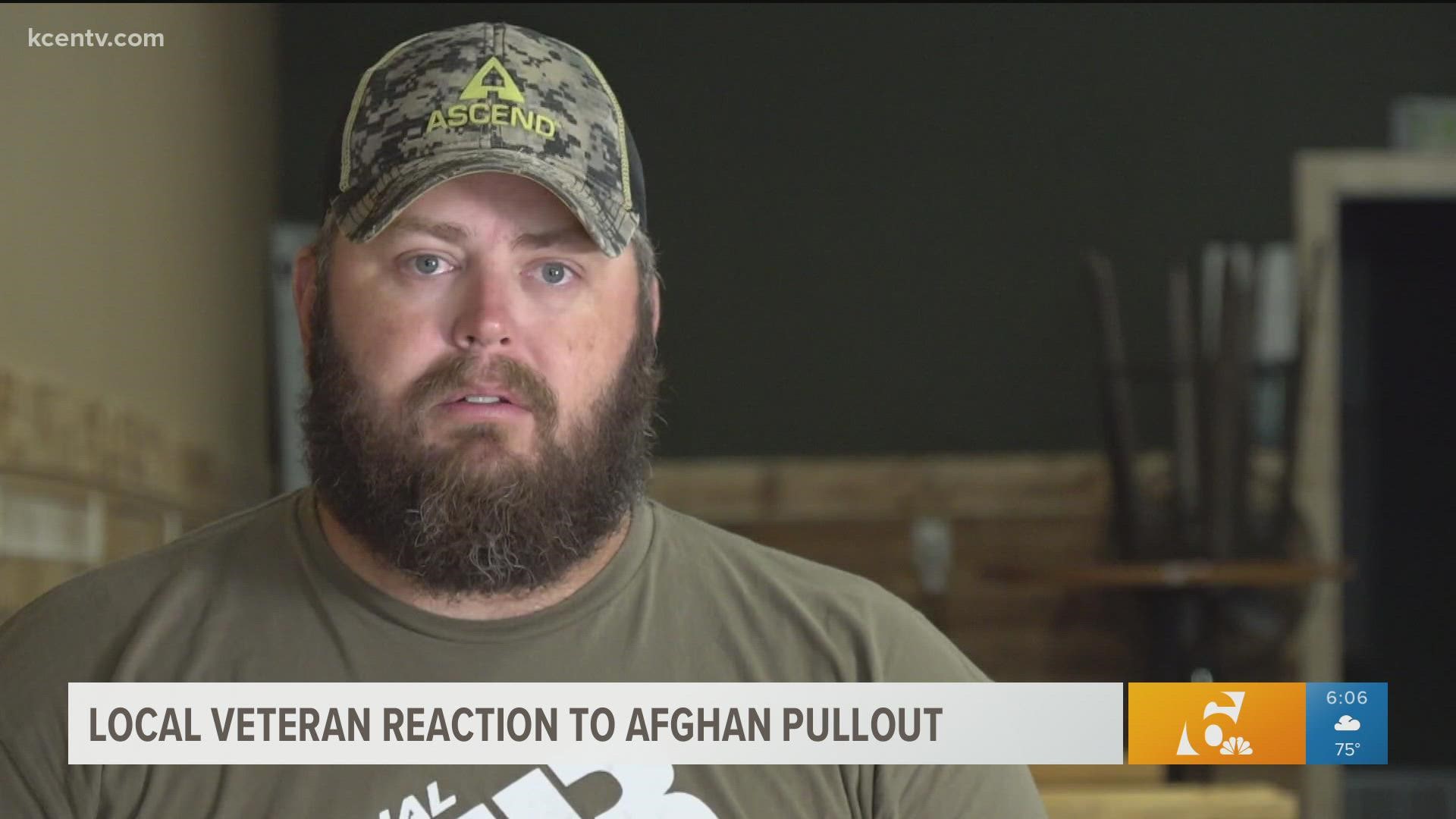 J.D. McBride, a veteran of both the United States Marines and Army, said there is a lot of blame to go around, pointing his finger at the Commanders on the ground who, he said, failed to execute.

"If I was to point at any group, honestly, it would be at the military commanders on the ground that allowed the execution of this plan to take place," McBride said, choosing his words carefully.

The final pullout from Afghanistan was a call President Joe Biden made in April, fulfilling a pledge to an what he called "a forever war" that began in response to the September 11, 2001 attacks on American soil. Those attacks killed nearly 3,000 people in New York, Washington and a small rural field in Pennsylvania.

McBride told 6 News on Monday that America should have learned from past wars and is saddened to see the result play out in real time with nothing he could do.

"We should have learned lessons from previous conflicts, you know, Vietnam is one of he great ones," he said. "There were just so many levels of leadership that failed, that absolutely failed."

McBride also placed blame on President Biden because, he said, it falls on him and his administration as well.

"He is the Commander in Chief but it doesn't matter which President is sitting there because that individual would have been held responsible, their the ones that make the final decision," he said. "He does share blame and his administration shares blame however that buck could have stopped the military commanders on the ground."

McBride, couldn't answer how many tears he's cried since Thursday, tears for those who lost their lives and the tears for the families who would receive that inevitable knock on the door within hours.

"Thursday night hit me pretty hard going home I just had to just stop and go sit down on the porch and just reflect on the families that got the notifications and thinking of the friends and battle buddies I've had that have had their families get the notification," he admitted.

McBride likened the feeling he felt in that moment to emptiness and grief for everyone.

"It's not just the families that suffer, it's the friends that have an empty parking space at the barracks or an empty spot in formation," he explained from experience. "It tears you up once you get it, once it grabs a hold."

McBride knows the feeling of loss and grief from the friends he had that never made it home. The words are hard to come by when asked what he would say to the family and friends of the 13 lost last week, outside of how sorry he is for all of them.

"I'm sorry, that's all it is, that's all it can be," McBride explained as he fought back tears. "They sent their sons and daughters off to fight for this country and what it's suppose to stand for. I am sorry that it happened. Do I think it was a preventative situation? Definitely."

As for what's next, McBride said no American should be left behind and he wants to see every last one of them brought home. He doesn't understand why any American would want to stay there.

"Unless they are doing something to get Americans to safety, to the airport, on a plane back to home," McBride said.

McBride also said working with Afghanistan government is essential moving forward to find out what they want for their own future but we do need to have a hand in helping, just as we have for others.

"It's about trying to figure out what they want to do to move forward and what they're willing to put forward to take back their country," McBride said. "As far as the egg on our face, it's going to be there and there's no getting rid of it for awhile and I believe we have to rely on the Afghanistan government on what they want to do it and how we are going to do that equally sharing the burden for it."