"Blessings in a Bag" collects items of need for veterans who need that extra help. 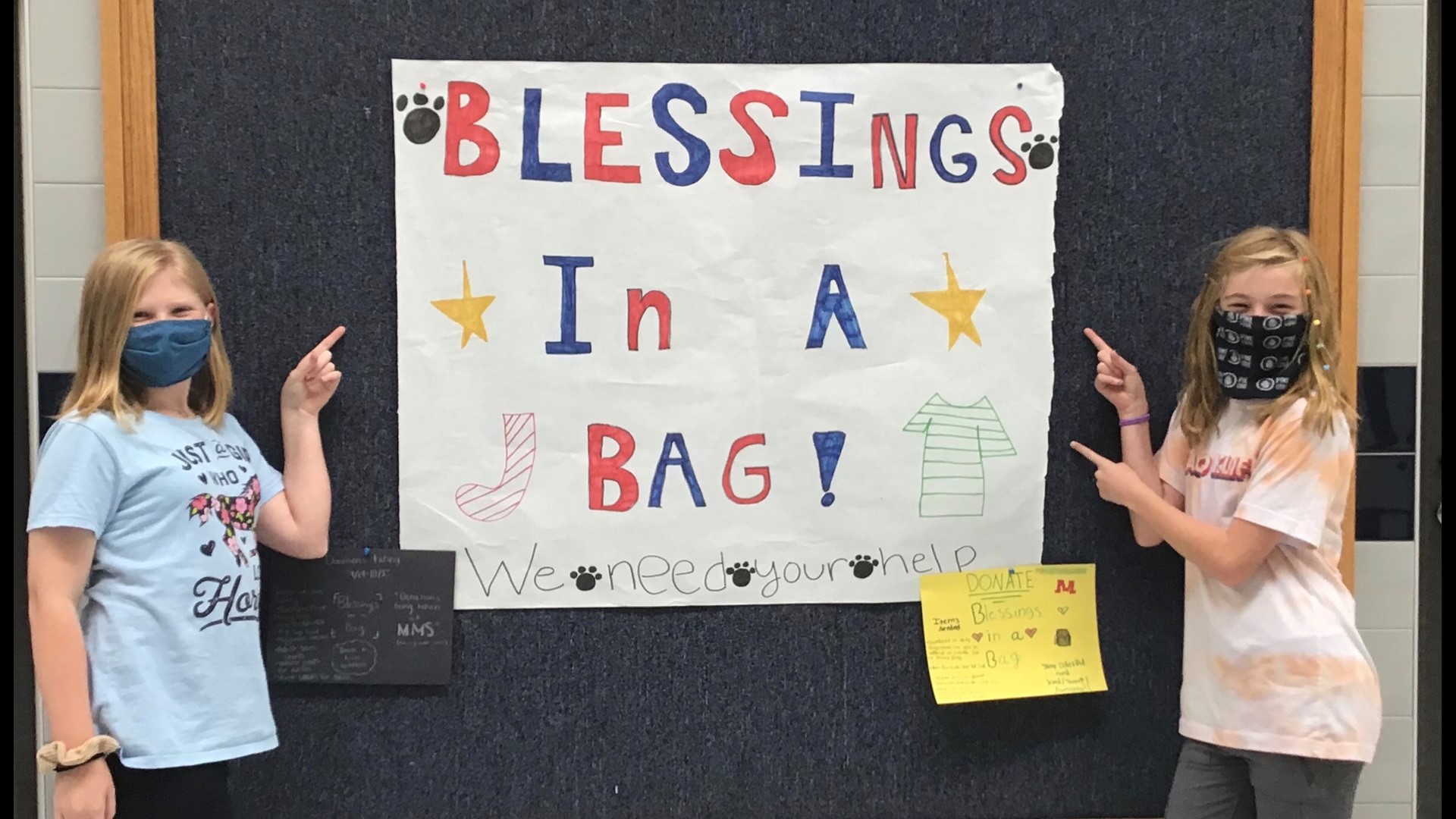 WACO, Texas — Midway Middle School in Waco introduced their first community service project of the academic school year called Blessings in a Bag. It's a project geared to help local veterans at the Veteran One Stop.

"You know, it's really troubling times right now," said Mitchell Kronwinkler, a veteran of the United States Marine Corps who learned of the project today. "But this is that little glimmer of light that shows that people still care about people and you can't beat that."

The project at Midway Middle School is led, in part, by Mr. Christopher Gayton as part of a Community Outreach Class for seventh-grade students. Students in the class made flyers to share with friends and family and to hang around campus to try and get everyone involved.

"The project is very important to me because I've been involved with service before," Gayton said. "My soccer coach at University Highschool was Mr. Chapman, and he was very involved in community service. I was taught from a young age how to be involved in the community and how to help others."

Two of Gayton's students in his Community Outreach class, Kylee Gooch and Brianna Kidd, come from military families and so the project is special to both of them.

"My Great-Grandpa is 99 years old now," Gooch said. "I believe he served in the Air Force and his service was very special to me."

Kidd said she believes her Grandpa served and worked on computers and is happy to be a part of a project like this one.

"Some people are in need," she said. "And so you need help those people because they might be struggling and it's also the right thing to do."

Because of COVID-19, visitors aren't allowed on campus, but that doesn't mean they can't take your donation for veterans at the One Stop in Waco.

If you know someone that goes to school at Midway Middle School or someone who works there, you can give it to them.

"I've also been telling my students that service doesn't have a timeline," Gayton said. "Students know that once our project officially ends, they are more than welcome to reach out to organizations and continue giving back."

"I can promise you, everyone, who does get it, they absolutely love it," Kronwinkler said. "It still shows that there are people that care, whether or not you're seeing that first hand but that means a lot."

Donations for Blessings in a Bag ends on Friday, October 2.