Friday was one of the last nights a local graduate will have at his childhood home before he ships out to basic training at Fort Jackson, South Carolina. 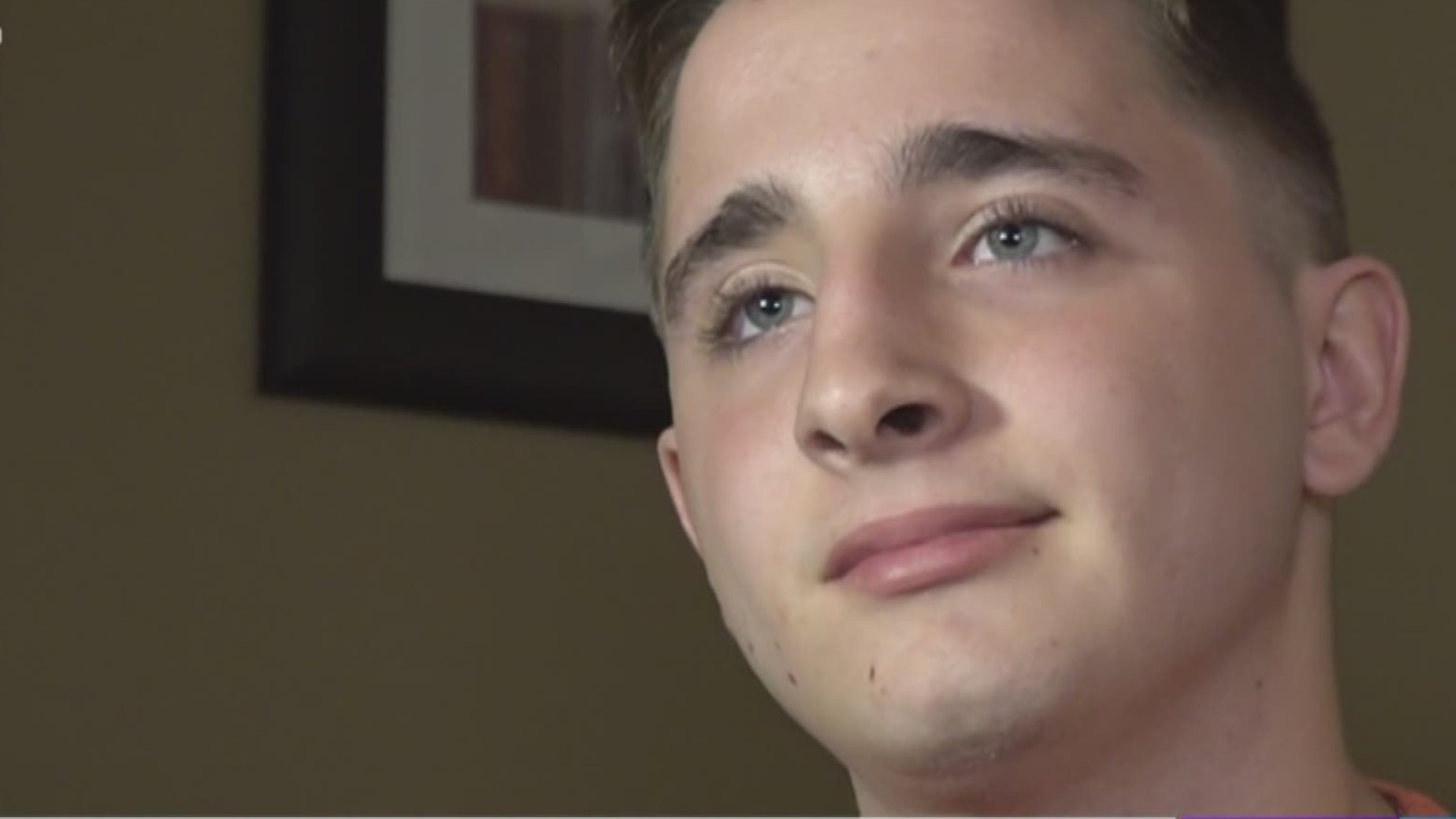 KILLEEN, Texas — The Rush family home is tucked inside a quiet neighborhood in Killeen. Inside of it, you can hear the laugh of a Tyler Rush, a recent high school graduate ready to make his mark on the world in the United States Army.

"I am very proud of him," Tyler's mom, Elizabeth Rush, said. "It's just been me and my kids. He's gone through many things in his life and has always come out on top."

Tyler wants to be a paramedic when he gets older. He said he knows he can realize his dream through service to his country, something he's proud to do.

"I grew up here next to Fort Hood," Tyler said. "I see all the people in their uniforms and they're really respected. They're doing something with their life. They aren't just stuck here doing a dead-end job."

Friday was one of the last nights Tyler will have at his childhood home before he ships out to basic training at Fort Jackson, South Carolina.

"That's the unfortunate thing," Elizabeth said. "I won't know until it happens what I'm going to be able to do or what I am going to do."

She also said it probably won't sink in until the next morning that he's actually gone.

"There's definitely going to be a void," Tyler said. "Something will definitely will be missing in my life, but I know she will be proud of me for doing something bigger than me."

Tyler isn't the first in his family to serve. He's following in his grandpa's footsteps, a man who spent 20 years defending this country.

"I'm willing to help anyway that I can," Tyler said. "I'll volunteer with anything that I can help with. Selfless service is one of our leaderships. Loyalty, duty, respect, selfless service, honor, integrity, personal courage... I want to show them all of those things."

As proud as his mother is, she admits she still has her worries.

She also knows she can't stop him. She said even if she could, she wouldn't.

She said one of the things she'll miss the most is his sense of humor.

"We got a bunch of one liners, " Elizabeth said. "I mean, talking to myself won't be as much fun. Joking with myself isn't going to be as fun as joking with Tyler."

As Tyler begins to pack for his adventure, he said he hopes his mom doesn't worry. He can't wait to come home to see her again soon.